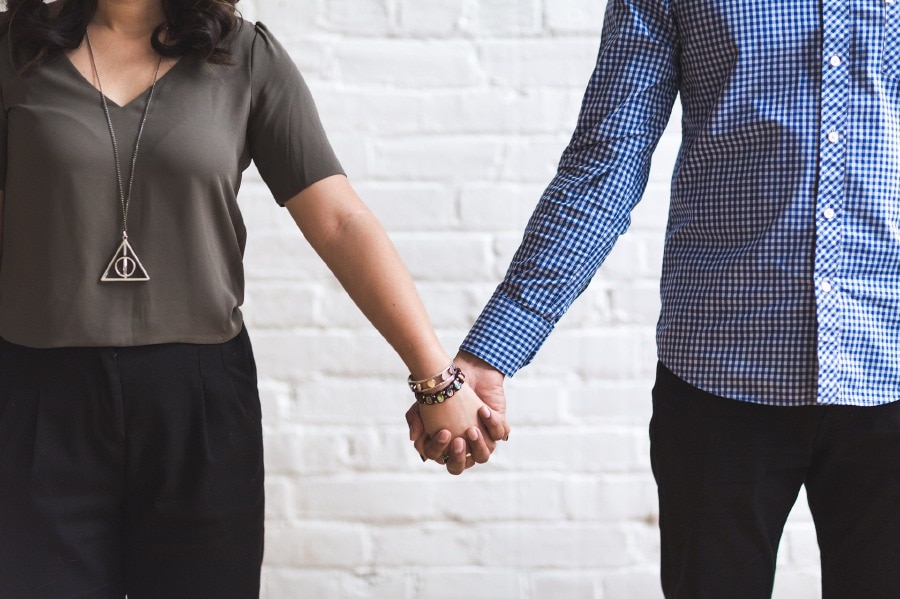 I pray you find hope again for your dying marriage.

Hubby returned home from a business trip after spending three nights away and the first thing I noticed was that he came home in my pants. Why! He said wearing it makes him feel closer to me. I can also recollect some months back when I was on an official trip, my kids told me their father wore my tops to bed every night I was away. What was his excuse? Wearing my clothes makes him feel closer to me.

“Didn’t we speak over the phone? Did we not even video-call each other?”

I laughed in his face and he said to me:

“Those ones cannot replace seeing and holding you in my arms!”

That is how my hubby makes me the centre of his world and someone reading this may want to say:

“How lucky she is to have a man who adores her!”

I sigh whenever I get such remarks from people who see us together because it wasn’t always this rosy for us, especially for me. I am writing my story to inspire someone out there not to give up. It doesn’t always have to end in divorce. Most times, we can work around it if we will be humble enough to admit our weaknesses before God and before each other. Let me tell you my story.

I got married to Lanre some 14-years ago. We had courted for about 3-years and we thought it was alright to take it to the next level. One of the traits I noticed earliest about him was that he had lots of friends and he was -in my own opinion- too loyal to them. Meanwhile, I could see that most of them did not regard him the same way but I couldn’t bring myself to tell him so. Suffice to say, our first major misunderstanding after our wedding occurred exactly a year later and it was because of one of his friends. That day, Lanre had slapped me severally and walked out on me while I laid sprawled on the bare floor in our room. I was too shocked to cry or tell anyone about it.

Did he apologize? NO! But some how, we picked things up and moved on.

About a year later, we had another misunderstanding. This time around, it was in the church and he walked out on me leaving me with our newly born 4-months old son. We were not mobile so I had to manage all alone with my baby, my own handbag and my baby’s bag. Our home was about 45-minutes drive away from our church and it was very tough handling my baby all alone with the bags especially because he was restless and he cried all the way home. If it were to be at a time like this, people would probably have stopped me on the way to ask if the child was mine.

Well, Lanre returned home the next day and rather than apologize for deserting his family in church, he charged at me and beat me up. A nursing mother!

I had had enough of that so I spoke out. You see, one of the reasons abusers keep at what they do to you is because you have chosen to exchange baton with them. What do I mean? Many women condone domestic violence because of shame. They are ashamed to let people know that they are being abused. If you are in such a situation presently, please speak out! Seek help! The abuser is the one that should be ashamed, it shouldn’t be you. You are the victim here, he is the oppressor and he does not need to be covered.

READ ALSO: Dear MIMSters: I Sowed It, I Reaped It And I Am Proud Of Me | Part 2

The shock I experienced at the first beating made me keep it to myself but the second time, I told myself it was not what I want so I must speak up. If you do not want it, don’t nurse it. I picked a few of my things, my son’s things and left the house for him. Of course, immediately he was done pummeling me, he had left the house again. I went to a family friend’s place but that was after reporting him to my family members. His parents were promptly informed and everyone, including my own people were looking for me. I did not tell them where I was and I made the people I was staying with to play along with me.

After spending a full week outside our home, and after he had suffered enough from not knowing where his son & wife were, he called my sister begging and promising never to hit me again. I returned home ten days later, and we became ‘cat and rat’ around the house. We weren’t speaking to each other for some weeks and at a point, he started threatening me that he was going to marry another woman. That did it for me.

I asked myself what I wanted most and realized it was peace so I brokered a deal with God. I asked Him to help me to honourably walk out of my marriage but not to let me lose my relationship with Him. I promised to serve Him all the days of my life and never to be bitter that my marriage ended barely two years after it began. And God said to me…