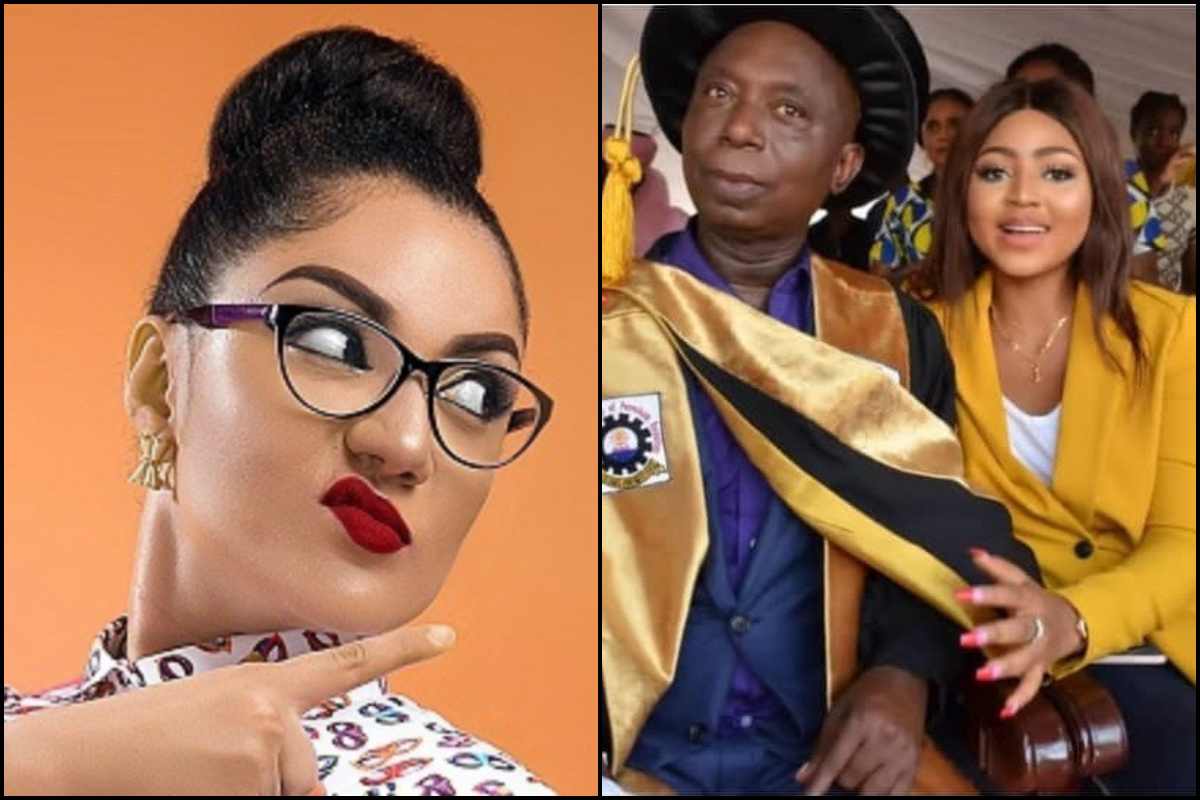 Controversial former houemate of the BigBrotherNaija show, Gifty Powers has reached out to teen actress,  Regina Daniels, saying she’s proud of her for marrying 59-year-old billionaire, Ned Nwoko. She revealed she had been in similar circumstance as the teenager whom many believe settled for her older politician husband because of financial reasons.

Gifty took to her Instagram page to share a message to Regina Daniels regarding her marriage to Ned Nwoko, asking the newlywed teenager to be brave and that all that matters is where she is headed.

Gifty also told Regina Daniels via her Insta-story that age is just a ‘bunch of deceiving numbers’ and her mother (Rita Daniels) cares about her future. 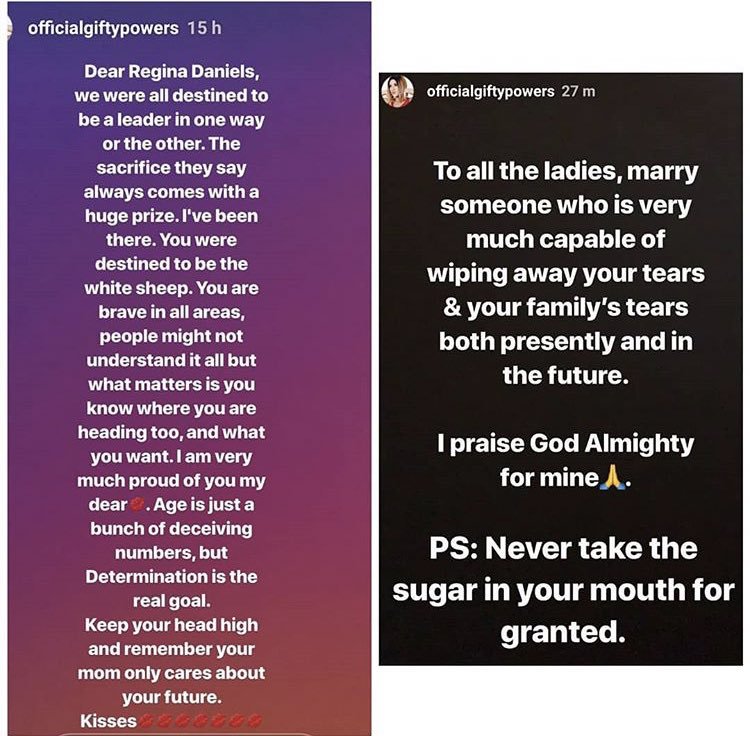 This comes after a recent claim that by an Instagram blogger cutie_juls, that Rita Daniels, the mother of the teen actress allowed the union between her daughter and Ned Nwoko because a generational curse needed to be broken.

Then your 17 year old girl making it the 4th generation comes home allegedly pregnant with a 59 abi 62 year old man. Would you rather the man pays her bride price to break this “generational curse” happening in continues 4 generation or you will allow your daughter end up bearing kids at home with no father or husband as per tradition?

Maybe she pushed her daughter in there out of pain and disappointment. Especially when it will be difficult to get an influential person like #NedNwokoarrested to impregnating your teenage daughter in a country like Nigeria where money can make the laws look bull**it

The whole thing is unfortunate and sad. Why are we not blaming #ReginaDaniels for giving her beautiful body to Pa Ned?

Why are we not blaming Pa Ned who is a politician in Regina’s state to have no better by helping Regina and her family out financially without any strings attached?

Must he have sex with the 17year old who is probably younger than most of his children before assisting her financially even when he’s already got women in his house as wives and probably some side chics out there?