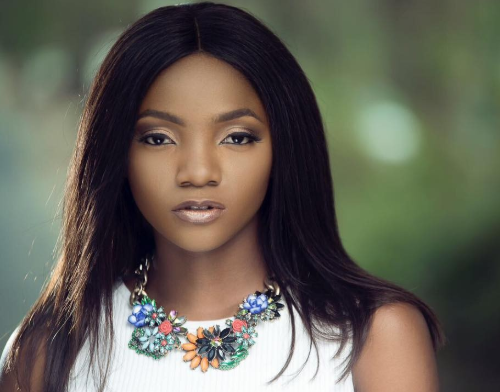 Music star, Simisola Ogunleye Kosoko, professionally known as Simi has addressed the issue of violence against women and the girl-child in our society.

The songwriter who married her hearthrob, fellow singer-songwriter, Adekunle Gold in a private ceremony earlier this year, has been quite vocal of late, condemning a number of ills in the country. This time, she’s advocating for Nigerian women and children, calling for better protection of these ‘vulnerable’ ones from physical and sexual abuses.

In an emotional post she shared on her page a few hours ago, Simi decried the mistreatment of women and the girl-child and how they are silenced by family, church, society and the government when they are assaulted.

She acknowledged that men suffer abuse too but said that women and children are more susceptible to abuse and as such should be protected.

Simi’s post comes on the heels of two high profile alleged abuse, among others that have flooded social media in the last couple of days.

On Friday, wife of R&B singer, Busola Dakolo accused Biodun Fatoyinbo, founder and senior pastor of Commonwealth of Zion Assembly of raping her when she was a teenager, in an explosive interview which has since gone viral (read here).

Also, yesterday, surveillance footage showed Nigerian youngest Senator and married dad, Elisha Abbo physically assaulting a woman claimed to be a nursing mom in an Abuja sex toy shop with the assistance of a policeman (read the story here).

The events and others like it have prompted several social media calls for more justice for women, especially when they have been raped or physically assaulted.

Below is what Simi wrote:

“Women, even little girls are not safe in this country. First, there is oppression, abuse. When something does happen to you, nobody fights for you. The family says ‘Protect our name’, the church says ‘touch not my anointed’.

The government just does not give. So men, please when people are fighting for women, say they are feminists and want equal rights for women, I hope you remember how unprotected they are and fight with them.

Women, when you see another woman fighting for you and your rights, if you don’t like the approach because you think everything is all about submission, your life is constantly at stake.

If it hasn’t touched you yet, count your blessings. Open your eyes, the world does not favour you. Fight back. As for these animals, you can only slap and rape for so long. One by one, judgement will find you and drag you down. I know men go through sexual assault too!

I acknowledge it but women and children are more vulnerable. Let’s fight for and protect the most vulnerable in the society.”