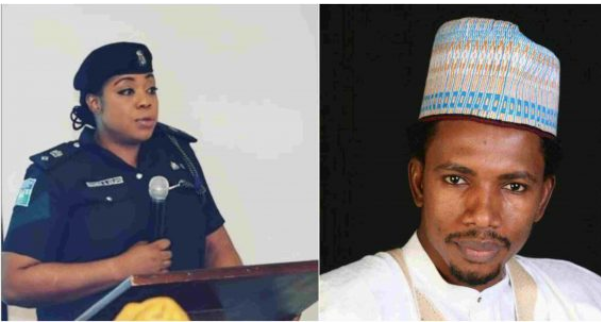 Twitter User, @The06Gentleman Narrates How He Saved His Partner’s Life During Sex

CSP Dolapo Badmus has reacted to the trending footage that shows Nigeria youngest Senator, Elisha Abbo assaulting a woman in a sex toy shop in Abuja (watch the footage here).

According to the police boss, the married senator, if found guilty of the assault in the court of law may face up to ten (10) years in jail as punishment for his offence. The police provost wrote on Instagram:

“The offence of assault is created by section 113 of the Criminal Code. A person is guilty of this offence if they unlawfully offer or attempt, with force or violence, to strike, beat, wound, or do bodily harm to another is liable to at least one year imprisonment and if the assault is aggravated… punishment is up to 10 years!”

In the now viral video, senator Abbo is captured raining slaps on a nursing mom all because she told him to “take it easy” as he had accused the shop owner of insulting him. He said the shop owner called him a drunk.

A police officer was also at the scene but did nothing to stop Abbo. After assaulting the young women, Abbo, who is a married dad told the officer and the other men with him to take the woman away.

The incident was said to have taken place on May 11, 2019, when Abbo was senator-elect, and a month before his inauguration. The victim reported the case at the Maitama Area Command Headquarters on May 14th, but the police told the victim to go look for Abbo’s telephone number or they would not be able to do anything about it.

PT gathered information from sources familiar with the story who spoke on the condition of anonymity. They said Abbo arrived at the shop at 6pm on May 11 with 3 women to purchase adult toys and shortly after, one of the women began throwing up in the shop.

When the attendant raised concern over the incident, Abbo was said to have gotten angry and accused the shop owner of poisoning the store’s air conditioner.

As the altercation continued, Abbo began making some calls, asking some people how close they were. Shortly after, an armed police officer walked in and Abbo, speaking Hausa, told the man that the woman had insulted him

and that he had called the assistant inspector-general (AIG) over the matter, who then assured him that he would call the police commissioner to call the Maitama Area Command.

Later on, the shop owner’s friend, who was standing nearby, told Abbo to “take it easy”. That was when the senator proceed to hit her on the face and body repeatedly.

The victim was taken to the hospital after the incident and was treated for eye inflammation and other injuries she sustained during the attack.

Premium Times reports that Abbo returned to the shop to see if there was a CCTV recording from the night. He was told the CCTV wasn’t functioning and he was said to have threatened to deal with the them if the footage ever surfaced.