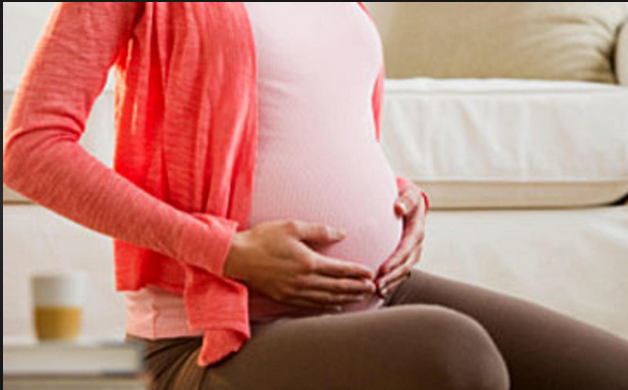 Anovulation: Causes, Symptoms And Everything You Must Know About Getting Pregnant Despite It

Head of Gynecology at the Rivers State University Teaching Hospital, Dr. Dangor Kalio, has shed more light on the issue of Cryptic pregnancy which was brought to light recently.

Recall that some days ago, a Nigerian doctor, Abah Ehi Peters brought to light an on-going scam in the eastern part of Nigerian, called ‘Cryptic Pregnancy scam’.

According to Dr. Peters, desperate women seeking to have their own child are injected with a high level of oestrogen and sometimes progesterone hormones that cause the abdomen to bloat/enlarge, causes formation of cysts and appearance of being pregnant.

He went further to share a conversation with one of his patients who believed she was pregnant but was worried because she was still seeing her period 3 months into the supposed pregnancy. On further inquiry about how she found out she was pregnant, she opened up about the Cryptic Pregnancy.

In a recent interview with DAILY POST on Monday, Dr. Kalio warned against the act that is widely known among women. The gynae described the act as wicked, adding that the practice is an act of fraud used by quacks to extort women who are desperately in need of conception.

The Consultant Gynecologist, who confirmed the existence of cryptic pregnancy, said it is a risky form of pregnancy as the women involved do not undergo the regular routine for pregnant women. According to Dr. Kalio,

“If there are doctors who infuse substance into their clients in other for them to get pregnant, that is a fraudulent scheme. It is a scam.

That is, the bearer of the pregnancy does not know about it: Common conventional methods have failed to detect it as at the time the presentation was made, until delivery.

But the high point of this is that women, who have this, have irregular menses. And also, women who take a lot of contraceptives may not believe that they are pregnant.

Let me also tell you that cryptic pregnancy comes with grave complications especially a situation where the fetus dies in the womb.”

Well, according to a parenting site, A cryptic pregnancy or stealth pregnancy is termed such when the woman who is pregnant remains unaware of her pregnancy due to subtle pregnancy symptoms.

Many of these women were told that they could not have children, or they would’ve themselves undergone sterilisation. In cryptic pregnancy cases, as the hCG levels are low, pregnancy goes undetected.

A woman continues to bleed just as she does during a regular menstrual cycle. However, the duration of the bleeding is short. The bleeding occurs at regular intervals or is random.

The flow also ranges from spotting to heavy flow and can be pink, red, black, brown or even purple. This occurs because the uterus is removing the inner lining and is not indicative of a miscarriage.

Below are some reasons why cryptic pregnancy may take place. Most of them are due to hormonal changes:

It’s possible for a woman to get pregnant after a pregnancy. In such a case, skipped periods might be mistaken for postpartum recovery. A woman may fail to realise that she’s pregnant again.

Perimenopause is a condition wherein the female body exhibits symptoms of menopause, such as weight gain and hormonal fluctuations. When women fail to distinguish a pregnancy due to perimenopause symptoms, it results in a cryptic pregnancy.

For athletes or wome with low body fat, hormone levels may fluctuate, resulting in missed periods. This also makes it harder to detect a pregnancy.

Those who use birth control pills and IUDs are usually confident of pregnancy not being a possibility. However, these contraceptive methods don’t guarantee a 100% success rate and can result in pregnancy.

As our lifestyles become increasingly fragile, we take on more stress to stay shoulder to shoulder with the world. Stress is one of the major factors of fluctuating hormone levels, especially in women.

Below are symptoms of cryptic pregnancy which women might fail to notice:

Why is This Pregnancy Cryptic?

There are many reasons why your pregnancy may be cryptic. Some of the reasons are:

Since the woman is unaware that she’s pregnant, she will not focus on pre-natal care. She may not cut down on smoking and alcohol, and this might inadvertently affect the foetus’ health.