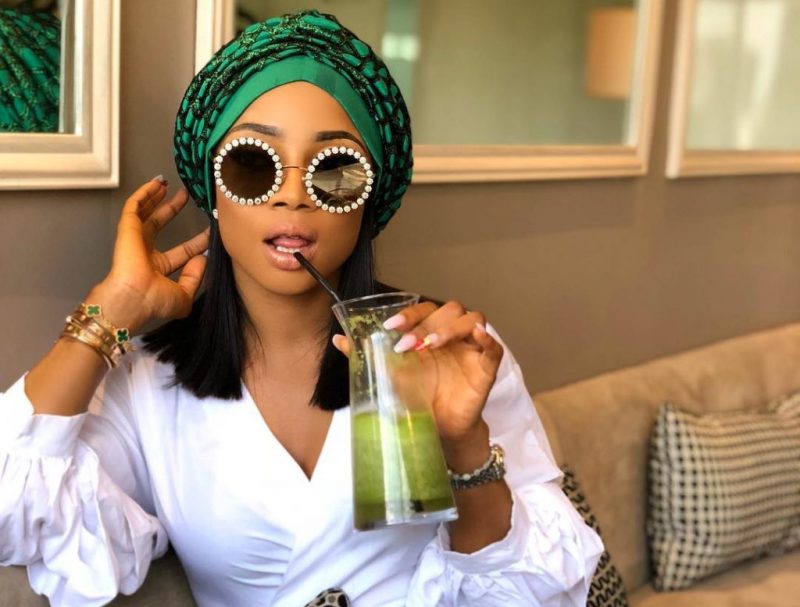 CNN Interviews 9-Year-Old Aspiring Nigerian Scientist, Basil Okpara, After He Did This

Marriage must be the issue on the front burner for Nigerian radio host and TV girl, Toke Makinwa as she has again spoken of her readiness to settle down a second time after her first marriage ended on accounts of infidelity. The fashionista took to her Twitter account to share that she is not anti-marriage and is very single but that there’s a clause.

According to her, “A woman unafraid of walking alone is a dangerous one, her level of freedom will intimidate many but will also inspire the right energy, she is clothed in strength and dignity”. Toke said in the short Twitter thread that she is willing to give marriage of another try but no one should expect her to stay in it if it turns out bad.

She asked to be exempted from the fleeting happiness of a marriage where tolerating ‘BS’ is the order of the day. She also acknowledged that she reveres the institution of marriage and that her own parents were the true example of a beautiful union. In spite of it all, she says she’s not average, is single by choice and not will only marry again when she finds the one who is deserving of her love.

“First, I am still single, as single as a dollar bill but not as a result of the scarcity of “men”, but by choice. I love me too much to share me with anyone till…. well till I find someone who is worth it.

Second, I am not anti-marriage, I love the institution, the greatest love story I have ever heard of or seen was my folks, they loved and joked about dying together and they were buried side by side. I am a lover girl, just won’t tolerate the BS.

If tolerating BS is what you guys call happy – marriage, pls count me out. I am not afraid of being alone, If I give it another chance and I am unhappy I will leave again. Call me crazy or whatever but I am not your average and I will always choose me first.”

See screenshot of her posts below: