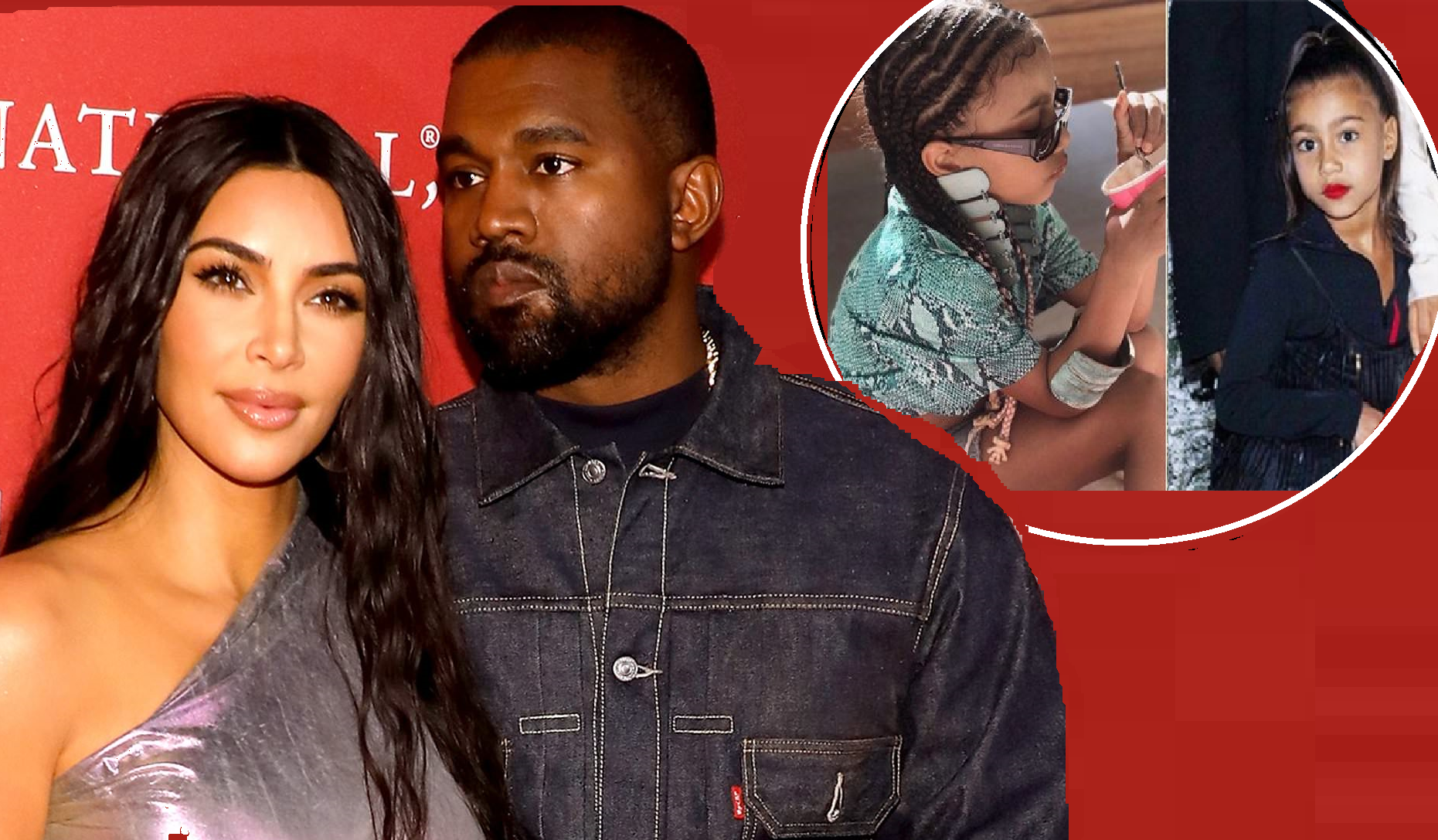 Following his recent adoption of the Christian faith, eccentric American rapper and dad-of-four, Kanye West is setting new rules for his family, and his first child, North has some interesting parenting and family rules to live by.

Kanye has made it clear that he wants to establish his faith as a Christian and have same entrenched in his family values for his wife and four kids. Earlier this month, the rapper and his fashionista wife, Kim Kardashian had a disagreement over the mum-of-fours seductive style options. Kanye made it clear his soul and spirit was disturbed as he’s come to realise from his transition as a rapper to a ‘born again’ Christian that the sexiness his wife publicly exudes is unbecoming. Read more here.

In a new interview with E!  Kim Kardashian revealed that her husband Kanye West has banned their six-year-old daughter North from wearing make-up and crop tops after he became a ‘born again’ Christian.

READ ALSO: Rapper, Kanye West Shares How Badly It Is Affecting Him As A Father And Husband To See His Wife & Mother Of His 4 Kids Dress So Scantily

The 42-year-old rapper, who has just released a new album called Jesus is King ruled that his eldest child can’t touch cosmetics until she is a teenager.

Speaking to E! News at the debut of her KKW Beauty at an Ulta Beauty store in New York on Thursday, the mother of four said:

North is trying to get in on the makeup, but she’s being blocked heavily because her dad has stopped all makeup for her until she is a teenager.

The reality star also admitted that his new conservative views are causing tension in their household, but added that it is what’s best for her family.

‘It’s a big discussion, a big fight in the household right now but it is what’s best.

‘I think as a parent you just learn and figure it out as you go and we realized we didn’t really want her to wear makeup at a young age but she sees her mom putting on lipstick and lip gloss.’