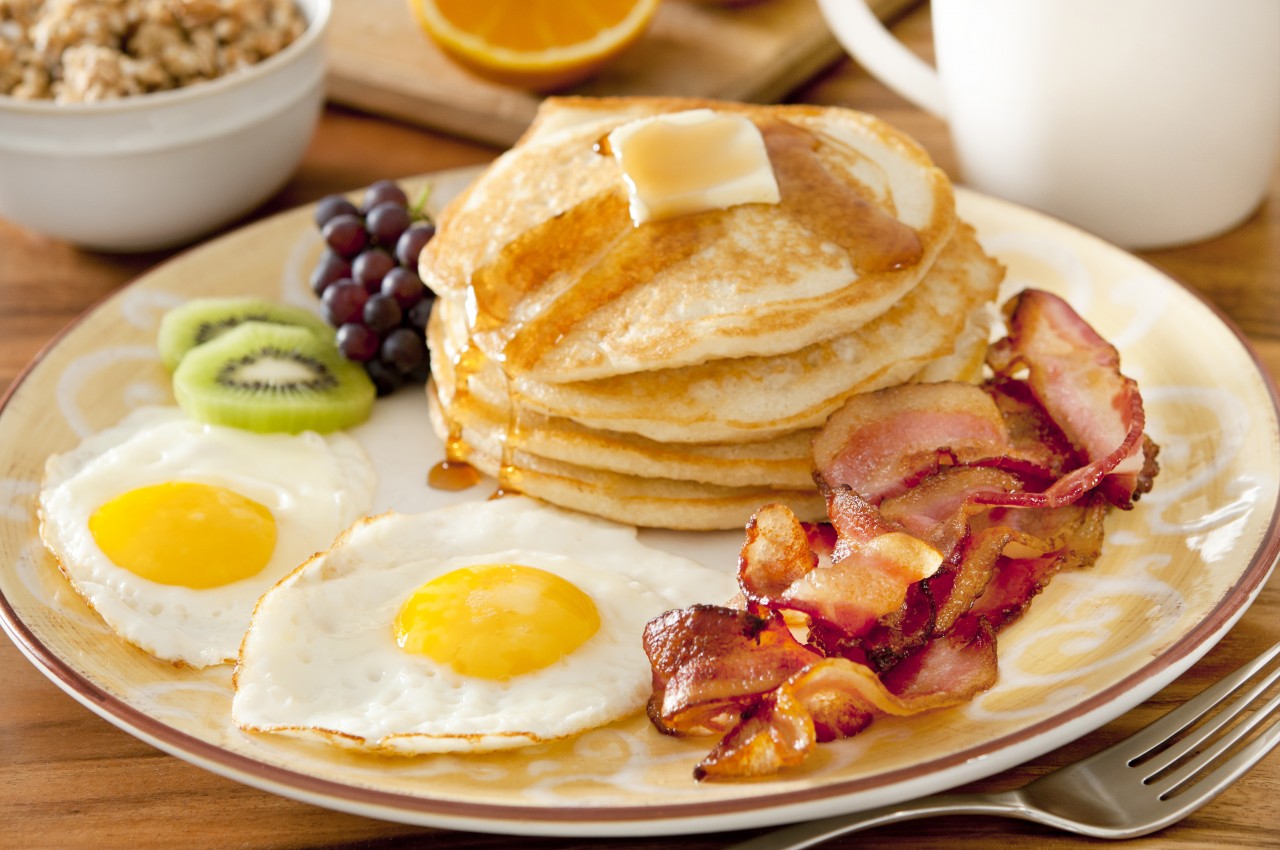 Nigerian Dad, Abubakar Suleiman Raises Valid Concerns From What He Observed While Reading To His Daughter

Unfortunately, the eating pattern of an average Nigerian has increasingly varied and become irregular apparently due to changes in lifestyles. Today, breakfast which scientists say is the best meal of the day is missed in favour of snacking throughout the day.

It was gathered that improving breakfast habits would reduce the risk of obesity, diabetes, CVDs, and death among Nigerians. The inherent dangers make the irregular eating patterns a source of concern to experts.

While there have been counter debates about skipping breakfast in the past, a latest report has shown that regular mealtimes are just as important as what you eat due to the impact on the body’s internal clock.

More interesting is the fact that that people who eat breakfast tend to have reduced rates of heart disease, low cholesterol, and low blood pressure with normal blood sugar levels.

The report also found that people, who skip breakfast, are more likely to snack throughout the day, have poor nutrition that may lead to obesity, and diabetes. People who do not eat breakfast have 27 percent increased risk of heart disease and are 18 percent more likely to have stroke.

Sadly, Nigerians have no regulated breakfast even though experts have adjudged breakfast as the best meal of the day. Today, a lot of Nigerians still skip breakfast under the guise of busy schedules but experts say having a healthy meal a few hours after waking up helps the brain, heart and the general body to function well.

Sadly, a lot of working-class Nigerians no longer bother about having breakfast and most of those who do are not aware that they can’t eat just anything in the morning as some foods are not very good if eaten on an empty stomach.

Millions of Nigerians have even formed the habits of either skipping breakfast or eating heavy foods like cassava popularly known as fufu for lunch or dinner.

In a study by Nigerian researchers carried out in 2017, it was found that about 59 percent of women regularly missed breakfast, while 48 percent rarely consumed three meals a day due to workload, time factor or fasting.

However, while nutritionists and dietitians believed that lunch and dinner also have a role to play in the daily nutrients requirement of the body, they are of the view that breakfast remains a must-have for all.

They observed that having a balanced breakfast is very important to individuals’ health. A study led by researchers in Spain suggested that skipping breakfast doubles the risk of sub-clinical atherosclerosis.

The researchers are of the view that the popular wisdom that breakfast is the most important meal of the day maybe even more important than traditional beliefs.

The results of their research show that those who consume less than five percent of their daily calorie intake for breakfast may have double the risk of subclinical atherosclerosis compared with people who have a high-energy breakfast.

The World Health Organisation, WHO, said regular breakfast is part of a healthy diet, which in turn has been considered an important factor in a healthy lifestyle.

Also, a key guideline on dieting issued by the American Heart Association states that individuals who eat breakfast daily are less likely to have risk factors for cardiovascular diseases like high cholesterol and elevated blood pressure.

The group of medical doctors maintained that eating more calories earlier in the day and consuming less food at night may also reduce the risk of a heart attack, stroke or other cardiac or blood vessel diseases.

In the view of the Assistant Brand Manager, Mamador, Omobolanle Akin-Fatodu, choosing a balanced breakfast can fill-in the gaps likely to be missing in people’s diet.

Omobolanle said a healthy breakfast can be a good source of calcium and fibre, adding that it has shown to improve concentration and attention levels, particularly in children. It gives energy, stops people from snacking in the day and supplies essential nutrients.

She encouraged people to form the habit of eating every morning, adding that breakfast reduces the risk of prolonged cravings which tends to make people overeat during the day. She said:

“Research has shown that breakfast reduces the risk of having stomach ulcers as your stomach won’t be left empty for a long period. Studies have shown that people who eat breakfast consume more vitamins, minerals, and fibre throughout the day.

Breakfast helps stimulates the brain to improve concentration and productivity throughout the day. People who skip breakfast have lower energy levels, as well as less strength and endurance to engage in physical activity.”

Continuing, she said a healthy breakfast enhances growth and development of mental and physical performance. For a Nutrition Researcher at the Columbia University Medical Centre in New York, Marie-Pierre St-Onge, when we eat it is important to consider what we eat.

According to St-Onge, meal timing may affect health by impacting the body’s internal clock. We may not process sugars as well at night as we do during the day, and studies of shift workers have linked this schedule with a greater risk of obesity and heart disease than a typical day job.’’