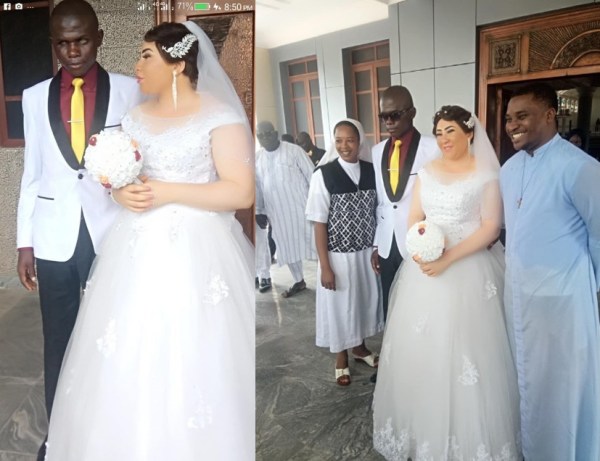 Beauty Entrepreneur, Kiki Osinbajo Weighs In On The Growing Obsession Of Women With Skin Bleaching

A newlywed couple is serving inspiration, particularly the bride, for looking beyond obvious imperfection to marry her heartthrob. Wedding photos of the unlikely pair went viral after Facebook user, Nora Chika shared photos from their wedding which held  on Saturday, September 7, 2019.

The pretty bride walked down the aisle with her visually impaired husband in a wedding ceremony which took place at St. Williams Catholic Church in Lafia, Nasarawa State capital. Nora who first shared their story via her Facebook page wrote in Pidgin English:

“WONDERS shall never end, beautiful Plateau bride and her handsome blind groom. I witness the I DO I DO today, no be say na money the bride see, this is indeed true love. May God bless their union I pray,”

It would have been like any other wedding except people thought the bride was way out of the groom’s league, wondering why she chose a visually impaired man despite her obvious beauty.

The beautiful bride said to be from Plateau State said, ‘I Do’ to her husband from Kogi state while cheered on by her family, friends, and well-wishers.

READ ALSO: Beautiful Love Story Of 96-Year-Old Pa Munse-Bwaye And His 73-Year-Old Bride, Rukaya
The unnamed bride is said to be from Plateau State while her newly wedded husband hails from Kogi state. The couple was cheered on by her family, friends, and well-wishers at their wedding according to several other reports.

The photos of the newly wedded couple has since gone viral, as it further gives credence to the notion that  love is limitless. Their unusual  love story is definitely an inspiration. 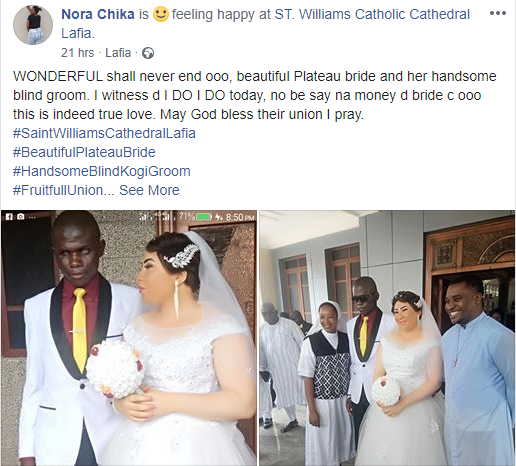