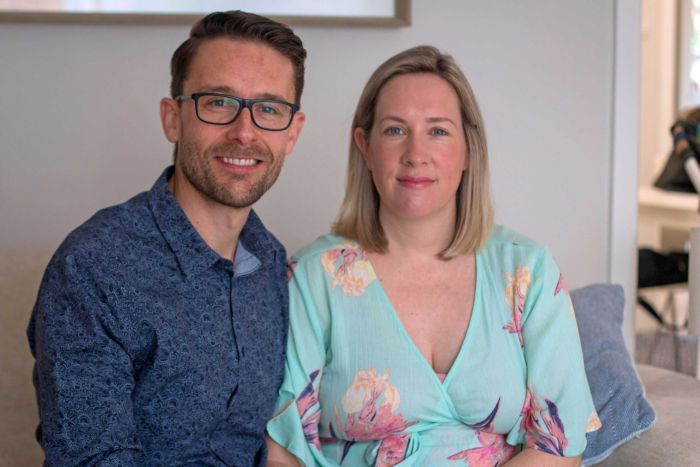 A Sydney couple, Chris and Ruth are anxiously awaiting the arrival of their first child next month. They’re finishing his nursery and they’ve got stacks of books and toys as they wait to meet their little bundle of joy.

According to ABC.net, the couple started trying for a baby when Ruth was 28 years old, as they both wanted a big family. “It was always about getting started quite quickly,” Ruth said.

Sadly, it took six long years for Ruth and Chris to conceive. During this time, they’ve endured emotional pain, confusion and medical roadblocks. The duo went through two fertility specialists, a number of failed embryo transfers and years of “wasted” treatments before a third specialist discovered what was preventing Ruth’s pregnancies all along.

“To find out that the test we had done was so simple … there was so much bitterness and so much anger,” she said.

Shortly after switching to their third fertility specialist in three years, the doctor diagnosed Ruth with Asherman’s syndrome, a condition where scar tissue in the uterus or cervix can prevent pregnancy.

Ruth was only diagnosed with the condition after her third specialist decided to investigate her fertility issues from the very beginning.

In a bid to discover why Ruth and Chris weren’t able to conceive, the couple’s new specialist ordered a number of additional tests to broaden the scope. This included a specialised ultrasound to determine whether Ruth had blockages in her fallopian tubes — which resulted in the Asherman’s syndrome diagnosis.

Ruth said she wondered why her previous doctors didn’t do the same thing. She said:

“There were plenty of opportunities along the road for this to be picked up. I remember sitting on the examining table and just bursting into tears because after being through all those years [of fertility treatments] finally we have a reason for everything.”

Like many women with Asherman’s syndrome, Ruth wasn’t experiencing periods. This is something Ruth felt her previous doctors should have further investigated, rather than putting it down to her prior diagnosis of polycystic ovary syndrome: a condition which can also cause irregular menstruation.

“It’s hard to think about the wasted time, the wasted money and the emotional toll it has taken on me. I’m not the same person anymore. All of it was just a waste,” she said.

As Asherman’s syndrome is rare, fertility experts have said it may not be tested for as part of an initial reproductive screening.

Clare Boothroyd, a specialist in infertility and reproductive endocrinology, said while patients might wish to be tested for every possible reason for their infertility, that wasn’t always a pragmatic approach. She said:

“[If every test were offered] you would be doing inappropriate tests that cost the country a lot of money. It’s a bit of a balancing act between inappropriate testing, delaying therapeutic attempt and potentially not having a clear diagnosis at the outset.”

Dr Boothroyd, who is also a board member of the Fertility Society of Australia, said patients’ conditions and symptoms changed over time, making it difficult to diagnose a couple’s infertility problems from the outset.

“Diseases evolve and the patient-doctor partnership over time will trigger more detailed investigations when things don’t really fit,” she said.

Rob Norman, who is a professor of reproductive and periconceptual medicine at the Robinson Research Institute at the University of Adelaide, agreed.

“It’s a balance. We could do it better, but by and large patients are investigated reasonably well,” he said.

He said doctors could potentially pick up Asherman’s syndrome when taking a woman’s menstrual history, but it would be unlikely.

Instead, Professor Norman said, once couples had several unsuccessful IVF cycles, then you would test for it. Following a procedure called a hysteroscopy, which was performed on Ruth last year, the couple recommenced IVF, and Ruth was able to fall pregnant.

After such a long journey to their baby boy’s conception, the couple said they felt “guarded” about the final few weeks of Ruth’s pregnancy.

Fertility experts have said that when a couple has trouble getting pregnant, doctors should first ask patients for a full history of any medical conditions or operations they have had, as well as perform a physical examination to look for signs of polycystic ovarian syndrome (PCOS). Professor Norman said:

“Then you would do a sperm analysis, a pelvic ultrasound to look for conditions such as PCOS and fibroids. You would check ovulation in a blood test looking for hormone changes in the cycle.”

A detailed blood test can diagnose chicken pox, rubella and hepatitis B or C. And an ultrasound of the testes and hormone tests are warranted if sperm quality is poor.

“To rule out endometriosis, I would do a specialised ultrasound, laparoscopy or hysteroscopy to look into the uterus,” he said.

Another IVF parents narrate their ordeal. Kathlene Minett, 33, wished she and her partner Jason could have been young parents. 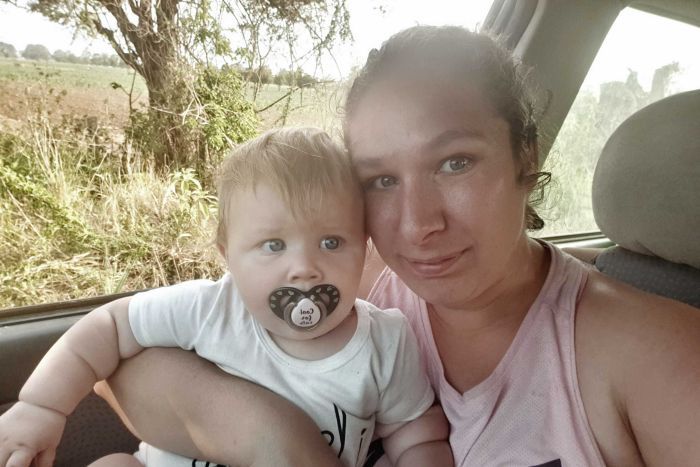 Kathlene began fertility treatments at 28. After a number of unsuccessful interventions, Kathlene fell pregnant and miscarried, before eventually seeking the opinion of a third fertility specialist.

“He went a lot deeper into all the blood tests. He really went deep with everything,” she said.

Within months of her first appointment, Kathlene was diagnosed with lupus — a chronic disease of the immune system which can cause fertility issues and increase the risk of miscarriage. Kathlene shared:

“My doctor was surprised my lupus diagnosis hadn’t been picked up earlier. As he said, there was actually no reason why we shouldn’t have fallen pregnant without help.”

Kathlene has wondered what her family would have looked like if her condition was picked up sooner, and whether her first miscarriage could have been avoided.

“If we knew back [when we started], obviously we could have looked at having it treated. We could have helped it through the first pregnancy,” she said.

But Professor Norman said doctors could not diagnose lupus from a routine blood test.

“You would only pick it up if there was a significant medical history such as recurrent miscarriages or IVF failure,” he said.

READ ALSO: Fertility Journey of Matthew & Amelia Wright, After 8-Years Of IVF Will Inspire You Not to Give Up

Kathlene fell pregnant naturally last year, but crucially her high-risk pregnancy was monitored extremely closely as a result of being diagnosed with lupus. Now, the mom-of-one wants fertility patients like her to be more thoroughly tested for reproductive health issues when they begin their treatment.

“People need to know … to be tested for everything — every avenue,” she said.

“We went through hell to have our little one. We really did. But she’s absolutely worth it,” Kathlene said.