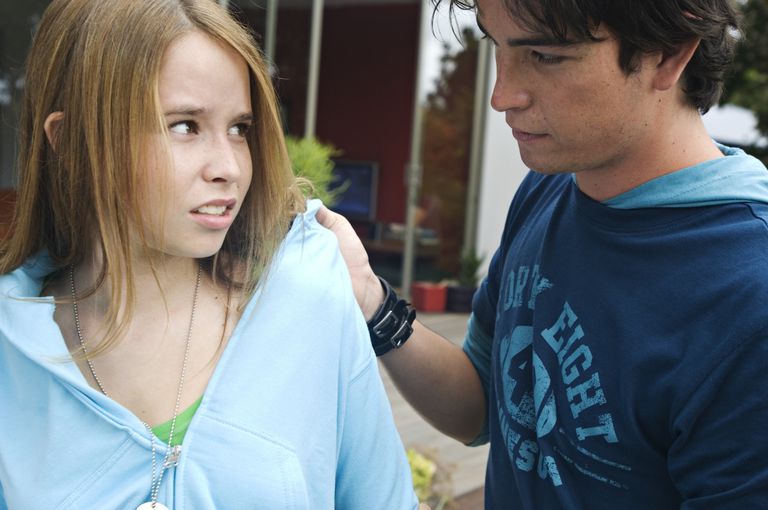 A new research has found that teenage boys with more progressive views about gender are half as likely to engage in violent behaviors as their peers with rigid views about masculinity and gender.

The research, which was published in the American Journal of Preventive Medicine Friday, also found that teen boys who witnessed their peers engaging in two or more verbally, physically or sexually abusive behaviors such as making disrespectful comments about a girl’s body or makeup were two to five times more likely to engage in violent behaviors themselves.

Although previous studies have shown a connection between holding rigid views about gender and masculinity and intimate partner violence, the new study sheds light on a trickle-down effect that those views might have on other forms of violence.

Dr. Elizabeth Miller, lead author of the study and chief of the division of adolescent and young adult medicine at UPMC Children’s Hospital of Pittsburgh said:

“We have for too long siloed sexual and partner violence in one place, youth violence and bullying in another.”

Dr Miller added that the new study forms a foundation to begin “focusing on gender equity as a mechanism to use for violence prevention across the board”.

The study analyzed anonymous survey data from 866 male teenagers between the ages of 13 and 19 from 20 low-income neighborhoods in Pittsburgh between 2015 and 2017.

To measure their viewpoints, the teenagers were asked how likely they were to agree with statements about gender norms, such as: “A guy never needs to hit another guy to get respect,” and “I would be friends with a guy who is gay.”

A higher score on such questions was a proxy for holding more progressive gender views. Since the study was only conducted among low-income teenagers in Pittsburgh, however, the findings can’t be generalized to hold true for other areas, such as suburban or rural populations.

Since participants’ reported their own behavior, there’s also the possibility that the prevalence of violence in the study is an underestimation.

“You would anticipate that the more progressive your beliefs, the less likely you would be to engage in homophobic teasing. We did not find that.”

Miller hypothesized that homophobic comments and teasing might be so prevalent among the adolescents in the study that they didn’t recognize them as part of a spectrum of abusive and harmful behavior.

Programs seeking to change how men think about gender as a method for preventing violence against women have existed in certain global health settings for two decades, according to Miller.

“This is one of the areas where we’re pretty behind the times in the United States,” she said.

READ ALSO: A School In Spain Teaches Household Chores To Boys As Part Of Initiative To End Gender Inequality

That might be starting to change. Miller and her research team have worked with a violence prevention program in the U.S. that trains athletic coaches to challenge harmful views that young male athletes have about masculinity, and to encourage them to intervene when they witness their peers engaging in harmful or abusive behavior.

“We can move the needle more with younger adolescents. Early adolescence may be a really important time to intervene.”