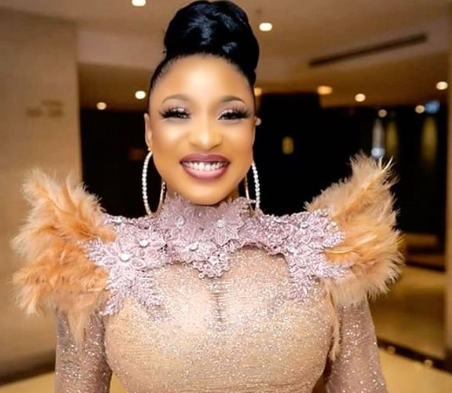 Controversial actress and mum, Tonto Dikeh is about to kick up another row after a couple of months lying low and distancing herself from incendiary comments against her ex-husband, Olakunle Churchill, who by the way has sued her for defamation. This time the mum-of -one took to Instagram to pose a question to women; asking what they would do if they found out their husbands are bisexual, as for her, Tonto Dikeh said she walked out.

Judging from the post, the mum-of-one suggests she walked out of her marriage when she discovered she was married to a bisexual man. She added that about 60% of men are bisexual.

Tonto asked women to wake up from the wishful thinking that prayers will change their bisexual partners.

”You wakeup one day and you discover you are married to a BISEXUAL Man..
WHAT WOULD YOU DO?

I WALKED OUT…
For those of you who says GODFORBID well I hope you know that 60% of the men you/WE marry SLEEP WITH MEN..

Or y’all still casting and binding FOR CHANGE