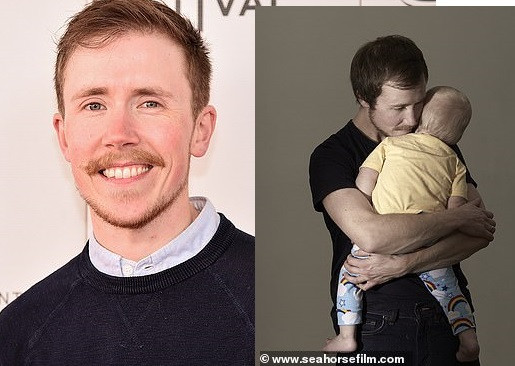 Freddy McConnell, the British transgender man who gave birth with the help of fertility treatment has today lost a Court of Appeal challenge over being registered as ‘mother’ on his child’s birth certificate.

The multimedia journalist at The Guardian who was born a woman but transitioned into a man before giving birth to his baby boy claimed that being referred to as a mother was psychologically scarring.

Ten days after his transition, Freddy, who didn’t take out his womb, accessed sperm from a donor and was biologically able to get pregnant in 2017. But when he gave birth in 2018, he was legally a man.

He wanted to be registered as ‘father’ or ‘parent’ because forcing him to register as the ‘mother’ of the baby, identified only as ‘YY’, breaches his human right to respect for private and family life, The Guardian reports.

Mr. McConnell took legal action against the General Register Office, which administers the registration of births and deaths in England and Wales.

But Sir Andrew McFarlane, president of the Family Division of the High Court and the most senior family court judge in England and Wales, ruled against him in September, saying that people who have given birth are legally mothers, regardless of their gender, and said there is a ‘material difference between a person’s gender and their status as a parent’.

Why Nigerian OAP, Eloho Die Describes African Mothers As The Most Manipulative Humans On Earth

The legislative scheme of the Gender Recognition Act (GRA) required Mr McConnell to be registered as the mother of YY, rather than the father, parent or gestational parent.

That requirement did not violate his or YY’s Article 8 rights (to private and family life, as enshrined in the European Convention on Human Rights).

There is no incompatibility between the GRA and the Convention. In the result we dismiss these appeals.