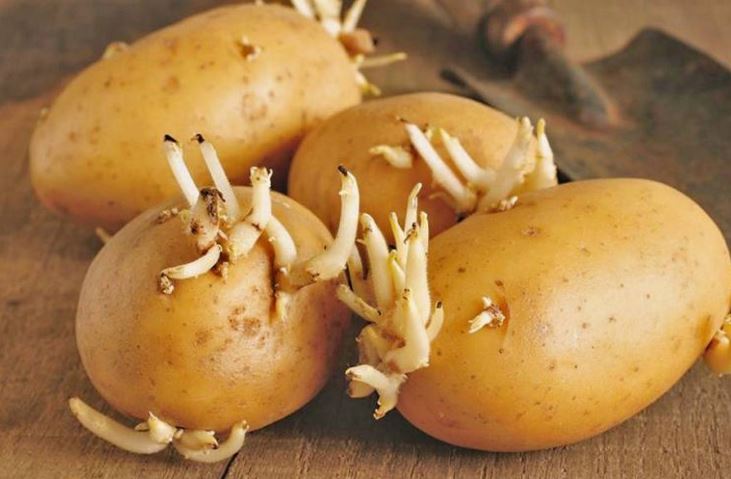 Potatoes can begin to sprout, when left in storage for too long, creating debate as to whether eating them is safe.

On one hand, some consider sprouted potatoes perfectly safe to eat, as long as you remove the sprouts. On the other, many warn that sprouted potatoes are toxic and cause food poisoning and potentially even death.

Potatoes are a natural source of solanine and chaconine, two glycoalkaloid compounds naturally found in various other foods, including eggplants and tomatoes.

In small amounts, glycoalkaloids may offer health benefits, including antibiotic properties and blood-sugar- and cholesterol-lowering effects. However, they can become toxic when eaten in excess, HealthLine.com reports.

As a potato sprouts, its glycoalkaloid content begins to rise. Therefore, eating potatoes that have sprouted can cause you to ingest excessive amounts of these compounds. Symptoms typically appear within a few hours to up to 1 day after eating the sprouted potatoes.

READ ALSO: Why Popcorn Can Be Harmful To Your Toddler

At lower doses, excess glycoalkaloid consumption typically leads to vomiting, diarrhea, and abdominal pain. When consumed in larger amounts, they can cause low blood pressure, a rapid pulse, fever, headaches, confusion, and in some cases, even death.

How to keep potatoes from sprouting

One of the best ways to reduce sprouting in potatoes is to avoid stockpiling them and only buy them when you have plans to use them.

In addition, discarding damaged potatoes and ensuring that the remaining ones are fully dry before storing them in a cool, dry, dark place may also reduce the likelihood of sprouting.

Anecdotal reports suggest that storing potatoes with onions should also be avoided, as putting the two together may accelerate sprouting. Although, there’s currently no scientific evidence to support this practice.

Sprouted potatoes contain higher levels of glycoalkaloids, which can be toxic to humans when eaten in excess.

Health problems linked to eating sprouted potatoes range from stomach upset to heart and nervous system problems, and, in severe cases, even death. They may also increase the risk of birth defects.

While you may be able to reduce glycoalkaloid levels in sprouted potatoes through peeling, frying, or removing the sprouts, it’s unclear whether these methods are sufficient to protect you from toxicity. Until more is known, it’s likely safest to avoid eating sprouted potatoes altogether.