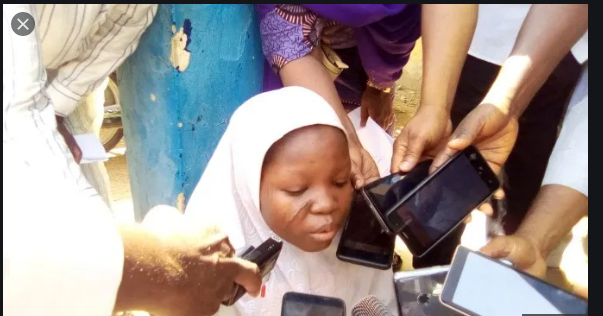 Only eleven days after she was given to her husband in marriage, one 18-year-old bride, Salma Hassan is already in trouble over the same man that was her husband.

The young bride has been accused of killing her husband after he tried to have sex with her.

Hassan says she had no idea that the deceased would have sex with her as she didn’t know it was a marital obligation, so she thought her husband was trying to defile her.

Salma, a resident of Itas-Gadau, was paraded at the Bauchi Police Command on Tuesday, May 19, for stabbing her husband to death 11 days after their wedding.

READ ALSO: ”They say divorce is a sin until you die or kill someone”- Toke Makinwa Weighs In On Maryam Sanda’s Death Sentence

The embattled bride told journalists that when her husband approached her for sex that night, she thought what he was doing was wrong, so she objected. However, her husband beat her and tried to force himself on her.

She said she then picked a knife to scare him but mistakenly stabbed him with it.

We were married. We loved each other.

I never knew that sex is a marital obligation.

On that fateful night when he approached me for sex, I refused him because I have never been involved in it. I thought he wanted to defile me.

He later got angry and was trying to force himself on me with slaps and beating, then I picked up a knife to scare him away but he kept coming.

I didn’t know when I stabbed him with the knife in his chest.

I have already given my statement. I’m in great suffering. I’m in great bitterness. I don’t know what will happen to me now. But I wouldn’t have done what I did if I knew better.

According to a Police statement, a knife was recovered when they arrested Salma for culpable homicide at her home in Itas-Gadau.

“On the 24/04/2020 at about 0900hrs, one Haruna Musa ‘m’ of Itas-Gadau reported at Itas-Gadau Division, that one Salma Hassan ‘f’ 18yrs of the same address stabbed her husband, one Mohammed Mustapha on the chest.

As a result, he sustained serious injury and was rushed to General hospital Itas–Gadau for treatment where he was certified dead.

See another photo of Salma 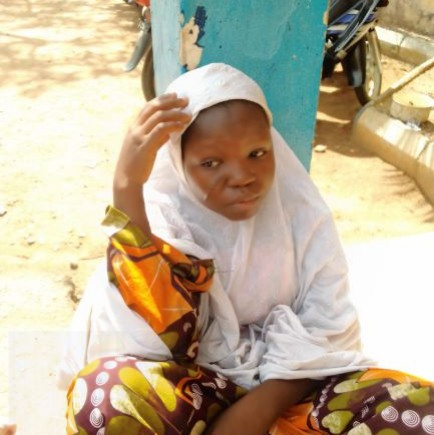