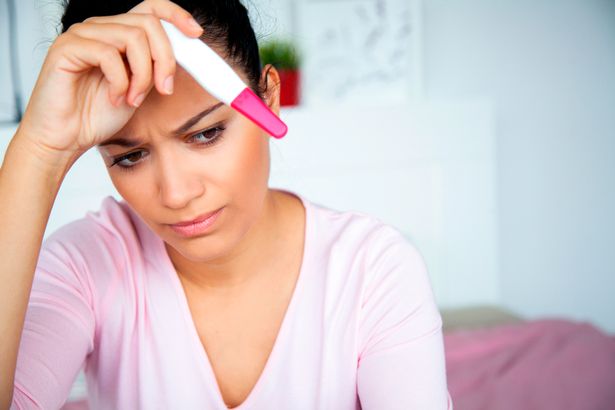 Fertility consultant, Professor Oladapo Ashiru in a piece he wrote for Punch explains the normal menstrual processes in women, causes of irregularities and suggests medical interventions that actually work to restore proper function that aid fertility.

READ ALSO: Ask An Expert: My Daughter Bleeds Slightly In Between Her Periods. Is This Normal?

Read Dr Oladapo’s full article on the subject below:

The length of a menstrual cycle, which is counted from the first day of one period to the first day of the next, is not the same for every woman. Menstrual flow might occur every 21 to 35 days and last between two and seven days.

For the first few years after menstruation begins, long cycles are common. However, the cycles tend to shorten and become more regular as a woman gets older, with an average of 28 or 30 days in most females. A woman’s menstrual cycle might be regular, which means it is about the same length every month. It may also be somewhat irregular with a changing cycle length and duration of menstruation.

Menstrual periods may be light or heavy, painful or pain-free, long or short, and still be considered normal. Essentially and within a broad range, “normal” is what is usual for every woman.

Irregular menstrual cycle or period is referred to as Dysfunctional Uterine Bleeding. It is diagnosed when menstrual periods occur more frequently than normal within a cycle and all other probable organic and structural causes of such bleeding have been excluded.

Dysfunctional Uterine Bleeding can also be a major cause of infertility. When a woman is nearly always bleeding within the month, it makes it almost impossible for the couple to have regular or even a well-timed sexual intercourse and this results in infertility.

A patient of mine who had been married for six years and had never been pregnant presented for evaluation after years of frustration. It was discovered that her periods sometimes lasted up to 17 days and may stop temporarily only to resume again. The bleeding was never heavy, but it still created a big problem for the couple because it made sexual intercourse between them improbable. This is a typical case of dysfunctional uterine bleeding.

About 10 percent of DUB cases occur in ovulatory cycles, while up to 90 per cent occur in cycles devoid of ovulation. The irregular periods are due to a hormonal imbalance between oestrogen and progesterone, often leading to inability of the egg to mature and release (ovulation), which normally occurs during normal menstrual cycle.

DUB is a very significant cause of infertility making up to 10 per cent of the causes of infertility. A woman’s menstrual cycle is controlled by two hormones, oestrogen and progesterone. The levels of these two hormones vary during the month. During the first half of the month oestrogen is high enough to stimulate the growth of the uterine lining, which is called the Endometrium, and to produce an egg. When the egg is ready for fertilisation around the 14th day, progesterone rises and causes changes in the endometrial lining to prepare it for pregnancy.

If the egg, however, is not fertilised, the progesterone levels fall and the unfertilised egg is shed in the monthly period. If estrogen levels are abnormal, there will be no production of eggs. This will also disturb the production of progesterone and therefore, the periods will be irregular.

In cases of irregular periods, even when a couple have intercourse during the time that the woman should normally be fertile, there may be no egg to be fertilised as she is not producing any.

When a patient comes to the clinic complaining of abnormal periods, one must first rule out all possible causes of such bleeding, such as cancer, infection or pregnancy, before one can make a diagnosis of dysfunctional uterine bleeding. The doctor should do an ultrasound scan of the pelvis and other evaluations to rule out abnormalities of the uterus like fibroids or small polyp growth, which can also cause bleeding. Hormonal profile is also evaluated, especially to measure oestrogen and progesterone levels, the two hormones which  largely control the menstrual cycle and the production of eggs by the ovaries.

After ensuring that the dysfunctional uterine bleeding is caused by a hormonal imbalance of oestrogen and progesterone, the patient can then be placed on a three –month course of birth control pills. When birth control pills are given to a woman for an abnormal menstrual cycle, they will supply progesterone and oestrogen in the right amount at the right time of the month and thus artificially induce normal production of the egg during the month and normal shedding of the endometrial lining, leading to regular menstruation at the right time in the month.

READ ALSO: How Heavy Metals In Our Foods & Environment Cause Infertility

This treatment will provide for regular periods and the normal production of eggs in the ovaries. A woman undergoing such treatment can expect to get pregnant after being treated with the birth control pills for at least three months.

The use of  bio-identical hormones, which are  developed from plants and have been refined to such an extent that it can be absorbed through the skin, rather than taken orally thereby sparing the liver from damage, can also be used instead of the pill for the regulation of the menstrual cycle.

In the same way, overall detoxification of the body goes a long way in helping the body to regulate its normal physiological activities. Some organs of the body, such as the liver, skin and intestines, are tasked with the function of detoxification. However, enhancing the functions of these organs by employing the Mayr-type detoxification has been found to be very helpful in holistic management of DUB.