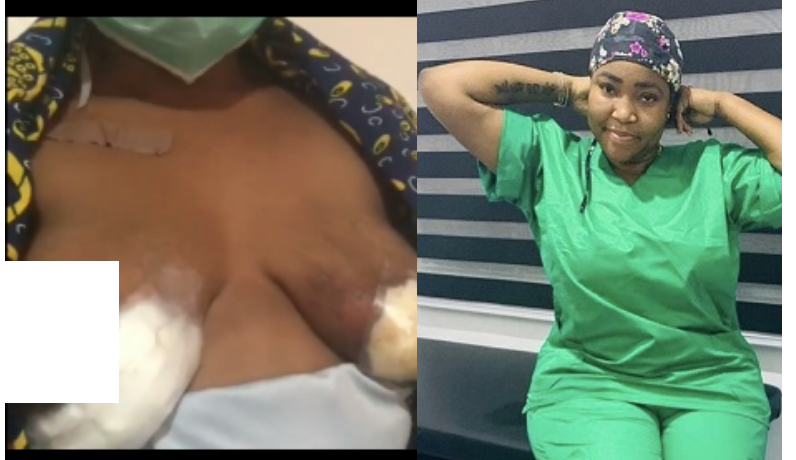 After only few weeks that a Nigerian woman, Omotola took to social media to share that she was afraid for her life following a ‘botched’ cosmetic surgery procedure carried out by a certain Dr. Anu Fella. Dr. Anu runs her Lagos-based medical outfit and is not new to controversies of botched surgeries and in some instances death of her patients allegedly from complications of the surgeries. Another woman who simply identifies herself as “Vick” has also cried out in a viral video following the challenges she’s been facing after a cosmetic breast surgery Dr. Anu allegedly performed on her.

Vick said her she suffered complications shortly after the surgery she paid over N1.6m for. After making a complaint of having a “reddish sign” on her left breast, she said she was placed on an injection which continued for 4 weeks. 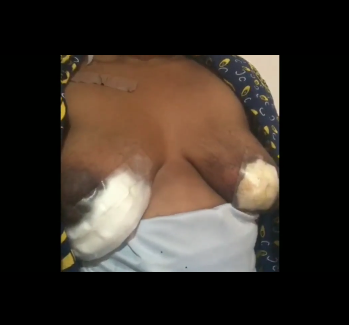 However, her complaints persisted and it was found that she had abscess in both of her breasts, following which she had to have the abscesses drained off, but her troubles were far from over as the problem kept reoccurring.

Vick in the now viral video lamented in an emotion-laden voice that she spent all she had on the surgical process at Dr. Anu’s Med Contour hospital in the first place.

She revealed she is currently at the Lagos University Teaching Hospital (LUTH) where doctors will again drain off the abscesses in her breasts.

This video is why a lot is being said about Dr Anu of Medcontour pic.twitter.com/3jZiK36uNR