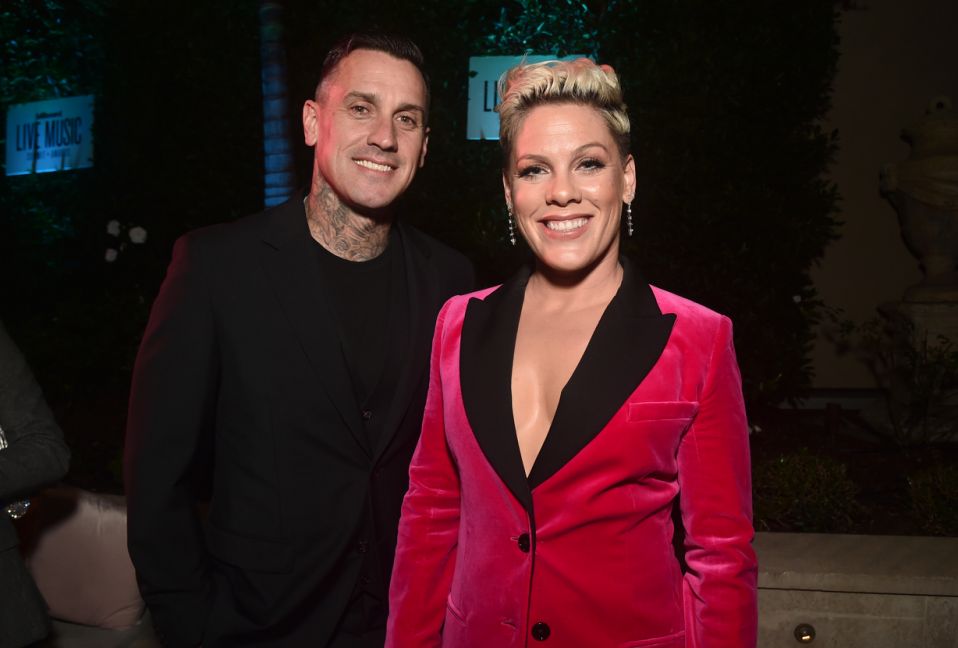 American singer, Alecia Beth Moore, better known by her stage name Pink has revealed the only reason that she’s still married to her husband of almost two decades. According to the super mom-of-two, her and her husband have been going for couples therapy for the last 18 years.

40-year-old Pink recently went on Instagram Live with Vanessa Inn, the therapist she’s been seeing since she was 20 and opened up about her and Carey Hart’s long term experience in couples therapy, and why she credits it for saving their marriage. She said:

“I believe in therapy, I believe in doing the work, I know that it helps. Without [a therapist] translating for me for the last 18 years, we would not be together.”

She delved into her relationship with Hart, whom she began dating in 2001 and married in 2006. The couple, who are parents to daughter Willow, 9 and son Jameson, 3, have broken up multiple times over the years. Pink said,

“I got a lot of sh*t for telling people that Carey and I have been in couple’s counseling…for Carey and I, it’s the only reason that we’re still together because I think partners after a long time we just speak — I can’t say it’s a man and woman thing, I think it’s a partner thing, a spouse thing — that you just speak two different languages and you need someone to hear both of and then translate it for you.”

READ ALSO: Singer, Pink, Writes On How Battling COVID-19 Alongside Her 3-Year-Old Son Has Proven To Be Her Most Challenging Experience As A Mother

“And without Vanessa translating for me for the last 18 years, I mean, we would not be together. We just wouldn’t because we are not taught as kids how to have relationships, how to get along with people.

Pink also got honest about her own culpability in her relationship. She went on to give an anecdote about a time that she complained about Hart not “hearing her emotionally” but when push came to shove, she realized she wasn’t being 100% truthful either. She explained:

“There’s a difference between connection — I think — and intimacy. And intimacy is the part that’s hard for me.

There was a moment in couple’s counseling with Carey, I’ll never forget, in the office I had been complaining about him for years about how he’s just not present, he’s not here, he doesn’t get it, he’s not hearing me emotionally, he’s not even trying to understand my language. And you were like, ‘OK, everybody shut up, stand up, put your hands on each other’s hearts and just look into each other’s eyes.’”

Pink said they did as the therapist said, but instead of welcoming her husband finally being “present” with her, Pink “started giggling” and “looked away.” Pink added:

“In that moment I realized that I was a little bit full of shit.

“And this man that I had been saying won’t show up for me, his feet were planted in that earth, his hand was on my heart and his eyes were looking into my soul and guess what I did?

I started giggling and I looked away, and in that moment I realized that I was a little bit full of sh*t. I was the one here that was just talking and there have been many of those times.”

The fact that Pink is out here normalizing therapy for her nearly eight million followers is awesome.