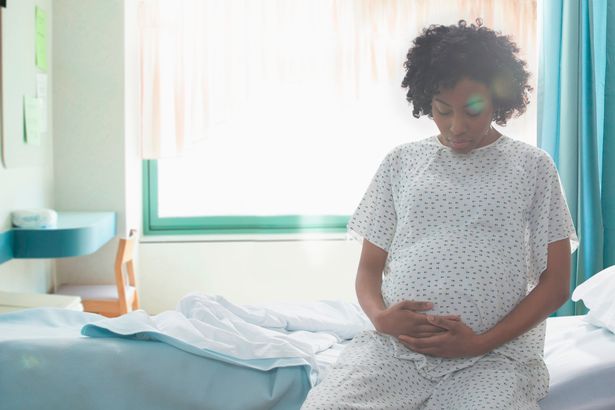 An Ectopic pregnancy occurs when a fertilized egg implants in a location outside of the uterus, most commonly in one of the Fallopian tubes or the neck of the cervix. An Ectopic pregnancy can’t proceed normally. The fertilised egg can’t survive, and the growing tissue might destroy various maternal structures.

It is a relatively common type of pregnancy, which affects around one in 50 pregnancies.

Ectopic pregnancy occurs when the fertilised egg is implanted outside the woman’s uterus, usually in the fallopian tubes but it may also occur in the ovary, abdomen or cervix.

Not only does ectopic pregnancy end in the inevitable heartbreak of miscarriage according to a fertility specialist, Dr. Abayomi Ajayi, it can also be potentially dangerous for the mother as well.

The condition is described as ectopic because the fertilised egg fails to develop because it is in the wrong place and it often leads to abnormalities that prevent the pregnancy, though in rare instances term pregnancy can result.

Sometimes, the fertilised egg implants in your ovary, cervix, or somewhere else in your abdomen.

At first, you may not have any symptoms of an early ectopic pregnancy. They may seem very similar to a normal pregnancy. You might miss your period and have discomfort in your belly and tenderness in your breasts.

Only about half of women with an ectopic pregnancy will have all three of the main signs: a missed period, vaginal bleeding, and belly pain.

READ ALSO: After 4 Miscarriages, Tube Removal and Ectopic Pregnancy, It’s Light at the End of the Tunnel for this Nigerian Woman

Ectopic pregnancy can cause a fallopian tube to rupture. If that happens, you could have major pain and severe bleeding, and you would need medical care right away. Possible signs include pain in your rectum or an intense urge to have a bowel movement.

Pain in your shoulder could also be an emergency. While it might not sound pregnancy-related, if one of your fallopian tubes bursts, blood can pool near your diaphragm and irritate nerves that run to your shoulder.

If your pain is severe, sharp, and sudden, or if you feel lightheaded or dizzy, or if you’ve fainted, get medical help immediately. These are all signs you could be going into shock.

It is important that after a traumatic experience, such as ectopic pregnancy you allow yourself time to recover. If you need to seek help at any point, you should not be afraid or ashamed to do so.

The truth is that many women can continue to have children after the previous pregnancy was ectopic but there are possible causes and/or effects that may cause infertility. Your chance of conceiving depends very much on the health of your fallopian tubes.

Statistically, the chances of having a future successful pregnancy are very good and at least three out of five women are healthily pregnant within 18 months of an ectopic pregnancy. This may rise to over around 85 per cent over two years.

The number one cause is blockage of a fallopian tube as it prevents the egg from passing through and reaching the uterus. Half of cases of fallopian tube obstruction are due to a pelvic inflammatory disease called salpingitis, which causes inflammation of the fallopian tubes and may lead to infertility.

However, the most common cause of pelvic inflammatory disease is chlamydia, a sexually transmitted infection that can cause inflammation without producing any symptoms.

ALSO READ: 6-Months-Old Pregnant Woman Opens up on Medical Conditions That Has Caused Her Belly to Grow “Backward”

The main risk factors for ectopic pregnancy include advanced age (above 40) endometriosis, adhesions caused by scarring from previous pelvic surgery and abortions. Sometimes the embryo is discarded directly by the body, even before producing any pregnancy symptoms. The woman may not even realise she was pregnant and, of course not know that it was an ectopic pregnancy. In other cases, it can cause mild pain and bleeding, which is often interpreted as being associated with irregular menstruation.

If the embryo begins to develop outside the uterus, pelvic or abdominal pain may be severe and other symptoms such as nausea, discomfort and bleeding may occur.

In reality, one in 80 pregnancies will be ectopic. It is a devastating experience for a family; often an experience where all the focus gets put on the woman, but the man also has an overwhelming sense of duty that they have to be strong and hold things together for the rest of the family.

Recovering from the ordeal of ectopic pregnancy may be challenging but you can do it. Your body is likely to go through a whole process of recovery following an ectopic pregnancy and it is important that you be gentle with yourself and give yourself time to heal.

Because such an invasive and frightening thing has happened, it is not unusual to become very worried about any symptom you may experience and to have many questions racing through your mind. You may also find that you have different questions about your body at different stages after treatment.

In diagnosing an ectopic pregnancy, various tests are carried out. Ectopic pregnancies can be notoriously difficult to diagnose because it often presents with symptoms that can be suggestive of other conditions such as gastroenteritis, miscarriage or even appendicitis.

As doctors we rely on women to give clear histories about their symptoms and so the more you can tell us about what has changed, what feels different and what is worrying you, the more likely we are to be able to diagnose you.