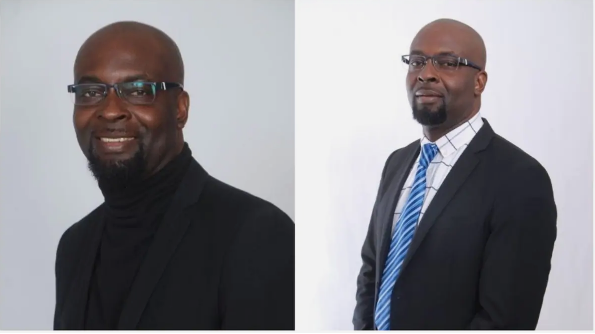 A Nigerian man who appears to be set in his ways has taken to social media to speak on the roles of women in society, further highlighting that the conversations that people can be many things in one lifetime and reach full potential irrespective of their gender is still falling on deaf ears in some quarters.

The man identified as Mazi Uju Nwokoria, in a Facebook post argued that women are not to aspire to be wealthy or have a career as that would be a deviation from what nature intended for them.

According to Nwokoria, women who neglect this ‘natural’ role may turn out unhappy. In his post on Facebook, Europe-based Nwokoria asserted that the major role of women is to bear and raise children.

“The major role of women in the society is to bear and raise children. It is not to pursue career or struggle to be wealthy.

A woman who neglects this natural role may turn out unhappy.” 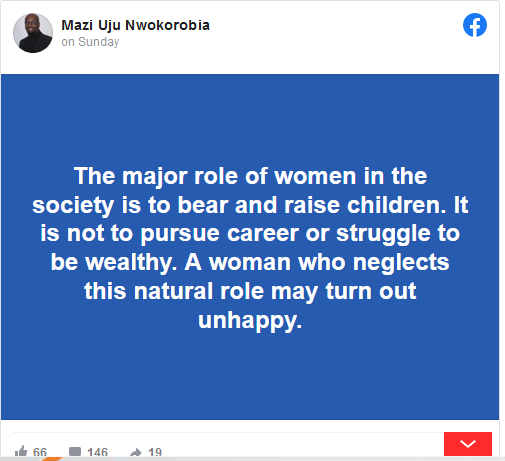