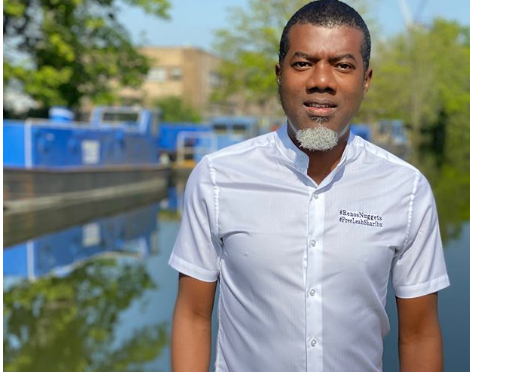 Football Star, Asisat Oshoala Speaks On Not Having The Support Of Her Parents On Her Road To Stardom

Former presidential aide, Reno Omokri has descended on ladies who make bold to say that they cannot marry a poor man. According to the dad-of-two, women from wealthy backgrounds would not be caught holding such an opinion and it is women who are poor and trying to escape their poverty that hold such views on love and marriage.

Omokri shared that it is a symptom of poverty in itself for a woman to insist that she will not marry a poor man, stating that women who are liberated financially hold the view that they want a man who loves them, not a rich man.

READ ALSO: Author/Dad, Reno Omokri, Tells Bachelors One Way To Spot The Wrong Woman For Them

“‘I can’t marry a poor man’, is a symptom of poverty. Women who grew up in wealth usually don’t have that mentality.

They know how to make money, so money is not their focus. What you will hear them say is ‘I can’t marry a man who does not love me’!”.

He added by warning men against using money to entice a woman into marriage.

Why You Should Be Friends With A Guy Before You Date Him | TV Girl, Bolanle Olukanni Counsels Women

“That is why as a man, you must refrain from using money to attract women, otherwise you may end up marrying a woman who is only marrying your money, not you!”,