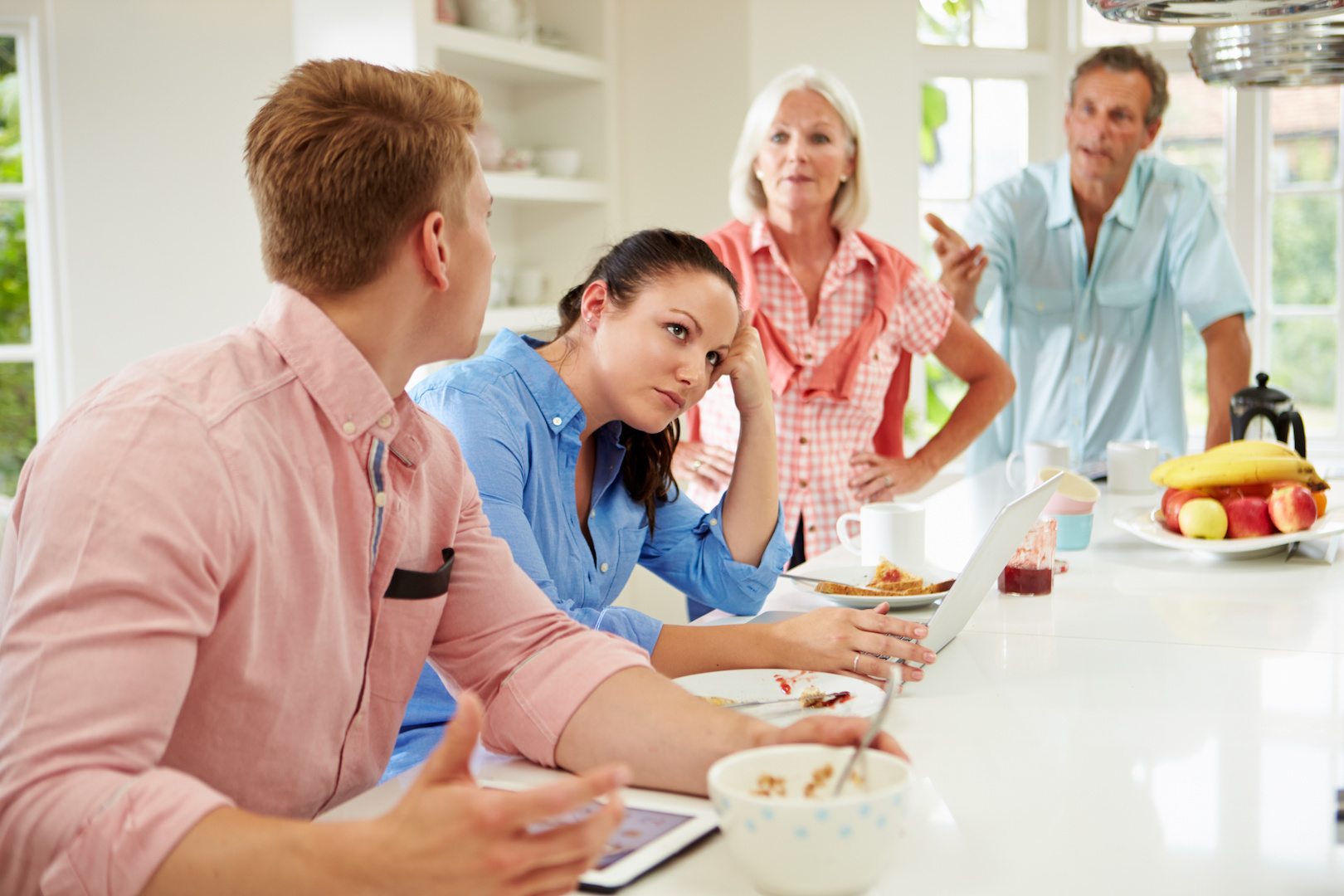 There is no marriage that is perfect and it is important for couples to devise means to amicably tackle their marital challenges. Though it has been argued that inviting third party into a union is not healthy, some people believe couples’ parents shouldn’t be regarded as such.

An engineer, Mrs Iyinoluwa Onabote, told PUNCH that it is wrong for couples, especially young ones, to discuss their marital challenges with their parents.

She said this was because most times, they could be biased in their judgments. In her words,

“For couples, who newly got married, and are just starting their lives together, I think it is wrong for them to discuss their issues with their parents. Their marriage is really not their parents’ business. Discussing their marital challenges with their parents does not show independence and maturity on the part of the couples.

“However, it may be okay if the parent is an expert in the area where the couples have a challenge, and both parties agree to ask the parent for help. For example, if one’s father is a lawyer and one has challenges in his professional area, there is nothing stopping one from discussing with him.  Then it is fine to discuss such with your parents.’’

Speaking further, it will be foolish to discuss everyday challenges and quarrels with one’s parents.

“They will be biased and still remember the issue long after the couple have settled. I believe it’s better to have agreed upon a neutral third party that can help with such issues when they arise,”

Also a retired nurse, Mrs Grace Okunloye, said that discussing one’s marital problems with one’s parents might not be a good idea because it could affect the parents themselves.

Okunloye, who is in her 50s, stated that discussing marital problems with one’s parents should also be determined based on the gravity of the issue.

She believed that not every issue could be handled by the parents, adding that they could unknowingly compound the problems in the process of proffering solutions.

The mother of four further said upon knowing the problems being faced by their children, it could have negative effects on the parents because of anxiety. Okunloye stated,

“Some problems can create or add to the anxiety of the parents who are already aging. So, couples should be able to handle their issues themselves without involving their parents. They should grow through their tough times too.”

On his part, an agriculturist, Mr Temitope Danilola, said there was nothing wrong with couples discussing their marital issues with their parents, stating that they only needed to be sure that they were in a good position to handle such intervention. He said,

“There is no blanket answer in my view though. I don’t see anything wrong with discussing marital challenges with anyone who can provide a reliable solution. I believe there are issues that couples can discuss with their parents but not all issues should be discussed with one’s parents when one is married.”

Just like Danilola, Seyi Williams advised that one should know the nature of one’s parents before discussing marital issues with them. Williams stated,

“But to be on the safe side, if one’s parents are very equal to the task, for the first five years of one’s marriage, it is good to discuss one’s marital issues with them because they are more experienced.”

Besides, Mr Sodiq Oduniyi is of the view that couples should not discuss all their issues with their parents. He described couples who do such as immature. He said,

“There are limited things parents should know about couples. I advise that personal issues shouldn’t be discussed with one’s parents but one can discuss issues involving both parties with them.

“For example, health, conception and other issues can be discussed because of their experiences in such matters. But financial issues should not be discussed with one’s parents except if they are in a position to help.”

Franklin, who had been married for over 20 years, told PUNCH that she belonged to a faith-based community, where they could choose a favourite couple whom they usually shared their marital problems with. She said,

Activist Mum-of-2, Aisha Yesufu Share Secrets To Her Happy Marriage Of 22 years Despite Her Strong Personality

“In the church, we usually choose best man and bride’s maid as a married couple. These are accorded honour and are almost like parents. Before a couple’s problems get to their parents, they usually would have been counselled by the couple. This provides strong support groups for young and older couples.

“Personally, I don’t think it is wise to discuss marital problems with one’s parents because they usually take sides with their child and may not be objective to point out their child’s error.”

A relationship expert, Mrs Nike Folagbade, told PUNCH that it was not advisable for couples to discuss marital problems with their parents because such could stay with them for a long time.

She stated that even when the couples moved on, their parents could still see their children’s spouses in such light.

“Couples shouldn’t discuss such issues with their parents but a professional who will be neutral in the matter because it is not likely that parents will be objective while handling issues amongst the couples,”

Folagbade explained that although couples could draw from their parents’ wealth of experience, it was important to note that knowledge of the parents before discussing such issues with them. She added,

“Parental experiences are important and it can help but it depends on who the parents are. Not all parents can forget these issues. If they must talk to their parents, I would rather prefer they ask them questions like, ‘how did you deal with this and that? What would you do in this scenario?’ This is better than sharing an argument or a quarrel with their spouses with them.”

On those who made their parents their closest pals before marriage, the marriage coach advised that they must be ready to break the bond and find friendship in their spouses. Folagbade stated,

“It’s a mind thing that requires being intentional. Marriage is about cleaving; hence one must start taking decisions together and acting free.

“You break forth from such bond by cutting extreme form of communications like stop calling them for some advice or consulting them before taking decisions. You should delegate such to your spouse. Avoid telling your parents what is happening in your home and also reduce your visits to them.”