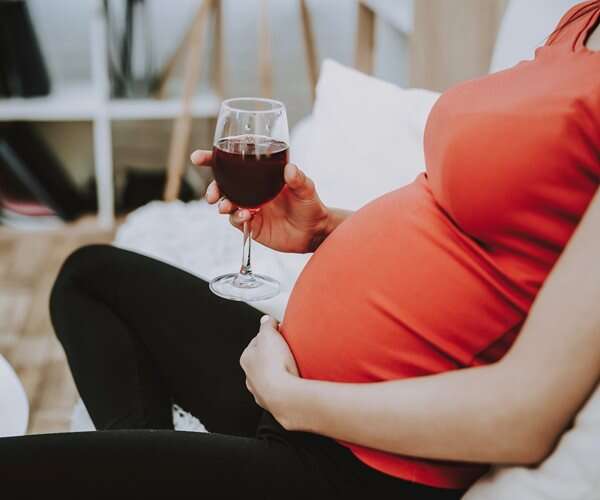 Drinking alcohol at any time during pregnancy can cause serious health problems for your baby. Alcohol includes wine, wine coolers, beer and liquor.

Drinking any amount of alcohol at any time during pregnancy can harm your baby’s developing brain leading to anxiety, depression, and poor attention in youth, a new research from Australia’s University of Sydney said.

This was published on Friday by researchers from the university’s Matilda Centre for Research in Mental Health and Substance.

The researchers said it was found that children who were exposed to even low level of alcohol in the womb during pregnancy displayed more psychological, emotional or behavioral problems than unexposed children.

Low level of alcohol use has been defined as no more than six drinks per week. In the largest study of its kind, the researchers sampled 9,719 youth to investigate the connection between a small amount of alcohol consumption in pregnancy and the psychological, behavioral, neural, and cognitive differences in children aged nine to 10 years old.

In the sampling, they hoped to find out whether there is a safe amount of alcohol use during pregnancy.

“Our research found that even small amounts of alcohol consumed while pregnant can have a significant impact on a child’s brain development,” Lead Author, PhD candidate, Briana Lees from the Matilda Centre said.

“The data indicates that there is no completely safe level of alcohol consumption during pregnancy.

“The vast majority consume one or two standard drinks per occasion which this study shows is enough to impact the baby’s brain,”

Drinking alcohol during pregnancy increases your baby’s chances of having these problems: