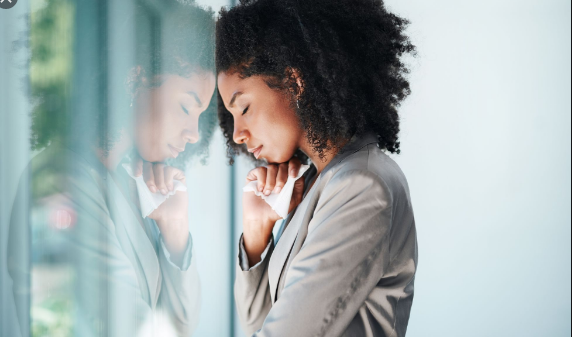 Denial in ordinary English language is asserting that a statement or allegation, is not true. The same word, and also abnegation is used for a psychological defence mechanism postulated by Sigmund Freud, in which a person is filled with a fact that is too uncomfortable to accept and rejects it instead, insisting that it is not true despite overwhelming evidence.

The subject may use simple denial which involves denying the reality of the unpleasant fact altogether or minimisation by admitting the fact but denying its seriousness which, is a combination of denial and rationalisation, or projection by admitting both but denying responsibility by blaming somebody or something else, explains consultant psychiatrist, Dr. Adeoye Oyewole.

Read more of what he had to say in the piece he wrote for Punch below:

Although denial is an immature defence mechanism, it may, however, be the initial stage of an adaptive coping cycle. When an unwelcome change occurs, a trauma of some sort, the first impulse to disbelieve begins the process of coping at times, allowing the mind to slowly rise to greater consciousness until a rational engagement of the problem is instituted.

This occurs in association to death, dying and sometimes rape. In this context, denial grants the person the time to accumulate sufficient emotional resources to fully face the trauma. Once fixed, the person deals with the trauma in a stage alternately called acceptance or enlightenment.

After this stage, the trauma sinks away from total conscious awareness again, left metaphorically upon a back burner or put away in a cupboard through sublimation that involves a balance of neither quite forgetting nor quite remembering.

However, it is definitely established that when immature defence mechanisms, especially denial are overused, they can lead to psychological disorders since it does not help to resolve the anxiety-producing situation. It is important that we realise that pathological denial can be exhibited on a large scale – among groups, cultures or even nations.

Lucy Bregman, gives an example of national denial of imminent mortality in the 1950s, the large scale denial by some people that the World War II holocaust never occurred. This shows that societies are marked by peculiar beliefs, customs, practices and values energised by culture as the enabling software.

In Nigeria, the bulk of our cultural values codified as superstitions, myths and taboos have denial as the central theme.

It may be that our forefathers had the creative use of denial in mind to give time to rationally engage problems but this defence mechanism has been largely abused in our cultural elaboration. This has been largely reinforced by authority figures in the clan and religious domains, specific instructions concerning certain issues in the society and several prohibitions without a basic rational engagement of issues. This has affected our style of governance where we parade ourselves as a wealthy nation based on a chance discovery of oil rather than creative productivity.

The civil service, the professional group, and even the academia are not engaging the real issues confronting our nation because the culture of denial is pervasive which frustrates real engagement of our problems. This denial mental paradigm provides the breeding ground for delusions that invariably culminate in mental illness.

At a personal level, when denial becomes overused in the context of an ongoing problem; reality testing becomes impaired and mental illness ensues.

The major difference between spirituality and religiosity is that denial is very prominent with religiosity while faith which involves the application of the power of omnipotence to deal with problems that are clearly defined and accepted is the hallmark of spirituality.

Most Nigerians are only religious but not spiritual as our religion has failed to interrogate our cultural values to expunge the destructive aspects because we prefer to wallow in denial which is a breeding ground for mental illness. Unfortunately, our religious leaders, because of pecuniary gains, have borrowed heavily from our cultural software of denial through fear, manipulation, and self-attribution.

I have always predicted that new patterns of mental illnesses will emerge from our religiosity where reality testing is largely impaired with a large scale reliance on another man’s faith rather than God which invariably makes such minds vulnerable to profound intrapsychic conflicts that survive on immature defence mechanism of denial leading to mental illness.

Men who belong to cultures with extreme notions of masculinity may view fear as a sign of weakness and deny internal feelings of fear. Some patients with personality disorder and substance abuse problems are thought to psychologically deny the reality of the harm they do to others and to self hence the traditional treatment programme for substance abuse and other addictions take denial as a central theme where patients are made recognise the extent of their denial and work towards acceptance.

Stress is a precursor of mental illness and can only be managed as precipitating issues are confronted just as prayer cannot be beneficial in the atmosphere of denial.