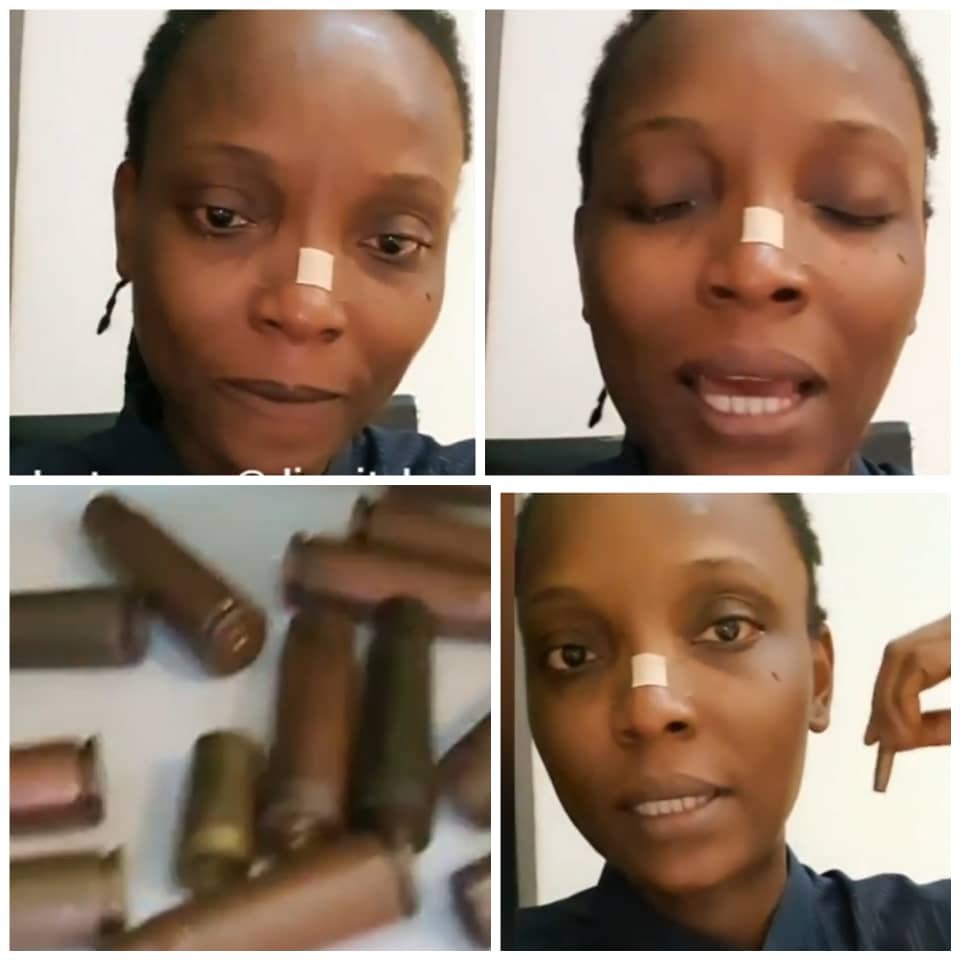 Nigerian female entertainer, Obianuju Catherine Udeh, professionally known as DJ Switch who streamed the Lekki shooting on her Instagram Live while it was happening has recounted the horrors she faced when soldiers opened fire on the peaceful protesters at the Toll Gate on Tuesday, October 20.

In a video she posted on her Instagram page, the popular female disc jockey asked the authorities not to insult the intelligence of Nigerians when giving their own account of what happened on that sad day.

According to her, the military aimed at peaceful protesters as they fired gunshots. She also said that SARS officers came in after the military had left and also attacked them.

She said they aimed and shot at the protesters while they held the Nigerian flag and sang the national anthem.

According to Switch, she and others present counted over 15 bodies.

People were falling left and right. Yes there were soldiers there. Another part that people are not talking about is that the police also came. The SARS people we are talking about, they also came, some maybe 40-45 minutes after the soldiers left.

We were teargassed. The teargas was like Cotonou pepper mixed with acid. We were running. We would run and we would come back and the only thing we fought with was our flags. We would sit on the floor and we would raise or hands up, raising our flags and singing the national anthem. That was all we had.

They put off the lights. Even if there was no power in that axis, there was always light at the tollgate. There was no lights. The street lights were off. It was pitch black,”

READ ALSO: ‘What’s that?’ President Buhari Leaves Nigerians Speechless After His Address On The #EndSARS Protests

Amidst tears, the DJ recounted how a boy saved her life but was later shot in the process. She said: 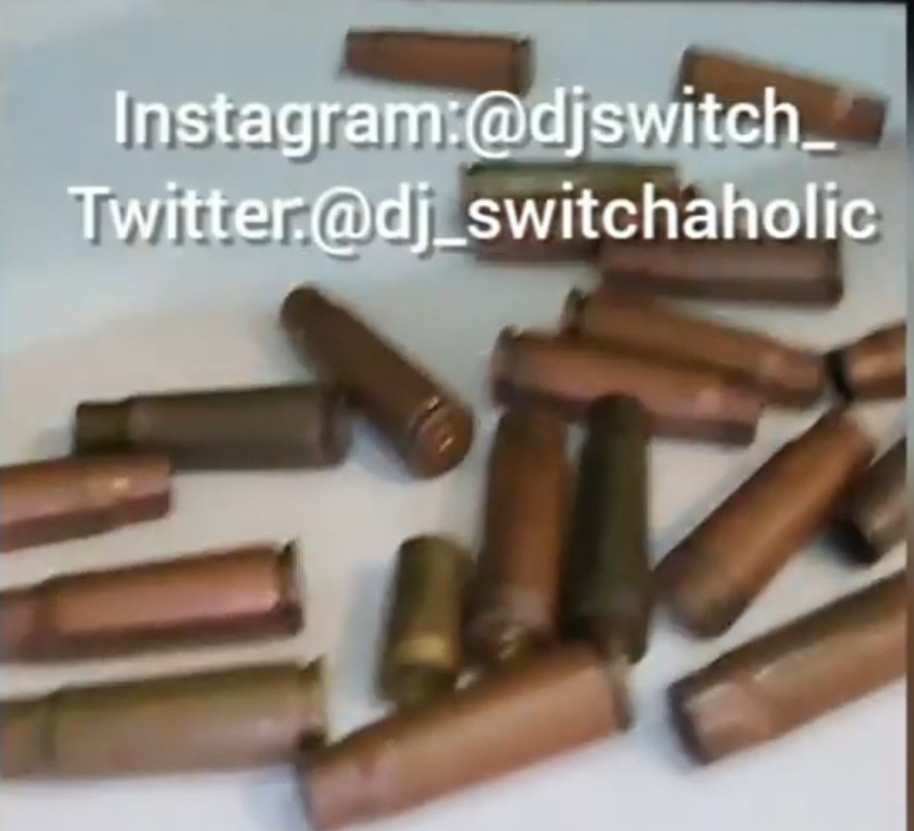 ”The military, they were there on Nigerian soil, killing Nigerian citizens. The police and their SARS like people came doing the same thing, aiming and shooting.

They were pointing the gun at us and shooting live bullets. Who takes live bullets to a protest? To our leaders, I urge you to please not insult the intelligence of Nigerians and the families.”

The entertainer expressed regrets that she and others allowed the military to take the bodies of the deceased persons.

”Something I think of in hindsight I wish we hadn’t done it but we carried dead bodies and dropped at the feet of the soldiers so that they could see what they did to us. When I asked their unit commander why are you killing us? I wish we didn’t do that because they ended up throwing the bodies in their van. This was up until the next morning,”

She dissociated herself from the social media accounts claiming she said 78 persons died. She said she and others counted 15 dead bodies. She said:

”I never said 78 people died. What I do know is that when I was doing the live, 7 people had died. When my phone died, we had counted about 15 people. I don’t know if it was more than that.

We had a lot of people stray bullet wound, gunshot wounds, and all that. People did die. It wasn’t photoshopped. I must be a tech genius to photoshop a livefeed.”

She dismissed reports that her cousin died in the incident.

Despite all she went through, she stated that she would still continue with the peaceful protest. She emphasised that the protesters should ensure that the protest is peaceful. She stated:

I condemn any sort of violence. I condemn the burning of buses and the source of people’s livelihood. I know we are angry but the most powerful weapon we have is peace. Let us continue, I cannot wait to come back because I will definitely be back on the street peacefully.”

Switch urged the Nigerian leaders not to insult the intelligence of its people by downplaying the incident. The disc jockey also claimed that the Nigerian army went away with most of the corpses.

“To our leaders, please I urge you not to insult the intelligence of Nigerians and their families. Something I think about now in hindsight is, I wish we had not done it, but we carried the dead bodies and dropped it at the feet of the soldiers so that they could see what they did to us.

When I asked their unit commander, ‘Why are you killing us?’ I wish we had not done that because they ended up throwing the dead bodies in their vans. This happened till the next morning,”