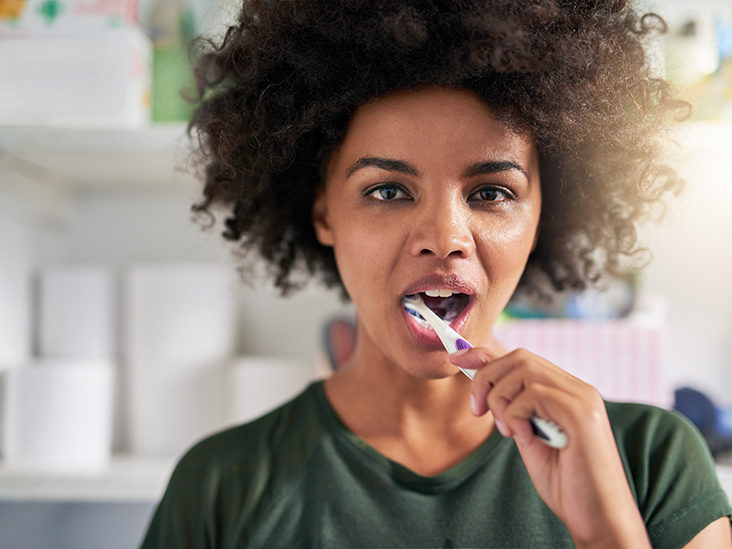 Teeth-brushing is far more complex than people realize, with some common habits actually causing significant damage to the teeth.

When you brush your teeth, you help remove food and plaque — a sticky white film that forms on your teeth and contains bacteria. After you eat a meal or snack that contains sugar, the bacteria in plaque produce acids that attack tooth enamel.

Eventually, the acid can break down tooth enamel, causing cavities. Plaque that isn’t removed can also harden into tartar, making it harder to keep teeth clean. Tartar buildup on your gums leads to inflammation that causes gum disease and that is why brushing more than once a day should be adopted if you’ve not started.

Brushing your teeth at least twice a day has long been the recommendation from the American Dental Association (ADA) if you want to maintain good oral hygiene—and limit your chances of having to get costly dental work down the road.

Not to mention that doing so also helps you avoid the social embarrassment of having bad breath or stained, unpleasant looking teeth.

The ADA recommends brushing for a full two minutes in the morning and at night, so it only takes a total of four minutes of your day—and yet, not everyone adheres to these guidelines.

In fact, more people than you might expect go through the majority of their days brushing just once. Of course, that’s certainly better than nothing, but there’s a reason experts say you should do it twice.

Read on to learn what will happen when you only brush your teeth once a day.

Brushing your teeth, along with flossing and using mouthwash, is key to fighting chronic bad breath, or halitosis. Bacteria builds up in your mouth throughout the day and while you sleep, so if you are only breaking up that bacteria once every 24 hours, your breath is going to be far from fresh, the ADA says.

Brushing your teeth only once a day, especially if that’s in the morning, increases your chances of gum disease—and possibly even tooth loss later in life.

“If you had a candy bar or even some raisins before you went to bed, that sticky sugar is like a gift to the bacteria in your teeth, ” Keith Arbeitman, DDS, of Arbeitman&Shein Dentistry in New York City, told Men’s Health. “And you’re just letting that bacteria feast on your teeth all night.”

While gum disease is a possible result of being a once-a-day brusher, cavities are a certainty, Arbeitman says. Again, this is especially true if you are only brushing in the morning.

And that will likely to lead to more dental work.

The occasional cavity is not uncommon, and for the most part, getting one is a fairly innocuous event. But fillings need to be replaced and each time that happens, a little more of the tooth gets worn away.

This increases your chances of needing to have the tooth capped, not to mention additional trips to the dentist. “It adds up to pretty expensive stuff that could generally be prevented,” Arbeitman says.

And for tips on keeping bacteria off your brush when you’re not using it, check out This Is How You’re Storing Your Toothbrush in the Worst Way Possible.