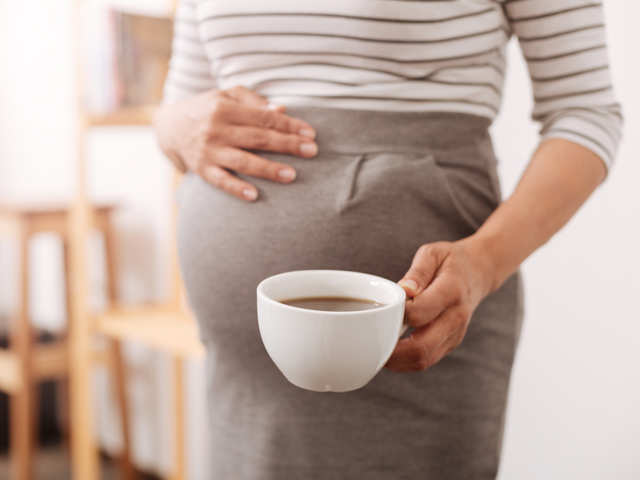 Guidance on the NHS website suggests pregnant women should limit the amount of caffeine they consume to 200mg a day, while the World Health Organization recommends an upper limit of 300mg a day.

But this new study, which is due to be published in the European Journal of Obstetrics, Gynaecology and Reproductive Biology next month, found that for each 100mg of caffeine (coffee) consumed per day a woman’s risk of stillbirth increased by 27 per cent, compared to those who consumed none.

A filter cup of coffee contains around 120mg of caffeine on average, “so for every cup you have a day, you put your risk up by another 27 per cent,” said study author, Professor Alexander Heazell, Tommy’s research centre director and professor of obstetrics at the University of Manchester.

“If women are able to, it’s probably better not to have caffeine in late pregnancy,” he told The Telegraph.

In light of the findings, the Royal College of Obstetricians and Gynaecologists (RCOG) has called for a review of the current recommended caffeine limits.

The researchers examined data from 290 women who lost their babies after 28 weeks gestation across 41 maternity units across the UK between 2014 and 2016.

This was compared to 729 women with an ongoing pregnancy. They then combined information on factors associated with stillbirth with an interviewer-led questionnaire about mothers’ consumption of various caffeinated drinks.

Results were adjusted for the effects of potential confounding factors, such as smoking, alcohol intake and education, and caffeine intake was found to have an increasing relationship with stillbirth.

Energy drinks had the most impact leading to an 85 per cent increased risk of stillbirth based on an average of 103.9mg caffeine per serving, compared to no caffeine, while tea was found to have no increased risk due to the low caffeine levels.

“This study demonstrates that for caffeine intake in excess of the limit recommended by the World Health Organization is associated with 2.3-fold increased risk of stillbirth after 28 weeks’ gestation,”

Previous research has suggested that when caffeine crosses the placenta babies are unable to process the stimulant.

And in August another research paper, published in the journal BMJ Evidence Based Medicine, concluded that women who are pregnant or trying for a baby should consider avoiding caffeine altogether.

Overall, more than half of the women surveyed for this latest study reduced their caffeine consumption during pregnancy.

“It’s a relatively small risk, so people shouldn’t be worried about the occasional cup of coffee, but it’s a risk this research suggests many aren’t aware of,”

“Anyone planning to have a baby needs to know that consuming caffeine during pregnancy can raise the risk of stillbirth and other pregnancy complications, so it’s important to cut down as much as you can; the national guidelines should be the limit, not the goal, and the more you can cut down beyond that the better.”

Dr Jo Mountfield, a consultant obstetrician and Vice President of the RCOG, said the study adds to the “body of evidence” supporting limiting caffeine during pregnancy, and highlights that women are “not always aware” of the caffeine content in food and drink.

READ ALSO: Pregnant Women Who Do This Are Less Likely To Have Pre-term Babies- Research

Though the current recommended intake is based on “extensive evidence”, the RCOG would “support a review of these limits in light of this new study”, Dr Mountfield said.

“Any women who have concerns or worries about their or their baby’s health – including the baby’s movements – should seek medical advice from their midwife or hospital immediately,”