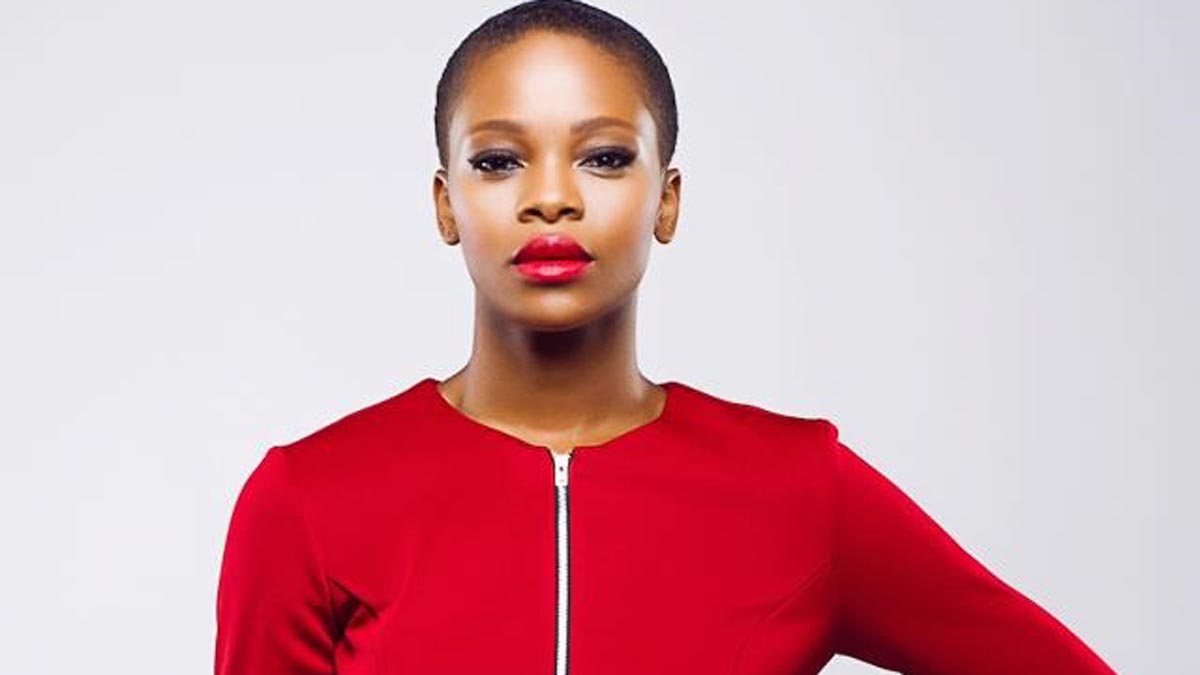 Media personality, Zainab Balogun-Nwachukwu has advised her followers to take their health seriously as she disclosed that she recently had surgery.

The 31-year-old actress said she is on the road to recovery and has had to watch her body change due to the surgery. She added that the recent photo she shared marks the first time in a while she felt like herself. 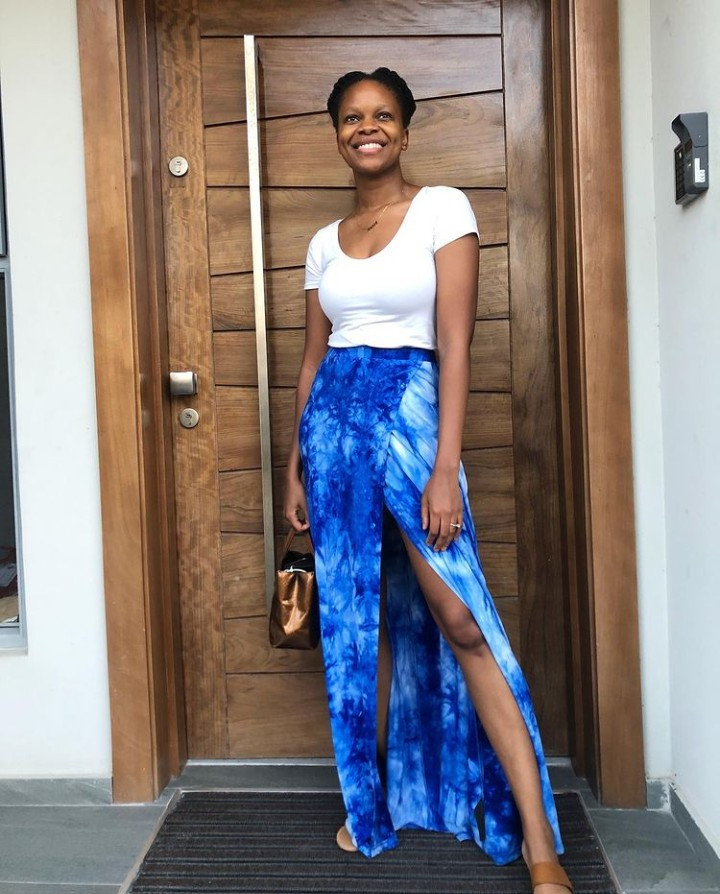 She stated that she’s finding the value in simple things like being able to stand up straight. She thanked her “amazing medical team” and her family and friends then told her followers to “listen” to their bodies and take every pain seriously, be it “visible” or “invisible” pain. 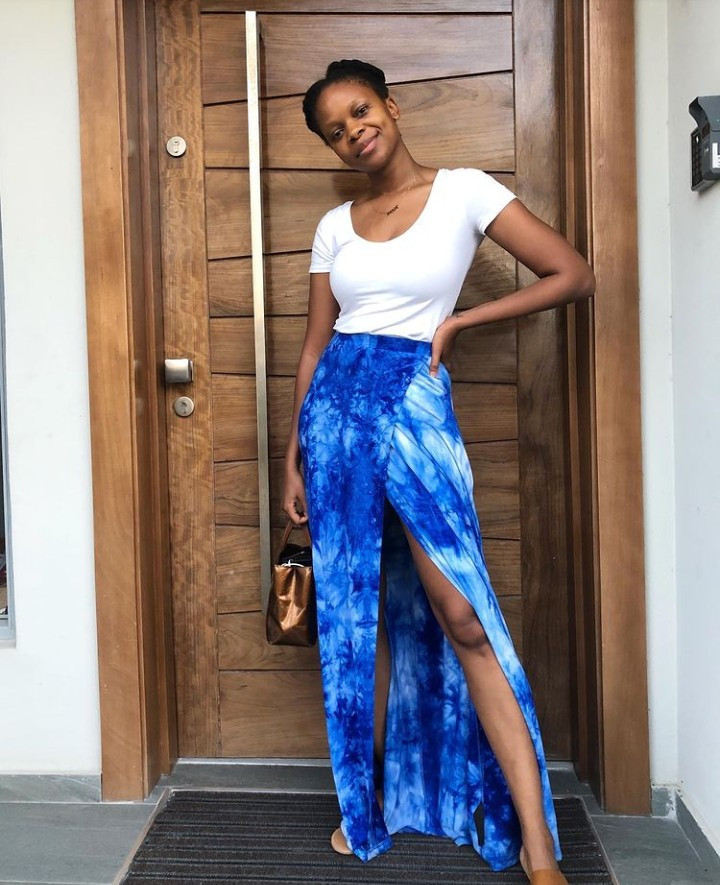 In October I told God I wanted to be surprised with a testimony for each day.

I probably should have been more specific because the last few weeks have been quite special.

From having surgery expectedly, the road to recovery, watching my body change to finding value in things like simply being able to stand up straight.

I had an amazing medical team from the start. My family and friends were always showing out.

This picture marks the first time in a while where I felt like my old self if not better!

There’s so much to unpack which I’ll share much later but for now I am well, blessed and gradually feeling like a spice again.

The important thing to note is, listen to your body. Don’t ignore visible nor invisible pain. Don’t put it off. 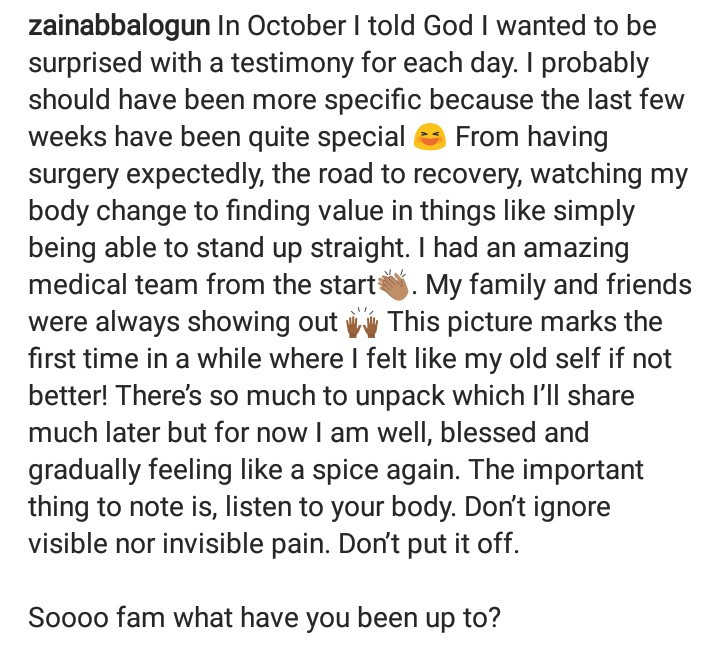