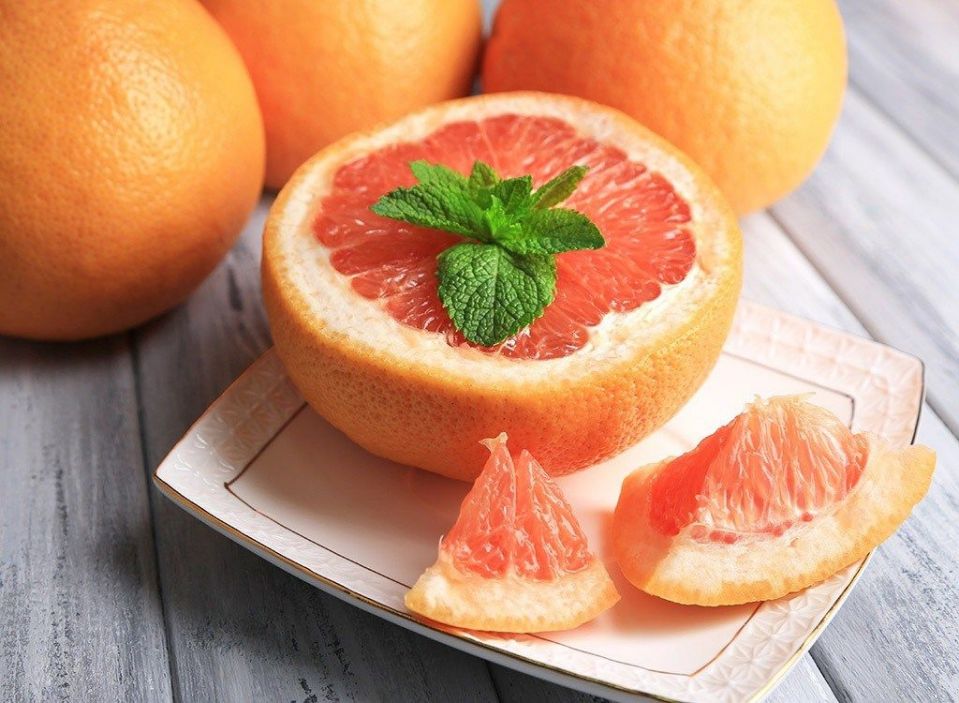 Beyond The Glitz & Glam, Queen Ola Speaks On The Lessons From The Crash Of Her Marriage To Alaafin Of Oyo

Relax for a second, and remember this: You can prevent this from happening. Science used to think of brain functions, like memory, as semi-mystical processes that were out of our control. Forgetfulness and cognitive decline was accepted as a natural part of aging. Today, we know neither is true.

Although there’s no guarantee that you’ll be grabbing grand prizes on Jeopardy! in your golden years, there are plenty of easy, even fun, things you can do to prevent memory loss.

Read on to discover Eat This, Not That! Health’s top 21, and to ensure your health and the health of others

Good news, java junkies: Your daily habit can be good for your brain. Several studies have shown that caffeine has a positive effect on memory—and the benefits are most pronounced in the people of middle age and over 65.

Memory peaks in the morning and declines over the day, but research published in the journal Psychological Science found that older adults who drank two cups of coffee didn’t suffer this “time-of-day” effect.

The Rx: Drink up. Just don’t exceed 300mg of caffeine a day, which is about three cups of drip coffee.

You knew that physical activity was good for your heart, but did you realize it can literally pump up your brain? Researchers at the University of British Columbia found that aerobic exercise actually increases the size of the hippocampus, the part of the brain associated with memory storage.

The Rx: Read or do crossword puzzles. Play cards or computer games. Volunteer at a local charity or school. Take different routes when driving. Learn to play a musical instrument.

We’re learning more all the time about the far-reaching effects depression can have on our health, from increasing the risk of cardiovascular disease to impairing memory.

A study published in the journal Neurology found that people with symptoms of depression had worse episodic memory, a smaller brain volume, and a larger number of vascular lesions.

“With as many as 25 percent of older adults experiencing symptoms of depression, it’s important to better understand the relationship between depression and memory problems,” said study author Adina Zeki Al Hazzouri, Ph.D., MS, of the University of Miami Miller School of Medicine in Florida.

The Rx: If you’re experiencing chronic sadness, low mood or a lack of interest in things you used to enjoy, talk to your doctor.

Hanging out with friends can count as a workout for your brain. According to a University of Michigan study, spending just 10 minutes talking with a friend can yield significant improvements in memory and overall cognitive ability.

The Rx: Call or Skype with relatives and friends. Go to the gym. Take classes. Just don’t spend too much time on social media like Facebook: That’s correlated with a higher risk of depression.

Relax more. If you don’t learn to let some things go, you might lose your memory. Researchers at the University of Iowa have linked the stress hormone cortisol to short-term memory loss in older adults.

The Rx: Mindfulness, meditation, unplugging from social media and TV, and regular physical exercise are all very effective at reducing stress.

During sleep, the body heals and recharges itself. The brain, in particular, flushes away toxins, which researchers found lowers the risk of Alzheimer’s.

Another study, published in the journal Neuroscience, found that people who were taught specific finger movements (like hitting piano keys) were better able to recall them after 12 hours of rest.

“When you’re asleep, it seems as though you are shifting memory to more efficient storage regions within the brain,” said study author Matthew Walker, Ph.D., of the BIDMC’s Sleep and Neuroimaging Laboratory.

The Rx: The National Sleep Foundation recommends that adults of every age get seven to nine hours of sleep nightly—no more, no less. Oversleeping has been correlated with a higher risk of dementia.

A poor diet won’t just add to your waistline—it can detract from your memory. A new study published in the journal Frontiers in Endocrinology found that unhealthy eating habits can impact brain health.

“People are eating away at their brain with a really bad fast-food diet and little-to-no exercise,” said study author Nicholas Cherbuin, head of the Centre for Research on Ageing, Health and Wellbeing at the Australian National University.

“We’ve found strong evidence that people’s unhealthy eating habits and lack of exercise for sustained periods of time puts them at serious risk of developing type 2 diabetes and significant declines in brain function, such as dementia and brain shrinkage.”

The Rx: Keep your weight in a healthy range—your heart and blood pressure will benefit too. What specific diet has been correlated with better brain health? Read on to find out.

How’s this for a seductive proposition: Oysters are a rich source of zinc, which improves working memory among middle-aged and the elderly, according to research published in the British Journal of Nutrition.

The Rx: Indulge in oysters every now and again. Other foods high in zinc include eggs, nuts, legumes and whole grains.

The sour breakfast staple of yesteryear has only a sweet effect on your brain. Why? It’s high in folic acid. Research published in The Lancet found that study subjects who consumed more folic acid had “significantly better” memory, information processing speed and sensorimotor speed than a group taking a placebo.

The Rx: Add a half-grapefruit to your meal. One caveat: Grapefruit and grapefruit juice can interfere with some types of medication. Talk to your doctor. He might advise a multivitamin instead. Other foods that are high in folic acid include leafy green vegetables, other citrus fruits, beans (particularly black-eyed peas), avocados and bananas.

Chilling out can keep your memory intact. Researchers at the University of California at Santa Barbara found that college students who did 45-minute meditation sessions four times a week scored 60 points higher on the GRE’s verbal exam after just two weeks.

The Rx: How do you practice mindfulness? It’s the groundwork of meditation: Sit in a quiet place, breathe slowly, and concentrate on what you’re thinking and feeling in the present moment. (Here’s a quick guide.)

It’s time to join the millennials in ordering avocado toast: A 2017 study at the University of Illinois at Urbana-Champaign found that monounsaturated fatty acids — like those found in avocados — may improve organizational function in the brain, potentially boosting memory retention.

The Rx: Add avocado to your diet, but don’t overindulge: Nutritionists say one-quarter of an avocado equals one serving. Other foods rich in beneficial monounsaturated fatty acids include almonds, cashews, peanuts and peanut butter, and olive oil.

Here’s a good excuse to revisit the high human drama of Monopoly and Risk: Researchers at the Université Bordeaux Ségalen and the Institute for European Expertise in Physiology found that adult patients who regularly played board games were 15 percent less likely to develop dementia than their non-game-playing peers, and they experienced less depression as well.

The Rx: Get playing. The researchers said bingo and card games count too.

Add this spice to your life ASAP. A study published in PLoS One reveal that mice fed cinnamon extract exhibited fewer symptoms of Alzheimer’s disease, including memory and cognitive issues, than a control group.

The Rx: Top oatmeal with cinnamon, stir it into your coffee or sprinkle it onto whole-grain toast.

Just like cinnamon, dark chocolate has been correlated with a healthier brain. A 2018 study at Loma Linda University found that eating just one serving of dark chocolate could boost memory, cognition, the immune system and mood.

The Rx: Treat yourself to a few squares of dark chocolate regularly. Look for a bar that’s at least 80 percent cacao.

Here’s another reason to eat your greens (and all other colors of the rainbow): A 2018 study published in the journal Neurology surveyed 28,000 men; those who ate the most fruits and vegetables were the least likely to develop poor thinking skills.

“Scientists speculated that the antioxidants and bioactive substances — such as vitamins A, B, C, and E; carotenoids; flavonoids; and polyphenols — found in fruit and vegetables may reduce brain oxidative stress, which in effect may prevent age-related brain dysfunction like memory loss,” says Harvard Medical School.

The Rx: At the grocery store, see red first. Resveratrol, a pigment found in red fruit, like apples, strawberries, raspberries, and grapes, has been linked to a reduction in Alzheimer’s risk by researchers at Georgetown University, potentially boosting memory.

Foods high in saturated fat aren’t just bad for your heart—they also tax the brain. Why? They boosting your blood cholesterol level, which forms sticky plaques in arteries.

The same process that can lead to a heart attack seems to gum up the neurological works as well. In a study published in the journal Annals of Neurology, study participants who ate the most saturated fats from foods such as red meat and butter performed worse on tests of thinking and memory than those who ate the least saturated fat.

The Rx: An excellent diet for your brain and heart is the Mediterranean diet — lots of fruits and vegetables, plus fish, whole grains, legumes, nuts and healthy fats like olive oil.

If you haven’t permanently stubbed out the cigarettes yet, this might convince you: People who’ve quit smoking have better memory than their still-smoking peers. That’s the conclusion of a study published in the Journal of Alcohol&Drug Dependence. Researchers think the same toxins that damage the lungs can harm areas of the brain dedicated to memory.

The Rx: If you need help quitting, see your doctor. Don’t switch to smokeless tobacco or e-cigarettes.

Junk food can turn your mind to mush. Eating highly refined carbohydrates—like white bread, bagels, cookies and sugar-sweetened beverages—and foods high in added sugar can lead to high blood sugar, which has been linked to memory loss and dementia.

The Rx: Choose foods made with whole grains, exercise and avoid empty calories to keep your blood sugar, and memory, in check.

SEE ALSO: Just Eating This Super Fruit Can Give You An Instant Brain Boost

Turns out mom was right—too much TV will rot your brain. A study published in the journal Brain and Cognition found that, for each hour a person between the ages of 40 and 59 spends watching TV, their risk of developing Alzheimer’s increases by 1.3 percent.

The Rx: Turn off the tube more often. Socializing and getting physical exercise will boost your brain health too.

Booze is a potent neurotoxin that has damaging effects on the brain. Researchers have found that chronic binge drinking can damage the hippocampus, a part of the brain that is crucial to memory.

The Rx: Experts say women should limit themselves to one drink a day, and men to two. After age 65, men should downsize to a solo drink too.