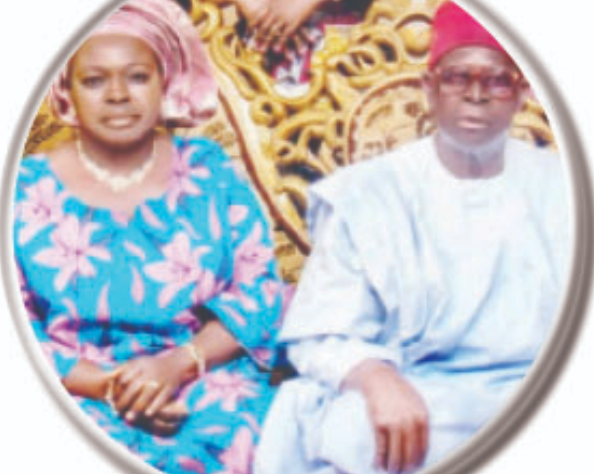 In a recent interview with SunNews in Jos, Dr. Dangyang who is married to his Queen, Mrs. Garose Nga Dangyang for about 64 years, both natives of Gyel District of Jos South Local Government Area of Plateau State, talked about and shared experiences from their marital journey.

You’ve lived as husband and wife all these years. Could you tell us how you met before two of you got married?

Husband: I became a traditional ruler in 1959. But about three years before I did, I saw her in her house.

What were you doing in her house?

Husband: It was my friend that saw her first and talked to her about me. She then demanded to see me. I didn’t know her before. My friend told me that there is a lady I need to meet.

After that, what happened?

Husband: They talked to her on my behalf and they took me to the house to see her. When I saw her, truly she was the kind of lady I was looking for and I accepted her to be my fiancée.

Was it the same thing with you, or are there details you may want to add?

Wife: I think he has said it all. I didn’t know him before then but when his friend talked to me, I demanded to see him and the first day I saw him, I noticed that he was a husband material.

Why did you fall in love with him?

Wife: First, he presented himself in a mature manner and he was caring and well behaved. That was why I fell in love with him.

Was she the only girl in your life?

Husband: Well, that time young girls were rushing at me; each one was willing to become my wife.

Since, according to you, there were several young girls during that period, why did you decide to go for her?

Husband: There was a lady that I was in love with in Vwang District, which was far from my community. Her father said no, that my house is very far. The father wanted her to marry in Vwang community close to her so that she would be coming to assist him.

That was why I did not marry the other girl. I went for my present wife because she was the kind of lady I wanted but I didn’t know her behaviour very well until I stayed with her for some time and after then, I knew that I didn’t make a mistake.

Were you a king that time?

Husband: No, I wasn’t a traditional ruler then but I was a young boy with high prospects that every young girl would want to have as a husband. We finally got married in 1956.

Was there any opposition from anywhere: relatives, friends, concerning your marriage?

Husband: My family accepted her but that time, if you saw a lady that you liked, the first thing you would do after she had accepted you was to go and see her parents, to inform them. Even if they opposed it, both of you could decide to marry and then reconcile with your parents later on.

Wife: There was no opposition as such but my father demanded that he should give him a horse which he produced.

What qualities made you choose him above other eligible bachelors or suitors within that period?

Wife: He was very handsome and well behaved more than other young men that were coming to ask for my hand in marriage.

Husband: I told her that I love her and I want to marry her.

Wife:  I said answered him yes, that I also love him too but he should go and ask my father.

Did you go to ask her father?

Husband: Yes, but he didn’t accept right away because somebody was in love with her. The father wanted her first boyfriend to give him a horse so that he can use it to bury his father. He told me that if I have a horse then I should bring it to marry her and I gave him the horse.

What made you abandon that young man with whom you were courting?

Wife:  My father had insisted that I must marry the other suitor but when the current man came, I said no, I have seen my husband. That was how I separated from the other guy.

When you wanted to marry, did your father agree?

Wife: No, he didn’t accept the marriage but I insisted that this is the person I want to marry.

Husband: When we got married, I was going to the market and farm with her. She encouraged me to be who I am today. She is well behaved and she encouraged the relationship even after marriage. We have two children but one died and one is alive.

When did you marry your wife? Was it in church?

Husband: We didn’t marry in the church. I married her when she was still covering herself with leaves. That time she was not wearing clothes while I was using animal skin to cover myself.

Was that how he married you?

Wife: Yes, there was nothing like clothes then.  I used leaves to cover myself as a young girl then.

Have you thought of going to the church to sanctify your marriage?

Husband: No, I had been approached several times to do that but I declined because we are living peacefully; nothing is wrong with my marriage.

What do you remember most about your marriage?

Wife: We have always loved ourselves and if there are issues we resolve them without the interference of our parents or external forces.

Husband: Well, there is no how you will live with a woman and not have issues. In most cases, I was the one troubling her.

If there is a misunderstanding in the house, how do you usually resolve it?

Husband: We usually resolve our issues between us. We don’t allow people to come in-between us.

Wife: I know there are lots and lots of issues but I have always remained patient. Each time he wronged me, he would seek for forgiveness and I always forgive him; that is what has kept us together throughout these years.

Husband: Yes, she cooks good food and she behaves well; these are some of the things I like about her.

Wife: He gives me food and anything I asked him. He usually provides for me, that is one thing I like most about him.

Husband: My prayer for young men is to marry and live peacefully with their wives although we have a lot of youths indulging in drugs and criminal activities. In those days, our parents didn’t want us to drink beer but today parents don’t have absolute control over their children. They take all sorts of things; that is why we are having many problems.

Wife: I will advise young ladies to be very careful with the world today, things are not like before. I want them to behave well so that they can attract responsible men to marry them. It is only when you behave well that you will get good partner. They should also be patient and stop prostitution and drunkenness; that will not help.

READ ALSO: Building A Home Together: Nigerian Couple, Daniel And Esther Who Have Been Married For 25 Years Share Their Formula

In light of rampant divorce cases these days, from your own personal experiences, what pieces of advice would you want to give newly married couples on how to make their marriage last as long as your own has lasted?

Husband: Today if a young man gets married and something that is avoidable happens between them, the next thing is to hear that the marriage is over. I blame this action on taking hard drugs and other things. You will see a man drinking and the wife will also go out to drink and both of them would come home drunk; that is what is happening today.

There are young men also who would just get married and leave their wives without providing food for them. That will not bring peace in the marriage. In those days, your wife would not look for food and give you; it is the husband that would go out and look for food to feed the family with. But the reverse is the case today. It is women that are feeding men, it’s very unfortunate.

Wife:  I would advise women to be patient with their husbands because there are some men that are irresponsible. You would see a man abandoning his wife and children at home without food and each time he comes home, he is expecting to be given food; that is not good. It brings divorce.