The plight of the girl child has always been one of concern on many fronts but the story of a 12-year-old Nigerian girl (names withheld) who was raped by one of her teachers simply identified as Mr Daniel, and also suspended by the school management on the ground that her continous presence in the school will paint the school in a negative light is a rude awakening.

Read the heart-wrenching story as reported by a human rights activist based in Benue State, Ukan Kurugh on his Facebook wall:

”THE SAD STORY OF A 12YEARS OLD GIRL WHO WAS EXPELLED FROM HER SCHOOL AFTER BEING RAPED BY HER TEACHER IN ORDER TO PROTECT THE IMAGE OF THE SCHOOL This is one of the most heart wrenching cases of rape I have ever come across Last week Saturday a 12years old (name withheld) pupil of Creativity Nur/Pri school Wannune was raped by her teacher, Mr Daniel.

My source revealed that Mr. Daniel had given the pupils an assignment to take home over the weekend. However he singled out the 12year old and asked her to meet him on Saturday so that he can help her with the assignment.

In order to perpetuate his evil intentions, he wrote his phone number for her and asked her to call him with any available phone.

On the said Saturday, the little girl took her mum’s phone and called her teacher who directed her to meet him at his friend’s house which she did, unknown to her his plan was to take advantage of her. It was until later in the evening that the parents of the little girl became worried about the absence of their daughter. Because it was unusual for her to be out late. So they began to search for her.

At this point someone mentioned to the girl’s mother that he had overheard her arranging to meet with someone close to her school. With this information, the parents of the girl went to the proprietor of her school to enquire about the owner of the phone number. The proprietor told them that he didn’t have the numbers of all his staff however he summoned the headmaster to cross check the number.

When the headmaster dialed the number he realised it belonged to Mr Daniel. The headmaster immediately traced Daniel’s house and took the girls parents along. However when Daniel was accusted he denied knowledge of where the little girl was.

It was until he was arrested and taken to the police station at Wanunne that he disclosed the location where he had kept the little girl. When the little girl was found she was bleeding from her pubic part and her clothes were heavily stained with blood. Daniel however denied having sex with the little girl and claimed that his friend must have raped her after he left both of them in the room.

The sad twist to the story is that the investigation into this case has since being stagnated as the police curiously withdrew the matter and asked the parties to settle themselves at home. Mr Daniel’s parents are said to have offered the little girls parents the sum of 100, 000.

What is the future of our children even those yet to be born if we continue to negotiate with criminals and rapists? All we are asking is for justice to be allowed to prevail! Nobody is thinking of the psychological and physical trauma the little girl was made to pass through.

I call on the Ministry of Education, Parents Teachers Association, NAPTIP, the Police, CSOs and all well meaning institutions and individuals to come to the aid of this little girl, to ensure that she gets justice.”

Thank you for sharing this! 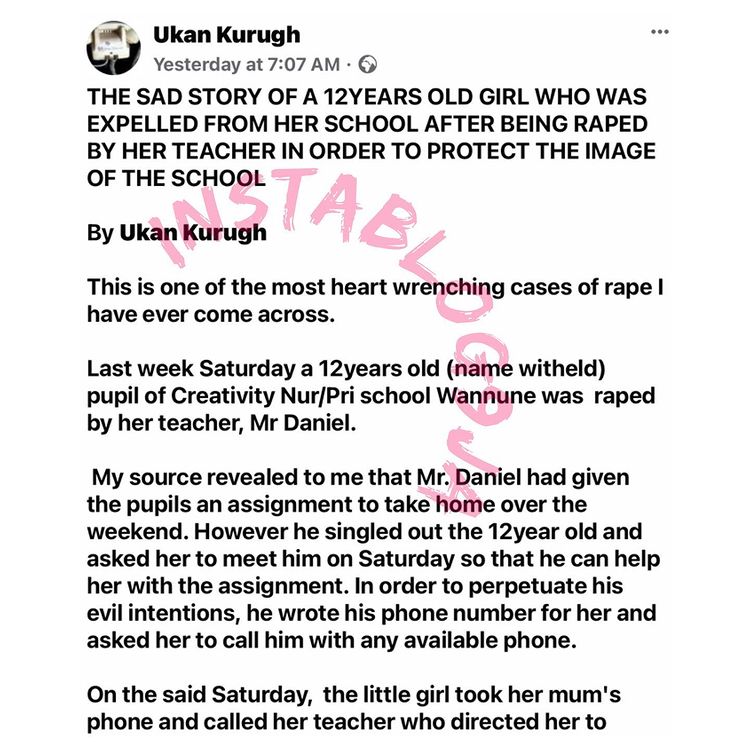 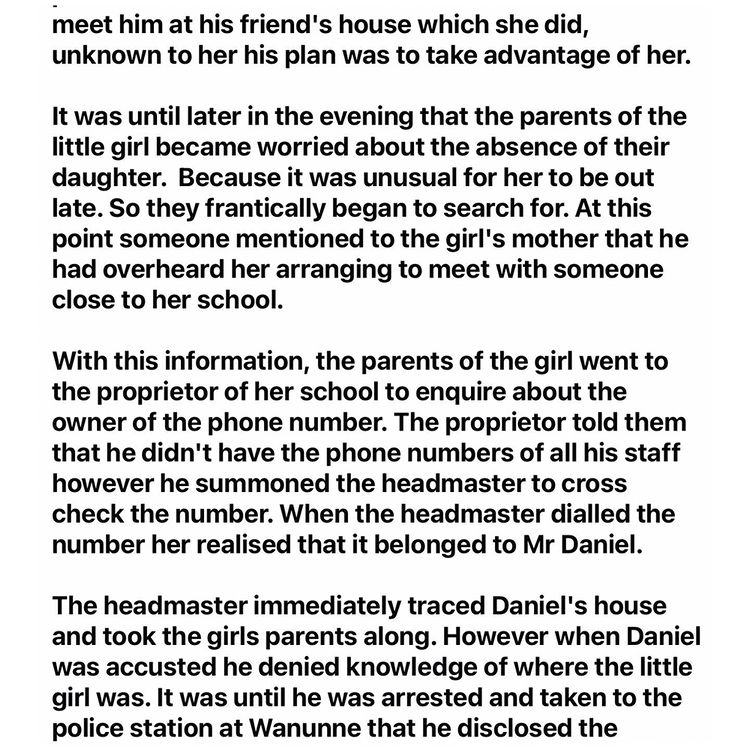 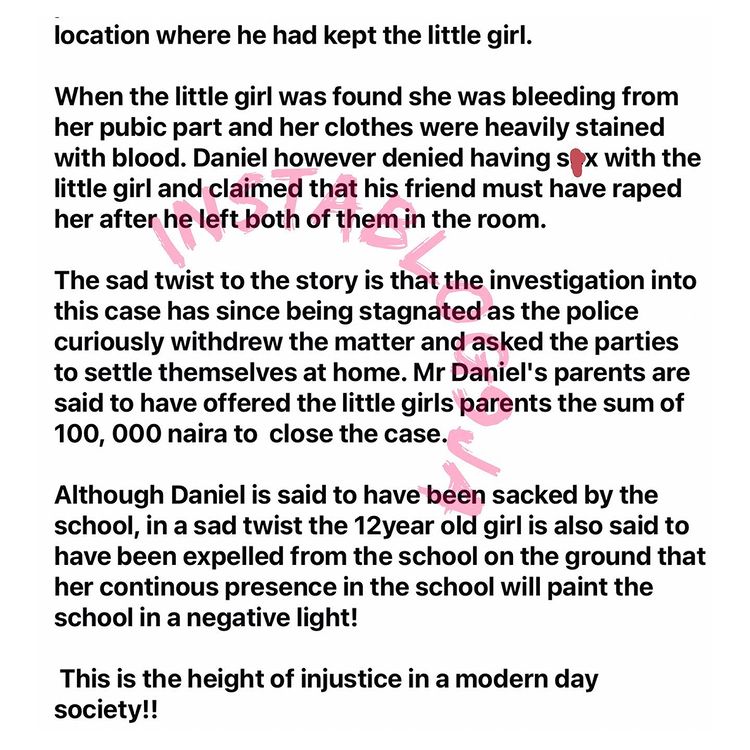