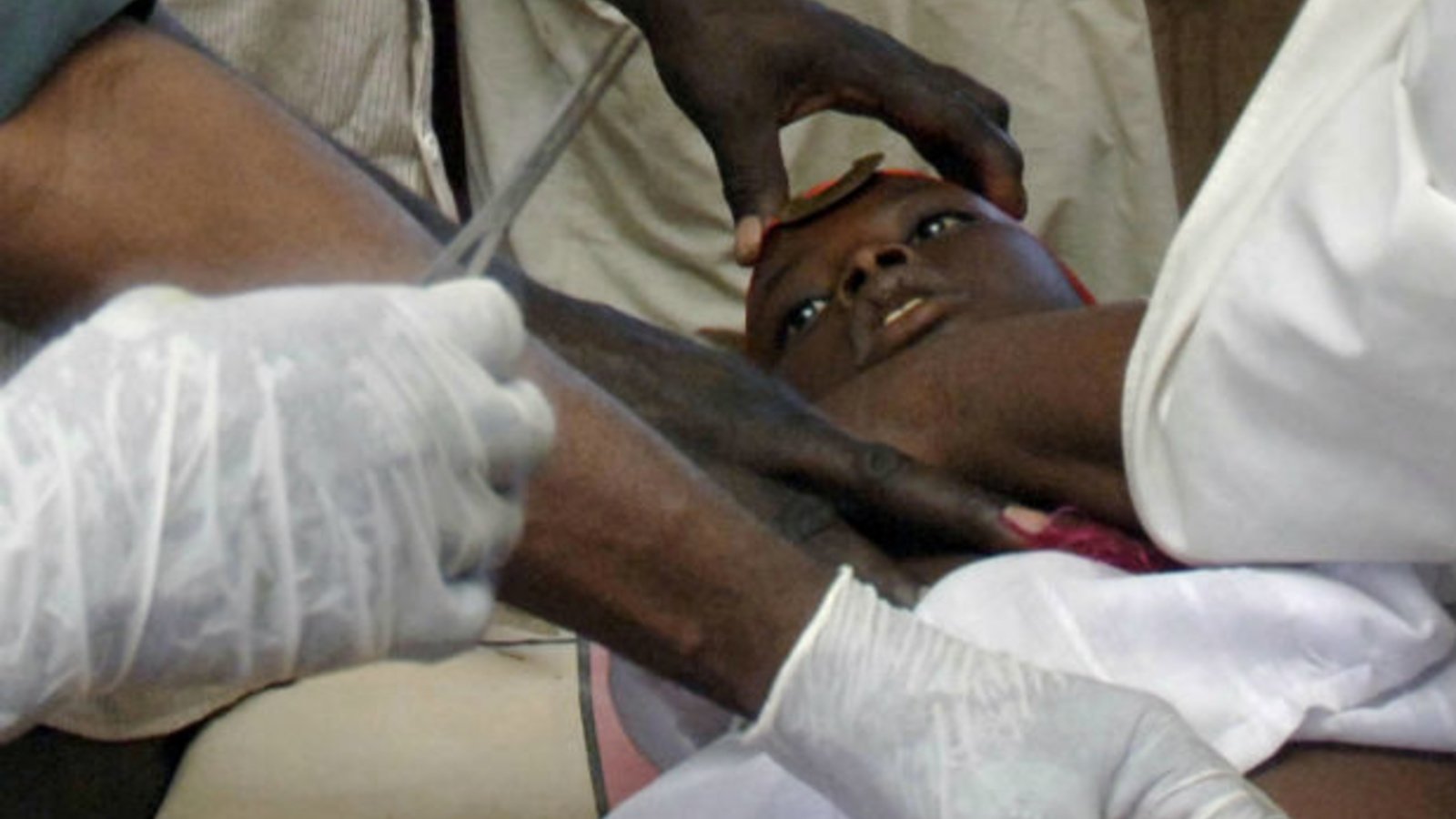 Is Sex During Menstruation Ideal, Healthy? Physicians Weigh In

Routine circumcision is usually performed during the first 10 days (often within the first 48 hours), either in the hospital or, for some religious ritual circumcisions, at home.

However, for some cultural and religious reasons, some parents delay the circumcision of their children until they get to a certain age in Nigeria and some other countries in Africa, even as medical experts say deferring or delaying male circumcision has no medical advantage.

According to a new study, the risk of premature ejaculation is higher among males who undergo circumcision after the age of seven.

The researchers proposed that premature ejaculation in heterosexual men be defined as “a repetitive pattern of ejaculation occurring within approximately one minute on 75 percent of occasions for at least six months.”

Experts say though there is no set time when a man should ejaculate during sex, if you ejaculate and lose your erection this soon, you and your partner may feel there’s not enough time to enjoy it.

The 2015 study was published online by the National Institutes of Health in open-access journal BMJ and titled, ‘At What Age Range Should Children Be Circumcised?’

Apart from the risk of premature ejaculation, the authors say, circumcising a child late comes with longer hospitalisation which, they warn, is associated with an increased risk of infection as well as increased costs.

The clinical trial of the study, which involved 603 children, was conducted at the affiliated hospital of Erzincan University of Medical Sciences, Turkey, between June and December 2014.

The study was done to determine the best age range for routine male circumcision with respect to a child’s health and the cost. It notes that neonatal circumcision has fewer associated complications unlike the one done in older age.

Citing earlier work by researchers, the study authors reported that circumcision in the phallic period [spanning the ages of three to six years] doesn’t affect psychosexual functions; while other researchers found that the risk of premature ejaculation is higher in children circumcised after age seven.

“These findings suggest that it is better to perform circumcision when boys are one year old, when the anesthesia complications are also at a minimum.”

Again, a 2014 article published in peer-reviewed journal, Nature and titled, ‘Does circumcision have a relationship with ejaculation time?’ examined the effect of circumcision on ejaculation.

“Our goal is to investigate whether there is an effect of circumcision on ejaculation parameters and to research the relationship between intravaginal ejaculatory latency [delayed] time and premature ejaculation diagnostic tool,”

According to some earlier studies cited by the authors, the reasons for premature ejaculation in circumcised males may be hyperstimulation of the nerves of the glandis corona or thickening/keratinization of the glans penis. This is even as some other researchers obtained contrary results to the aforementioned studies.

Experts say that many factors, including geographic factors, ethnicity, lifestyle, sociocultural phobias, psychiatric (such as depression or anxiety) or other diseases (such as diabetes, prostate diseases and erectile dysfunction), may affect ejaculatory function.

Another important factor, they say, is the age at circumcision. Some researchers state that circumcision at about age seven (⩾7 years) was associated with an increase in the risk of premature ejaculation, compared to circumcision at less than age seven (<7 years). On the other hand, other scientists reported that this difference was not at the level of dysfunction of sexual avoidance.

The authors concluded that circumcision does not adversely affect ejaculatory functions in adults.

“Currently, sufficient data to clarify the relationship between premature ejaculation and adult circumcision are lacking,” they say.

Among others, the authors noted that “circumcision during adulthood does not adversely affect ejaculatory function.”

The study states that the diagnosis of premature ejaculation is very difficult due to the several overlapping definitions of the phenomenon.

“The diagnosis of premature ejaculation is self-reported and is based on sexual and medical history, which should be assessed: latency time, perceived control, duration and frequency of the experience, relationship with partners, degree of stimulus, nature and frequency of sexual activity, distress and interpersonal difficulty due to the ejaculatory dysfunction, aggravating or alleviating factors, and relationship with drug use,”

This is even as a 2015 Chinese clinical study published in Hindawi journal and titled, ‘Effects of Adult Male Circumcision on Premature Ejaculation,’ stated that late circumcision was significantly associated with the development of premature ejaculation. Hindawi is one of the world’s open-access journal publishers.

The authors stated that the purpose of the study was to investigate the effects of adult male circumcision on premature ejaculation. Therefore, between December 2009 and March 2014, a total of 575 circumcised men and 623 uncircumcised men (control group) were evaluated.

The researchers said that although male circumcision was considered to have important benefits for male reproductive health, results from previous studies on the relationship between circumcision and sexual function were controversial.

They cited a survey reported by a research team led by one Frisch, which claimed that circumcised Danish men were more likely to report frequent orgasm difficulties and sexual difficulties (including sexual function difficulties).

The men in the study also reported premature ejaculation or erectile difficulties than uncircumcised men.

Another survey conducted by a team of scientists led by Bronselaer showed that circumcision might negatively affect male sexual status.

ALSO READ: Four Nigerian Moms Share Experiences Of Concerns That They Have For Not Circumcising Their Sons Yet