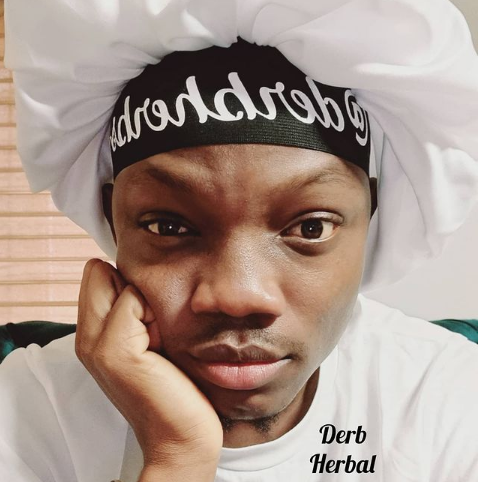 A popular Instagram herbal practitioner known as Dolapo Dalton identified on Twitter as @derbherbs has stated that just because a man is releasing sperm does not mean he has a healthy sperm.

Infertility is one of the most serious social problem most couples are facing. In a country like Nigeria, 99% of the cases of infertility is blamed on the women and sadly, the blamers mostly are fellow women.

Also, some men make women feel like they are the problem whereas they are the major cause. One small twist like illnesses, injuries, health problems, lifestyle choices, or this redraw technique can cause a problem

“We all know that Infertility is one of the most serious social problem rights now and approximately half of all cases of infertility are caused by factors related to the male partner based on my knowledge and research.

This is not just about oligospermia azoospermia and other spermia’s male infertility is due to low sperm production, abnormal sperm function, or blockages that prevent the delivery of sperm. Illnesses, injuries, chronic health problems, lifestyle choices, and other factors can play a role in causing male infertility.

Brothers be making them honeys feel like they are the problem whereas men are the major cause. One small twist like Illnesses, injuries, health problems, lifestyle choices, or this redraw technique can cause a problem.

Just because your manhood seems to be active doesn’t mean it’s healthy. Been unable to conceive most times, is not always the woman’s fault.

Just because your John Thomas da stand doesn’t mean you can impregnate a woman YES.

Just because you are releasing sperm doesn’t mean you have a healthy sperm.

And the part that I don’t understand is that women come to me thinking they are the problem base on the fact that their husband has impregnated someone before.

Then when I now persuade them to let hubby go through some herbal therapy like infection bacteria parasite cleanse and now give the hubby my sperm health therapy Ahliamdulilahi the woman gets pregnant.

But what amused me is How come hospital sperm analysis reads the husband is ok lol ??‍♂️ Every day we are at risk of one thing or the other especially we #men cause one tweak at your lifestyle can cause you damage

Below are some reactions;

The stats might be exaggerated though but I know three Aunty-like figures who didn’t have kids for yearssss that got divorced and married again, they all had kids in their new marriages but the men still don’t have kids so I don’t totally disagree either. Men please take care of your health as you’re hustling. God bless our men.

Bitter truth! But the society has conditioned us all to call on the women to bear fruits, we call them barren but wetin be name of man wey no fit impregnate ? Empty barrel?

Volume! They need to hear this, in a country where every case of infertility is blamed on the women. The “blamers” mostly women themselves.

For those wey be knackademus, una don hear am, no be by knackin and cummin 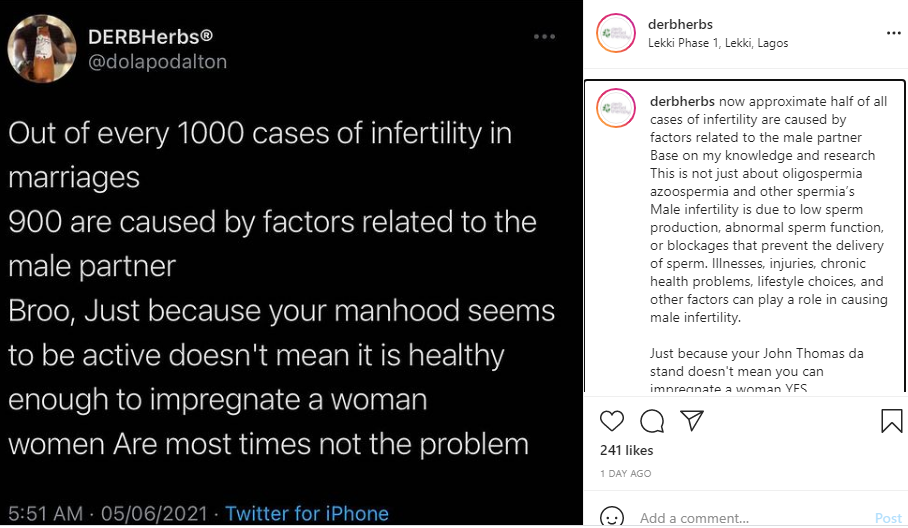