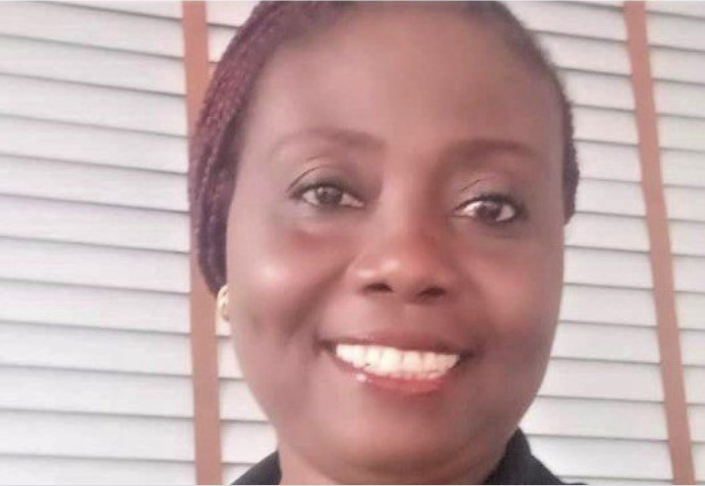 Lupus is a long-term auto-immune disease which causes irritation to the pores and skin, joints and different organs.

It is a situation where your own body’s antibodies are directed against cells in many different locations, leading to inflammation in the tissues and organs. Inflammation caused by lupus can affect different body systems and organs — including the joints, skin, kidneys, blood cells, brain, heart, and lungs.

Having lupus can be quite exhausting, as a result of the huge cost of management and fear of organ damage.

Women living with this incurable disease share their experiences with PUNCH HealthWise.

When 21-year-old Deborah began experiencing severe recurring joint pain in 2018, little did she know that it was a sign of an incurable disease knocking at her door.

No one in her family, including her parents, could figure out what the severe joint pain was all about. Her parents kept treating her for malaria and typhoid.

Since then, life has not been easy for her, as the condition, which comes with seasons of flares and remissions, currently has no cure, according to experts.

According to experts, lupus is a systemic autoimmune disease that occurs when the body’s immune system attacks its tissues and organs. They also described lupus as a disease with 1000 faces because it has an extremely variable course.

“It started in 2018 with mostly joint pain and then swelling in my fingers; then it led to weakness and loss of appetite. I was even limping when it started.

“At first, I went to the school clinic and they said it was typhoid, malaria, low immunity, and all that. They treated malaria. They gave me drugs for about a week. “All those symptoms went away and then resurfaced.

“I also went to a private hospital and the same thing was diagnosed. Not until I got to Alimosho General Hospital, where I was treated and then referred to LASUTH.”

It was at LASUTH that rheumatologists diagnosed Deborah with SLE

The undergraduate, who is currently battling a kidney problem as a result of a flare, said the condition has changed her physical appearance.

“My body has changed, my face is puffy, I have suffered hair loss, and my stomach is bloated. Then, there’s the leg swelling. Emotionally, I have been having depression, anxiety, and worry.

“It has also affected my social life; my academics – I have missed a semester already due to the flare. This is the second semester and I have still not been able to resume. So, it has affected me a whole lot,”

Speaking on the financial impact of the disease, Deborah said,

“It’s like hell for me and my parents. It’s been difficult getting the money for treatment because I am not the only child; we are five in the family. We have to take care of others.

“The prices of drugs are high. At first, where I was getting them from, the cost was double; until someone told me somewhere else to go which was half the initial price. Sometimes, they’re so scarce and difficult to get.”

She said she spends not less than N60, 000 monthly on medication

Deborah used to think she was under a spiritual attack prior to her diagnosis but meeting people who are also living with this incurable disease has helped her to know that she is not alone.

“At first, I thought it was a spiritual thing. We kept going from one church to another seeking solutions but I have accepted it now since I am not the only one. I have seen other cases.”

Also battling with this chronic disease is a 44-year-old mother, Mojisola Oginni. Oginni said she started having hip pains in 2006 for which she was treated at an orthopaedic hospital.

After being tossed about by different doctors and diagnoses, she was finally diagnosed with SLE in 2011.

“I was sick to the extent that I could not talk. I was having serious chest pain that I couldn’t sleep. They treated malaria for like four to five times before malaria could leave my body. I had joint pain, neck pain, and shoulder pain.

“It was at Air Force Hospital that I was diagnosed then referred to LASUTH in 2011 for treatment.”

READ ALSO: Lupus & Intimacy: Experts, Sufferers Explain Why Sex Can Be A Hassle + How To Manage Symptoms

Though SLE is characterised by episodes of flares and remissions, Oginni said she has been lucky because she rarely develops severe flares.

The lady who works in a microfinance bank said,

Despite the chronic disease, Oginni’s resolve remains strong, and according to her,

“Lupus is my friend, I don’t have flares.”

Like Deborah, finances for the medication remain a challenge for the mother of one

“It is money-consuming. You would spend money. The drugs alone are expensive. The work I do is very serious.

In a normal situation, I am not supposed to work in the sun but because I need something to do and I don’t want to be a beggar. I need to buy drugs so I need to do the job,”

Her supportive husband has been her rock since her diagnosis while they were still dating. Together, she and her husband are fighting the disease.

Another SLE patient, Ms. Favour Michael, recounting her symptoms prior to diagnosis more than 25 years ago, said she experienced all the symptoms of lupus. She said:

“I was just going through one thing or the other. Everything that could happen – encephalitis, neurological and dermatological issues – I suffered all of them. There was nothing I didn’t suffer from.”

She described lupus as a disease that deceives people

“This lupus is something that deceives people. You can wake up one morning and see that you are very fine but the next 20 to 30 minutes, you’d just feel somehow and you are wondering ‘but when I woke up this morning I was feeling okay’.

“And then you go to the hospital and it’s something else entirely they are saying.”

“When you are having flares it presents itself in different ways. It could be your kidney or the heart. So, if you are having a kidney problem at that time – which on several occasions I have had – the money you will spend for that period will not be the same when you are out of it.

“Lupus is a disease that you’d tell yourself that ‘I am going to have hope no matter what.

“It is what I call hope in adversity. Most people see it as a death sentence but I see that there’s hope no matter the adversity.”

“Lupus mimics other diseases such as infection and cancers, and therefore, this may lead to late diagnosis and misdiagnosis.

ALSO SEE: Reality Star, Kim Kardashian West Tested Positive For Lupus: What You Need To Know About The Autoimmune Disease

Olaosebikan, who is also a lecturer at the Lagos State University College of Medicine, further said the symptoms of lupus are “recurrent malaria-typhoid illness. Our patients often present with progressive fatigue, joint pain, painful joint swelling and low blood level.”

Other symptoms he listed are recurrent hair loss, sores in the mouth and throat, as well as rashes in the face. He further said:

“Symptoms of kidney, brain, lungs and heart involvement are common in those that present late to the hospital.”

A professor of Medicine and Consultant Rheumatologist at LASUTH, Prof. Femi Adelowo said lupus is a condition many doctors may not be familiar with, but which is managed by specialists called rheumatologists.

While the cause of lupus remains a mystery, it has some predisposing factors

“We honestly do not know for certain (the cause) but there are various hypotheses/theories. It may be a mix of predisposition (genetic); environmental such as sunlight, infections, drugs; or abnormal immune system. But then, certain suggestions have been made.”

The don said the risk factors for the autoimmune disease include race (Black or Hispanic), family history, female gender, use of contraceptives, excessive sunlight, and certain cosmetics.

“While it can affect all age groups including children, it mostly picks on women of child-bearing age, with an average of 34 years.

In a yet-to-be-reported study, the number of SLE patients documented in various rheumatology clinics in Nigeria was close to 1000 patients in the years 2018, 2019, and 2020,”

Otrofanowei said that precautionary measures, such as sun avoidance, using sunscreen, and wearing sun-protective clothing would assist in preventing aggravated symptoms of the disease.

While there is no cure yet for lupus, Adelowo said that “research is going on currently to find a cure.

“By cure, we mean a magic bullet drug that you can take, and that is it. No more doctor’s visits or drugs.

“However, it can be well managed if diagnosis and presentation are made early and if the affected person takes her/his drugs and attends the clinic regularly.

“Also, those affected should avoid alternate medicines. They should rest especially when the sun is out. They should also exercise and eat a balanced diet.”

Foundations, such as Meblevi Lupus Foundation owned by Safinat Emengo, are providing a sense of community and rendering support to lupus patients

“The foundation is very important to people living with lupus because it gives warriors a sense of calm and belonging, knowing that someone else can relate to their pain and are willing to help as well,”

“Some people with lupus don’t even want to talk about it because they feel no one truly understands.

“But with a foundation like ours, you get to meet different people who are dealing with lupus. We have support groups where you can speak to like-minded people when you feel down. Also, you can learn how to manage lupus by knowing all the dos and don’ts.”

Emengo, who has lived with lupus for more than 20 years, further said the foundation has helped some lupus patients with free and subsidised medications, access to professionals who can manage lupus, as well as creating awareness about the disease.