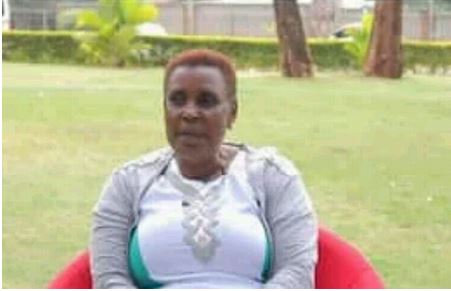 ‘Even If A Woman Slaps You, Don’t Slap Her Back’ -Reno Omokri’s Nugget Will Proof Useful For All Men

Robby Mukonjere has narrated how she served five years in prison for brutally beating up her husband’s side-chic after finding the two together.

The Kenyan woman, in an interview with Tuko narrated that her husband kept lying about taking work trips, and sometimes he would stay in another woman’s house for days.

Before she met her husband, Robby had a budding career in the hospitality industry despite stopping her education at the primary school level and dropping out due to lack of fees to proceed to high school.

She started out working in a hotel, and slowly due to her service and hospitality. Her then-boss opted to take her back to school and gave her promotions that saw her get to the level of a hotel manager, where she ended up meeting her husband.

She bought her own piece of land and furnished her house. As soon as she met her husband, Robby sold the land and carried all her property documents and moved in with him without telling her family members. She also took in her husband’s two sons. They were also blessed with a child.

However, trouble started when the husband started lying that he is going on work trips and instead would spend days away from home within their area in some woman’s house. She said:

“One day, I found a hotel receipt in his trouser while doing laundry, and he lied and told me he and his colleagues went to sleep at the hotel. But one day, someone came and told me that he and my husband and his other woman were drinking together, so I decided to go to that place.”

When her husband saw her, he ran away using the back door and left his shoes. But due to her anger, she started beating up her husband’s lover and hurt her so badly that she had to be admitted to Kenyatta Hospital.

The matter was reported to authorities who went to her house to arrest her, but because her kid was very sick, they left a message that she should go to the station immediately.

When she got to the station, she was told that she hurt another woman and that the case was to be handled in Nairobi and because he was living in Western, she had to travel to Nairobi every two weeks for the hearing.

“The lady was badly hurt. I knew I was going to get a life sentence because she was even coming to court in a wheelchair, and her family kept telling me that I will know who they are for messing with their child,”

Robby was handed a five-year jail term and taken to Langata Women’s Prison. Back home, one of her son’s was told by her cousins that her mom passed on.

But her daughter, who was in Uganda, came home and found the younger brother struggling, so she packed and went to the mom’s uncle.

When she was in prison, Robby said her husband never visited her, neither her children. While in prison, she found out she was HIV positive and that depressed her. But, she got help from the prison warden.

Coming out of prison, Robby advised women to walk away if they can’t work things out in their marriage rather than allow anger takes the better part of them. In her words:

“You would rather leave the marriage if you two cannot make things work.”