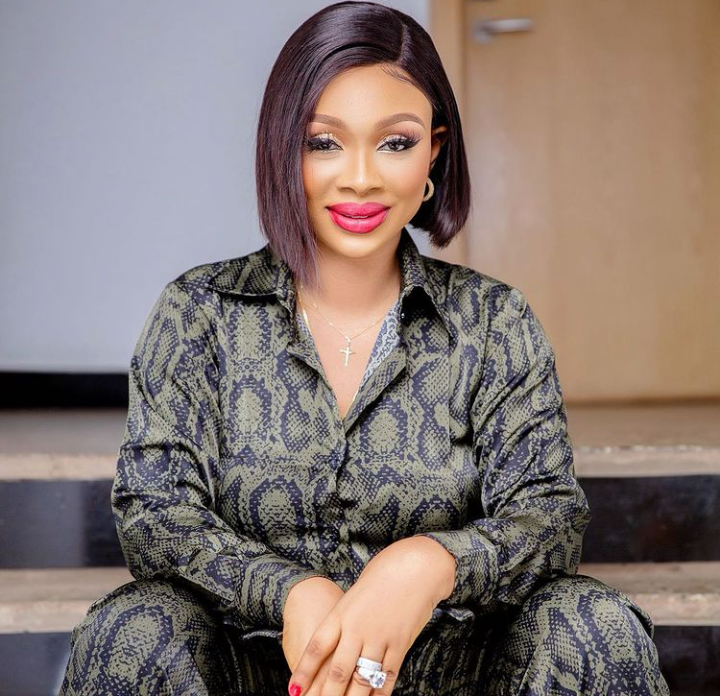 Benita Onyiuke Ugochukwu, a married mother seems to be enjoying the best of two worlds; a career in Nollywood and marriage.

Most Nigerian women who take up the make-believe job have hardly been lucky in romantic relationships and in marriage. Many have been at the wrong end of it just as many have never been able to tie the nuptials just because of the kind of work they do.

“I’m blessed I have a husband who supports me all the way. Acting is the one thing I love to do so much and I thank God it hasn’t conflicted with my marriage.

I have been acting since I was a kid, from nursery school dramas to date. I grew up having so much passion for playing roles, So, I have never had another choice aside from knowing all my life that I was meant to be an actress.”

The Anambra State indigene from Enugwu Ukwu, who said she loves playing a loving character also advises women in abusive marriages or relationships to run for their dear lives.

“Run for your life. Violent relationships end life or may leave you disfigured. I think every marriage has its challenges. But being rooted in God and being with someone who understands and makes you happy is the real deal,”

In an earlier interview with Vanguard, Benita agrees there is no such thing as a perfect marriage even though she wouldn’t trade her marriage for anything in the world. She said,

No marriage is perfect. Every marriage has its own challenges but being rooted in God and being with someone who understands and makes you happy is the real deal. What obtains in a marriage is different from person to person. What may be good for someone may be bad for another.

In the case of a cheating spouse, my take is that everyone knows what their deal breaker is. You can’t tell an adult how to live their lives. So if cheating is a deal-breaker for you, good! Do what you know is best for your emotional and mental health.

Love, sex, and money all have their places in a marriage. Each of them plays an entirely different role in a marriage. I’m blessed I have a husband who supports me all the way.”