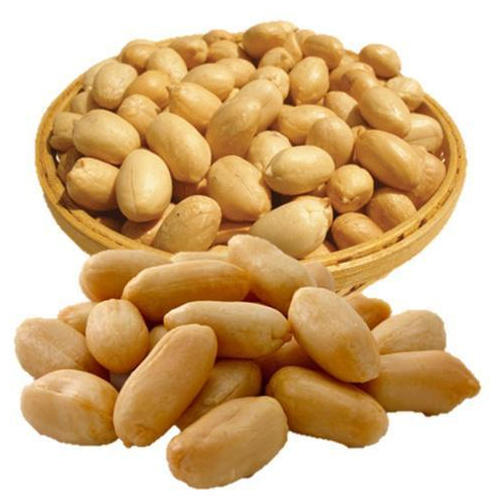 Child health experts have cautioned parents against giving their under-five children whole nuts such as groundnut, warning that children could choke to death in the process of swallowing the nuts.

The household practice of giving whole nuts to children, according to the specialists, should be discouraged among mothers, noting that it is very risky because children have small airways.

The experts further explained that because children play while eating, the whole nut can go into the narrow airway, adding that the children could suddenly choke on the nut or even end up with a health problem that might require a surgical intervention.

Speaking in a chat with PUNCH HealthWise, one of the experts who is a Child Health Coordinator, Lagos State Ministry of Health, Dr. Mazeedat Erinosho, said giving under-five children whole nuts is one household practice that they have found to be harmful to the children.

The paediatrician said mothers should rather ground the nut, put it in their pap, and cook it very well before giving it to the children.

Citing its health implications, Erinosho said that under-five children have no business with their mothers giving them whole nuts to ingest. She explained,

“There are a lot of practices that mothers indulge in that are harmful to the health of babies.

“One of them is giving whole nuts, such as groundnuts to under-five children. After giving it to them, they expect the child to ingest it with saliva.

“This is a bad practice. If mothers want to give nuts to their children, it is better grounded, mixed in their pap, and cooked very well.

“Children have a narrow airway and as they are eating, they are playing, so giving whole nuts to them is risky.

“This is because if the whole nut gets to the airway which is the trachea, the child chokes and the next thing is that fast breathing will set in and by the time they bring the child to the hospital, it could be too late.”

SEE ALSO: Researchers Warn Of The Dangers Of Use Of Antibiotics Among Kids Under Two | A Must Read

“I have had an experience in my practice where a child died because the child was given a whole nut. The child was a three-year-old.

“Again, we discourage mothers from putting beads on their children’s hair. We have also found that to be very harmful.

“During the phase of complementary feeding, we also enjoin mothers to ensure that they maintain good personal hygiene and ensure good sanitation in the house.

“When a child begins to crawl, that is when the mother needs to be very careful and take away anything that could harm the child.”

The paediatrician noted that there have been a lot of home accidents involving children, with some accidentally ingesting poison.

“We see children who are brought to the health facilities that have ingested bleach and when you ask mothers how it happened you will be told that the bleach was in a bottle in a corner of the house and the child went and carried it.

“So by the time babies get to six months and above and start crawling, we enjoin mothers to ensure that any object that could pose a risk to them be taken away.

“At this point, the mother needs to be more alert about dangerous things around the home to reduce home accidents in children.”

Another child specialist, Dr. Chinedu Okoro, said there is a need for sensitisation of mothers on household practices that are harmful to children.

National Health Service in Britain, a comprehensive public-health service under government administration, also stated that whole nuts and peanuts should not be given to under-five children, warning that they can choke on them.

ALSO SEE: Do You Know That Bipolar Disorder Is Common Among Children? Here’s How To Recognize The Signs & Symptoms + Treatment

“You can give your baby nuts and peanuts from around six months old, as long as they’re crushed, ground, or a smooth nut or peanut butter.

“If there’s a history of food allergies or other allergies in your family, talk to your general health practitioner or health visitor before introducing nuts and peanuts,”