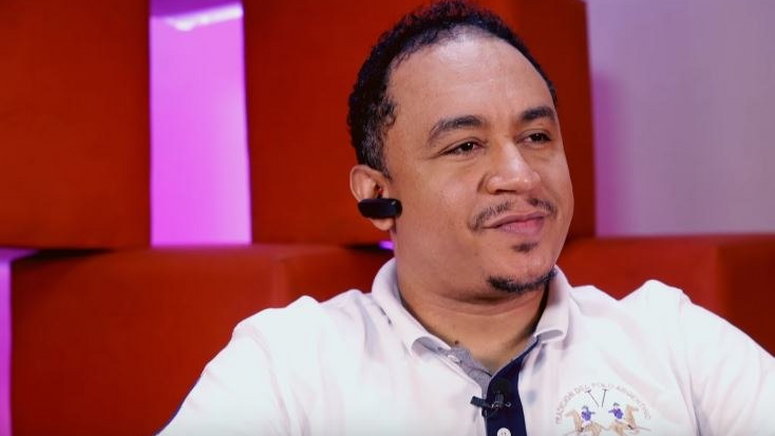 Nigerian media personality, Daddy Freeze has expressed his candid opinion on an issue that’s usually faced by some families who aren’t necessarily wealthy in their nuclear unit.

The Cool FM presenter took to his Instagram page moments ago to share a tweet of a tweep who narrated how his uncle chose to not marry a lady who had so many siblings and without a father and their income level wasn’t so great… so he decided not to marry because of the obligations that could follow.

“My uncle refused to marry a lady because she has a lot of siblings with no dad and their income level wasn’t that great. Sometimes love is not enough. He was just scared of savoring too many responsibilities and I agree with his decision.”

READ ALSO: Rapper Wale Stirs A Conversation About Nigerian Parents That You Probably Can Relate With

Daddy Freeze, in reaction to the tweet said it’s witchery for non-wealthy parents to impose the responsibility of their young children’s upkeep on their older children.

According to the dad-of-three:

“It’s WITCHERY for Parents who aren’t wealthy to have many children and then thrust the obligation of raising the younger ones upon their older children.

And for the uncle…….Love is blind, bills aren’t!”

READ ALSO: ”The days of having children so they can take care of you in your old age are over” -Pastor Femi Emmanuel Gets Candid With Parents 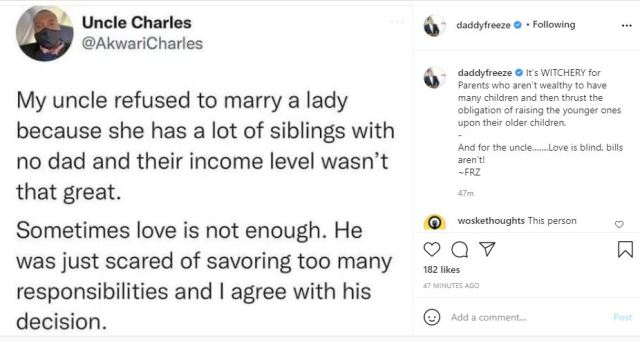