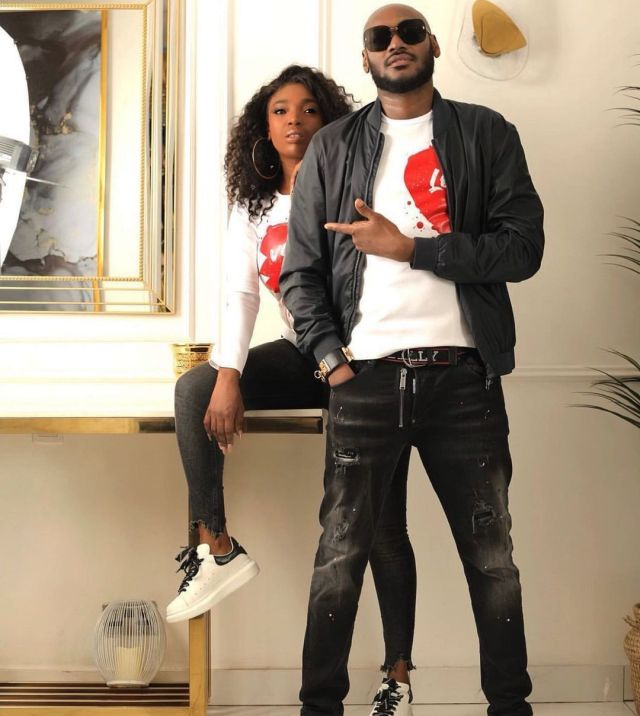 ‘Your Juju Is Finally Catching Up With You’ -Tuface Idibia’s Brother, Charles And Wife Hit Back At Annie In Explosive Instagram Post

There seem to be trouble in paradise for one of our favourite Nigerian celebrity couples, Innocent Idibia popularly known as Tuface and his wife, Annie Idibia.

The hint of possible trouble was noted after Annie took to her Instastory last night to call out her husband, his family and his children’s mothers, as she accused him of sharing the same house with his former lover and baby mama, Pero Adeniyi, during vacation.

The actress and mum-of-2 wrote to Tuface in the now deleted post, “Your baby mamas constantly use your children as an excuse for all sort of rubbish.”

She added that she has been patient and she has made so many sacrifices for Tuface and his kids, but she’s no fool. Annie went on to say that Tuface’s family never liked her from the get go, no matter how hard she tried.

She then called Tuface out for sleeping under the same roof with his children’s mother, Pero, when he’s visiting the kids they share.

She also called out Tuface’s brother, Hyacinth Idibia, for housing the singer, his kids and Pero under the same roof.

SEE ALSO: 2Face Idibia On Why He Picked Wife, Annie Idibia Amongst Other Women

The actress concluded by naming Tuface’s manager, Efe, Frankie and the singer’s relatives telling them that their action is “unacceptable”.

“I am a patient woman !! I am not a fool innocent Your family never loved from the beginning! No matter how hard I tried I was never worthy to them!!! I have made so many sacrifices for you and all your children. God knows I have tired.

Your baby mamas constantly use your children as an excuse for all sort of rubbish! I try to stay gracious!! You are not the first man on the planet to have kids by different women !!! You can do better ! Everything I do is to show the good human that u r!!! But today ! This move done by you, Efe , Frankie n your family is unacceptable!!

@official2baba !! What kind of man takes his kids to Disney n spend nights in the same apartment with his kids n their mother! ? How many times have u gone to see ur kids with pero ! N she stay with u n the kids under the same roof for nights ! Or is it when your brother @hi.idibia house u, your kids n pero under the roof ?? ! I can go on n on !”

Proud Dad, Timi Dakolo On Why He Informed His Kids About Their Mom’s Rape Ordeal

ALSO SEE: 2Face Sheds Tears Of Joy As His Wife, Annie And Baby-Mama, Pero Made Peace After Many Years Of Animosity | Video 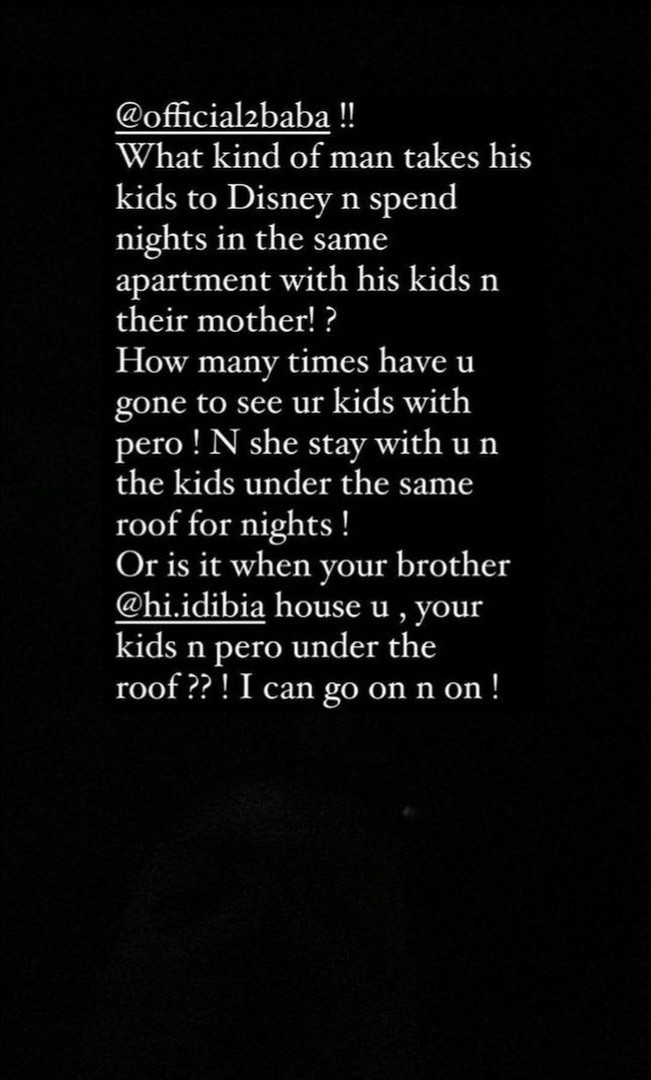 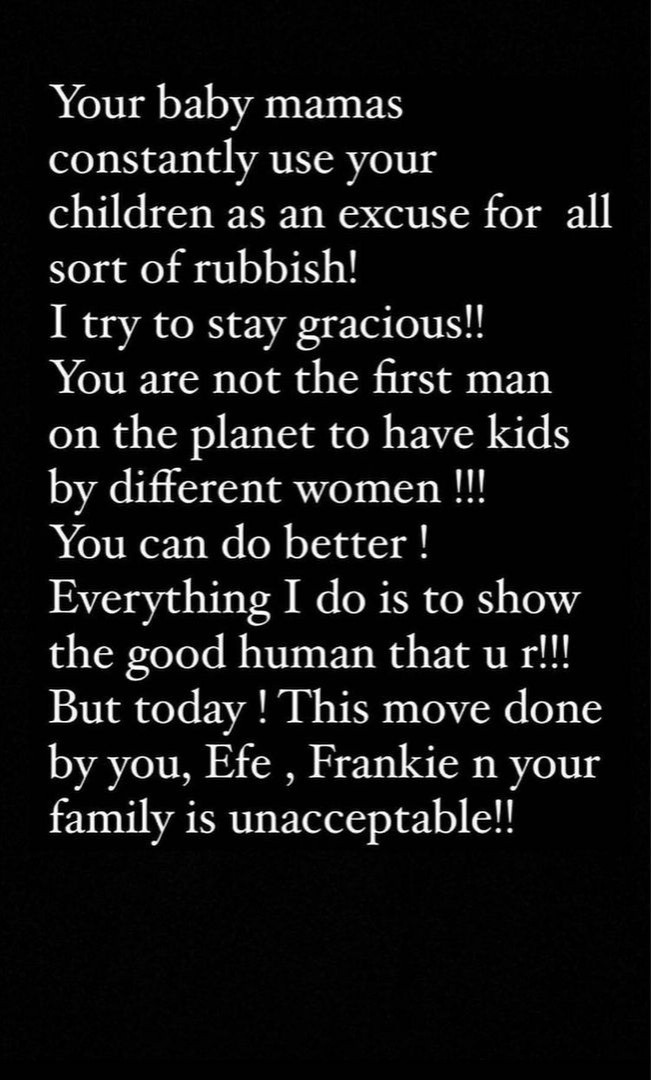