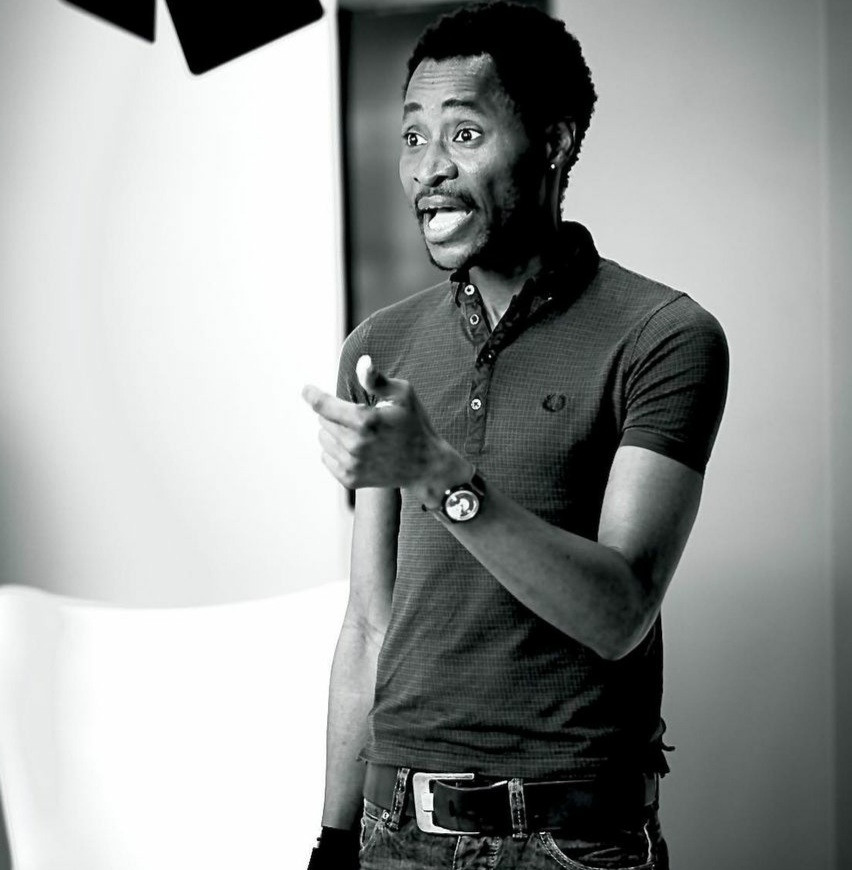 Why Actress And Mum, Esther Audu Is Advising Women Against Becoming Full-time Housewives

Human rights activist, Bisi Alimi has come out to defend actress, Annie Idibia, after she was dragged for calling her husband, 2face Idibia, out on social media over their marital crisis.

The Idibias are currently trending online after Annie took to her Instastory to call out her husband for  sharing the same room with his ex and baby mama, Pero Adeniyi.

Annie also accused his husband’s family of not liking her from the beginning, which 2face’s brother, Charles and his wife, Rosemary have reacted to. The couple fired back at Annie and accused her of using juju, adding that 2face is dying slowly (Read Here).

While the family feud is ongoing, Nigerians also took to social media to share their thoughts about the conflict, however, many blamed Annie for bringing her family matter on social media instead of settling it amicably.

Two of such are Nollywood actors, Zubby Michael and Junior Pope. Zubby while reacting to Annie’s post, wrote;

”Any woman that calls you out online is a wrong woman no matter what because a GOD fearing woman with home training will understand that this space is just like a market square. NDI ala NDI ala”

“No Marriage Wahala Brought To Social Media Has Ever Gotten Resolved Amicably..Instead it is the beginning of the END….Take your marriage issues to your parents/ marriage counsellors….NEVER ON SOCIAL MEDIA.”

Reacting to the backlash Annie has been receiving, Bisi Alimi took to his Instastory to slam those dragging her because she chose to speak out.

Bisi averred that instead of the man being bashed for not respecting his marriage by hanging out with other women, it is the woman that is being attacked for having an outburst on social media.

Bisi added that Nigerian woman will not win in such cases.

“A woman stayed with her husband, even when he was a community prick. Now she has had enough cos the man allegedly continues to disrespect his marriage, but no, he is not the problem, it is the woman who spoke out.

Women in Nigeria will never wine. Imagine Annie with baby daddies all across Nigeria, I am sure we will not be having the conversation.”

READ ALSO: ‘Living Under My Roof And Coming Here To Insult Me’ -Annie Idibia Hits Back At Tuface’s Brother, Charles Idibia 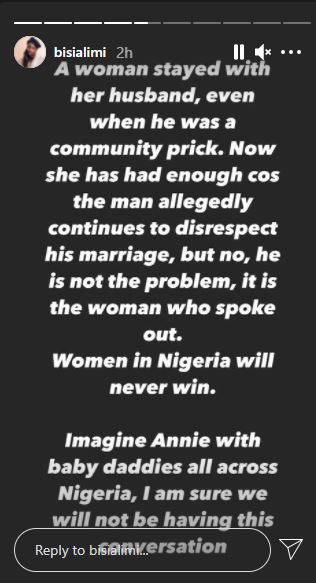