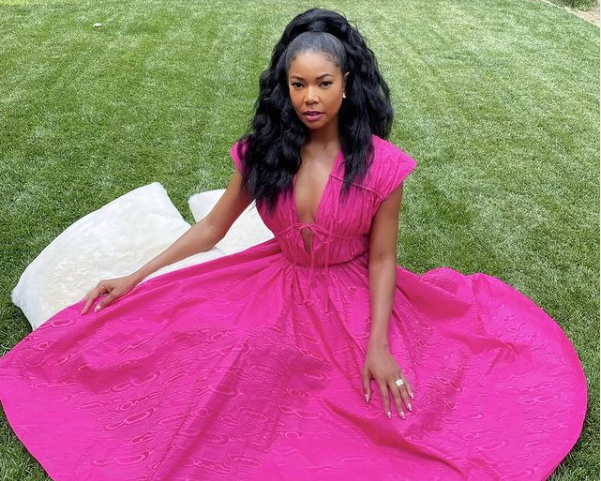 Gabriel Union has shared her surrogacy journey and how it felt not being able to birth her daughter, Kaavia James by herself.

In a candid interview with Trevor Noah, the 48-year-old mom-of-one said she felt the importance of telling her story in her new book You Got Anything Stronger, which made her feel liberated.

On her surrogacy journey, Union said she felt like a loser and failure for not carrying her baby and that her body had failed her. She felt her hubby Wade deserved “something other than” her.

Not having the nine months to bond with her baby in her belly, Union felt that she and her husband had to work hard to create a bond with Kaavia. The actress said:

“It’s like me and Dwayne are in the same boat with Kaav. We both had to work to create a bond… I was so worried that maybe she was not going to love me as much because I didn’t birth her.”

Union was also worried that her husband might not love her fully and completely because she could not give birth to their daughter, saying it is something she’ll never know.

She added it is brutal, heartbreaking, and an awful story that not many people get to share.

The author said many have not opened up on their surrogacy stories, and it made her feel different and a loser that her story was as “messy”.

Writing helped her release her pain, and she also shared many other stories about her journey. Union has in the past shared her journey with miscarriages and trying to get a baby.

READ ALSO:  Gabrielle Union Wade On Why “Having My Daughter Via Surrogacy Felt Like Surrendering To Failure”

Union also recently revealed she was devastated when she found out that her now-husband impregnated another woman when the two broke up in 2013.

Union wrote an essay for TIMES, where she narrated her raw feelings about how the situation made her feel.

“It should go without saying that we were not in a good place at the time that child was conceived. But we were doing much better when he finally told me about the pregnancy. To say I was devastated is to pick a word on a low shelf for convenience,”

The L.A’s Finest actress further stated that there are people she knows and strangers she will never meet who were upset that she never talked about her feelings on finding out about Dwayne’s child.

The former basketball star welcomed son Xavier Zechariah Wade, now 7, with another woman in 2013 when he and Gabrielle Union had split.