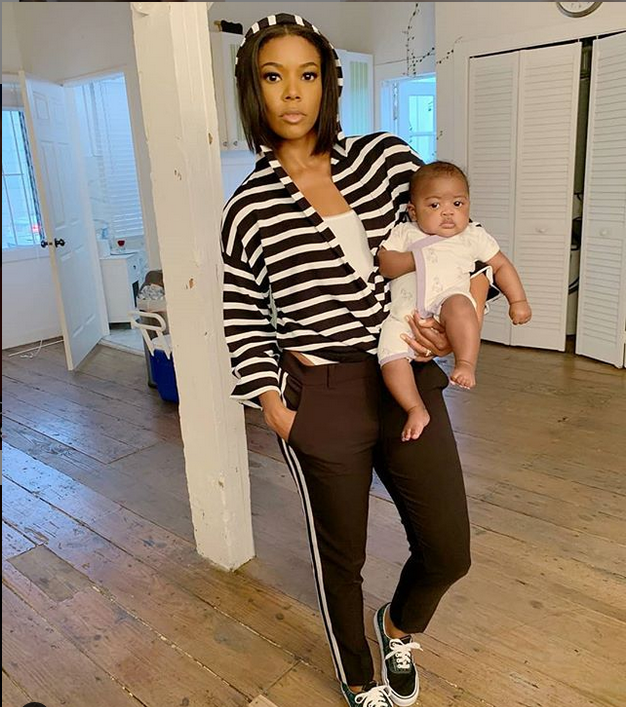 American actress, activist, and author, Gabrielle Union Wade, 46, says opting for surrogacy was not easy. She posited that it felt like she was ‘surrendering to failure’ by having another woman carry her child with Dwyane Wade.

The “Being Mary Jane” actress who has been vocal about her fertility struggles over the years claiming to have suffered nine miscarriages, revealed that she learned she suffers from adenomyosis; a condition that impacts fertility.

Her rough journey to motherhood, however, culminated in November with the surprise announcement of their miracle baby, Kaavia James Union Wade who was born via surrogate. Still, Gabrielle Union questioned if she would be ’embraced as a mom.’

In a new cover story for the Women’s Health March 2019 issue, the mom-of-1 said:

“There’s nothing more that I wanted than to cook my own baby. The idea of (using a surrogate) felt like surrendering to failure. People want to see the bump, hear that you got hemorrhoids – they want to know you’re like them. I was like, ‘This is going to seem like the most Hollywood (expletive) ever.’ … It’s terrifying.”

Going further, the actress postulated that the feelings of doubt melted away when her daughter arrived.

It’s A Moment Of Bliss For Actress, Rosy Meurer And Olakunle Churchill As They Become Proud Parents!

“I’m in the right mindset and mental space, and I’m open to being the best mom I can be.”

She added that contrary to the criteria many people would normally have for their surrogates such as race, religion, or food habits, she opted for a reader.