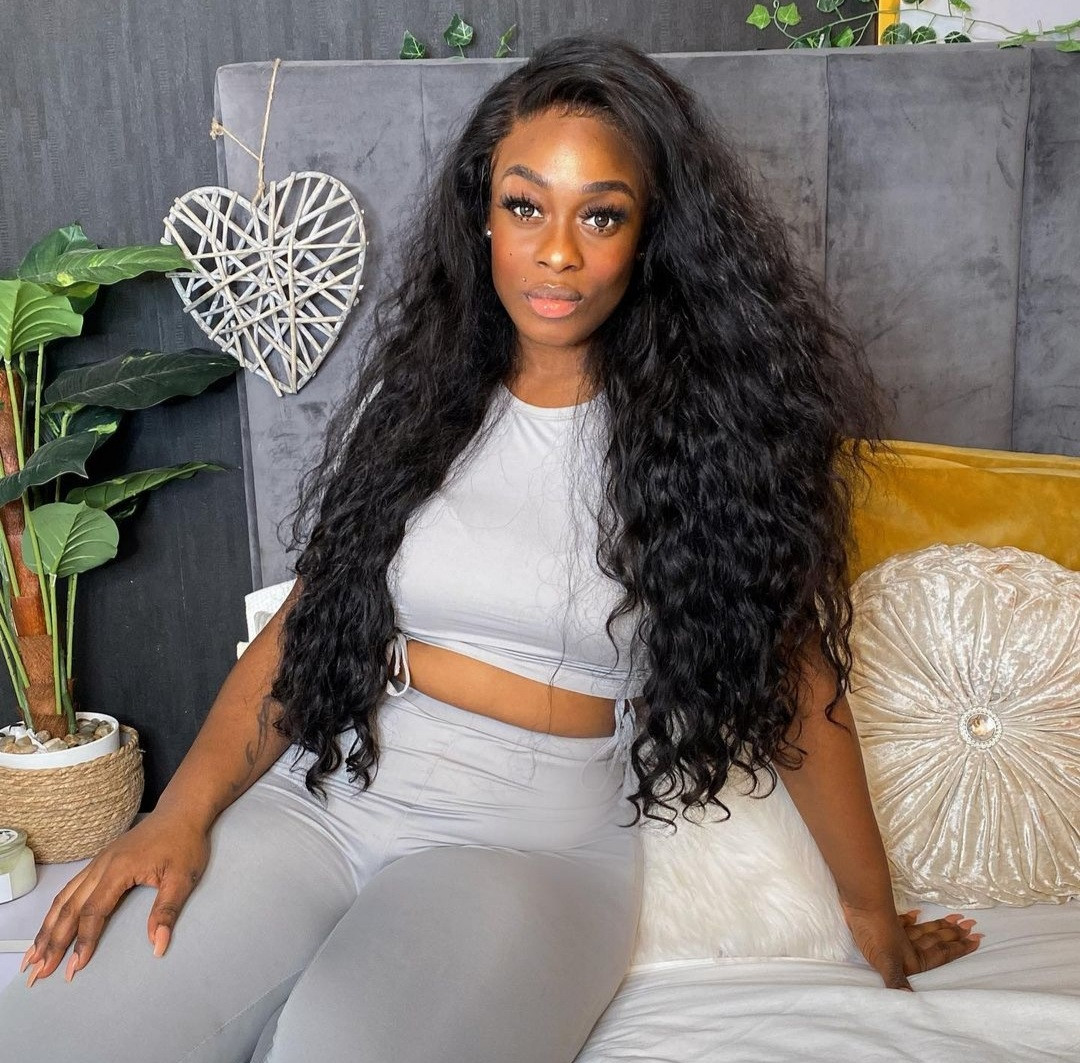 Uriel Oputa has taken to her Instastory to address those pressuring her to find a man and get married.

The reality show star and fitness enthusiast revealed that she has received several comments from trolls telling her to go and get married.

According to the Big Brother Naija star, it is quite sad that in this part of the world, a woman’s achievements means nothing if she is not married.

Uriel stated that she puts out food contents that helps thousands of people, yet it is not enough because she’s not married.

She added that she prays to God for the right man who won’t derail her life as she is very careful who she lets in.

READ ALSO: BBNaija Star, Uriel Oputa’s Reason Why She Had To Lose Weight Despite Loving Her Old Body Is Worth A Read!

“It’s sad no matter what women achieve in life, it’s nothing unless you are married. I post a food video which is helping thousands of people and you still comment go and marry.

What if I don’t want to Marry? Does that make me a witch? I don’t wake up everyday and say holy Ghost fire that husband.

My prayer is “Father Lord bring me the man I need not want.” Bring me a man who will not mess up my positive Aura.

I’m very careful with who I allow into my life. Because they could be the beginning of your downfall. I find hope and solace in faith and a Damn good body.
Abeg.” 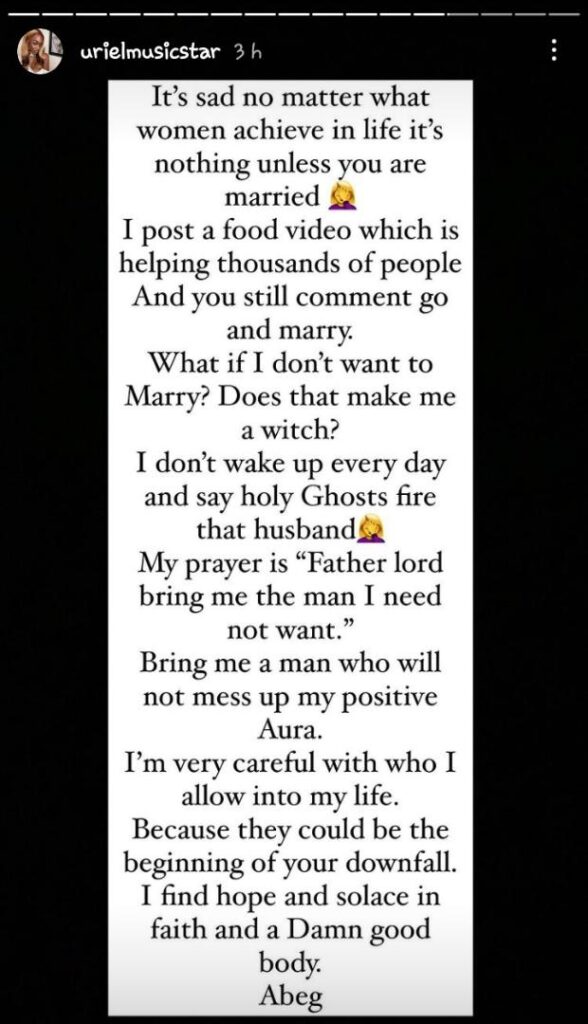