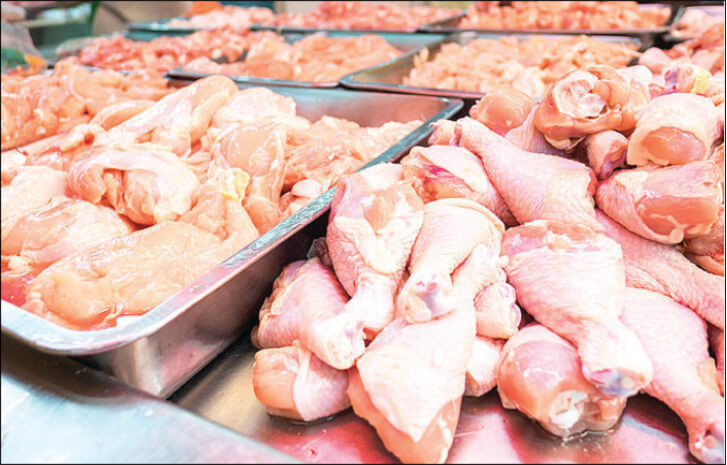 The National Agency for Food and Drug Administration and Control, NAFDAC, has warned Nigerians to shun frozen poultry products and other food items preserved with formalin.

Formalin is a poisonous chemical popularly used to preserve corpses in mortuaries.

Formalin, according to him, is capable of preserving such products for weeks before they get to consumers. In his words:

“NAFDAC is alerting Nigerians about this practice. There are enough poultry products in the country than to resort to frozen chicken smuggled in, in spite of Nigerian government’s ban.”

READ ALSO: NAFDAC Sensitizes The Public About The Dangers Of Storing Food Items In Containers And More…

Dr. Jimoh also called the attention of consumers to the economic import of patronising business people who smuggled poultry products into the country.

He said if such patronage continued, indigenous poultry farmers and marketers would not grow as desired as money spent on smuggled products would only go to originators of the products.

He added that the patronage of imported or smuggled products would also continue to affect Nigeria’s foreign exchange reserves.