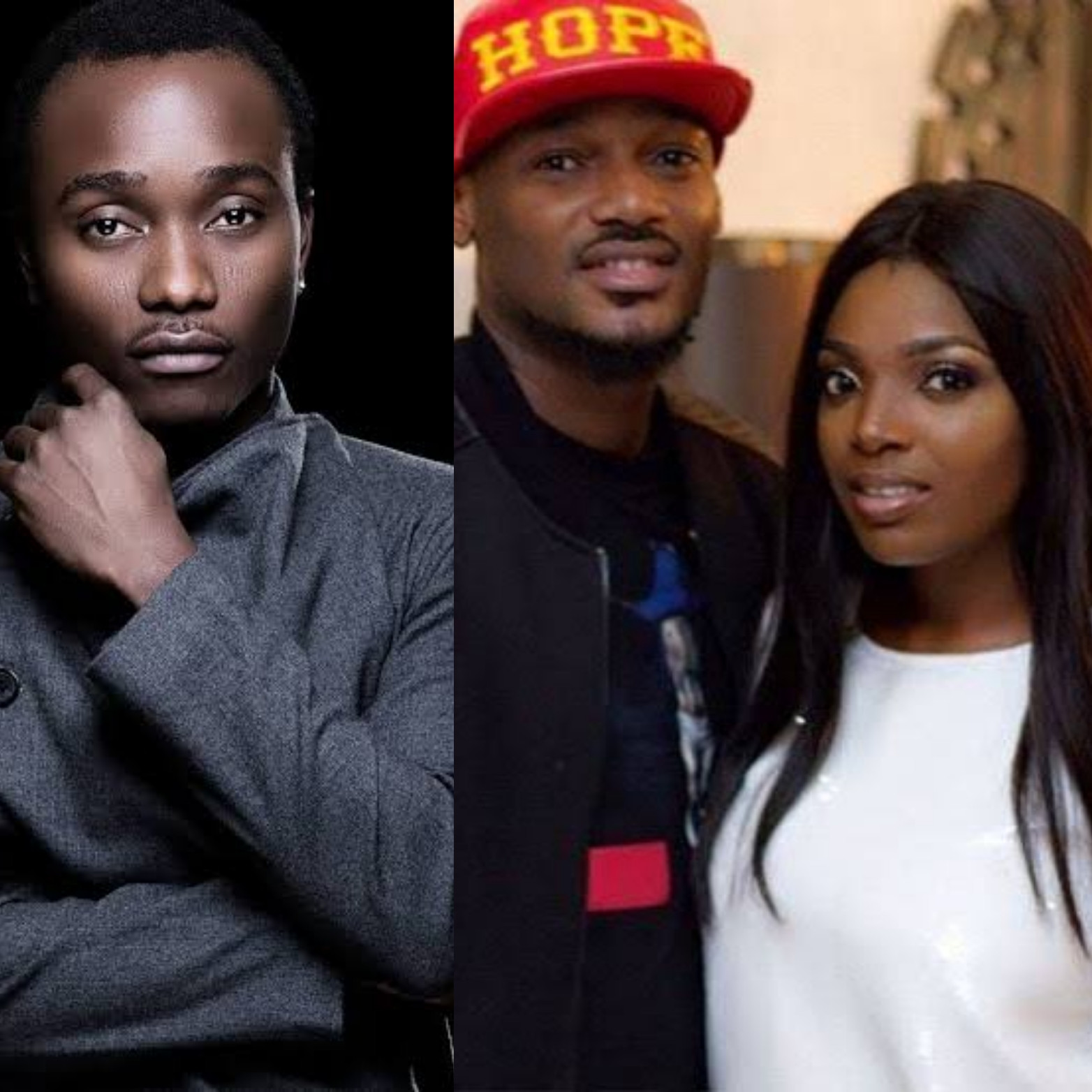 Nigerian singer, Brymo has cried out, saying that his colleague, Tuface Idibia, is alleging that he slept with his actress wife, Annie.

Brymo, who denied the allegation in a Twitter thread explained that they met at a press conference in 2015/16 and the meeting was somewhat awkward.

He then narrated how he met Annie a week prior though his partner was also there with him. The musician claimed when he met Tuface later, the singer accused him of sleeping with his wife.

He also claimed Tuface hinted that his future in the music industry will become nonexistent if he keeps “eyeing his throne”.

He went further to allege that Tuface was behind the physical attack on him by some men, adding that Tuface has been interfering in his life for “months upon months”.

Brymo further revealed that he’s still angry after getting a black eye from the assault.

Read his tweets below…

“In the very recent past, a man falsely accused me of sleeping with his wife and I’ve waited in angst, and the words were never taken back still, efforts were consistently made to prove I did it still and my soul has known no lasting peace ever since.

Weeks later I was lured into being hosted by a friend I had just met and after spending days getting high and philandering, I was asked if I would love to join an organisation, of which I responded ‘well I might want to accept but I do not subscribe to being battered.

Minutes later my host said he was walking down to another guest house, where some guy has messed up and be punished, told me to come but didn’t wait for me. Well, I was the guy it turned out…when I arrived at the gate on the street I was asked to show ID.”

I tried to truly forcefully open the gate stating that I was a guest of the hotel and didn’t need ID…four boys busted through the gates and launched an offense at me. I fought back and got a black eye.”

Brymo said that he later found out that 2Face was the brain behind the attack. He said he confronted him about the incident to which he blatantly denied.

The music star said he is being taunted by 2Face Idibia and appealed to him to desist from communicating with him or anyone close to him.

The dad-of-7 is yet to react to the accusations levelled against him by Brymo. 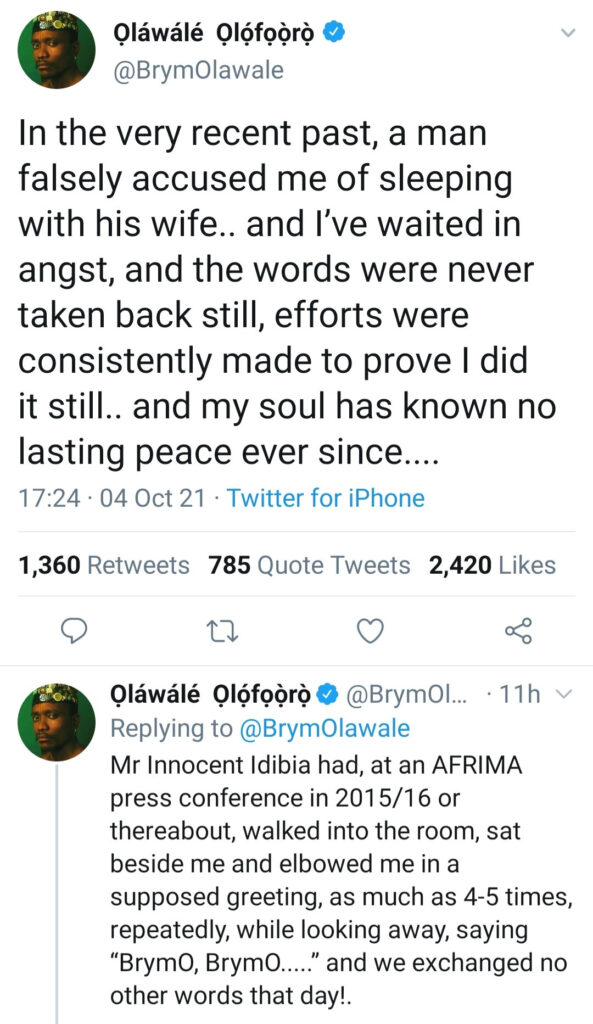 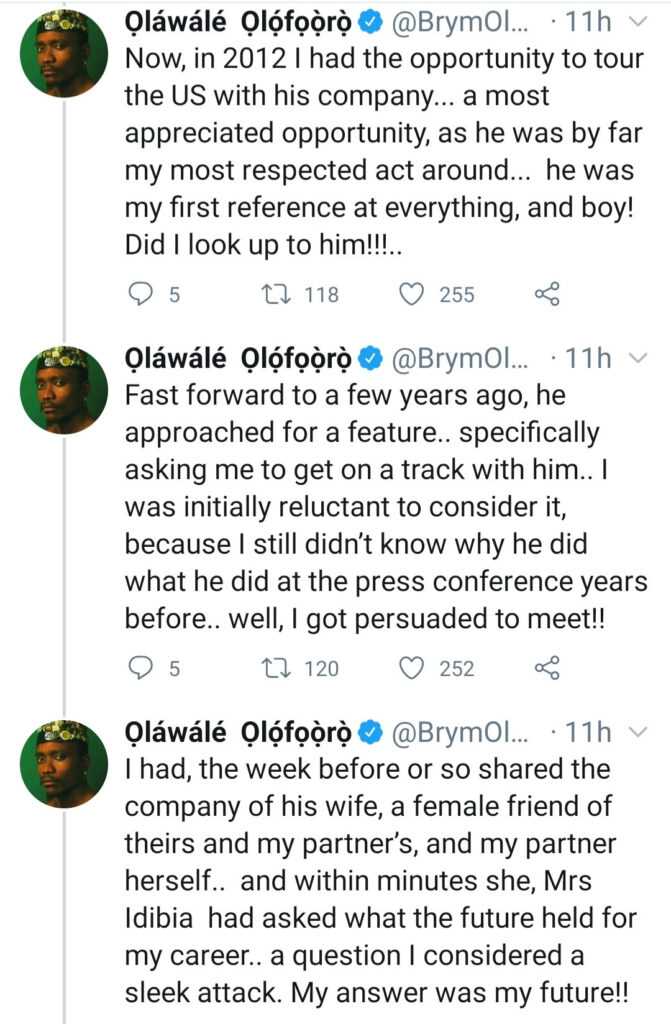 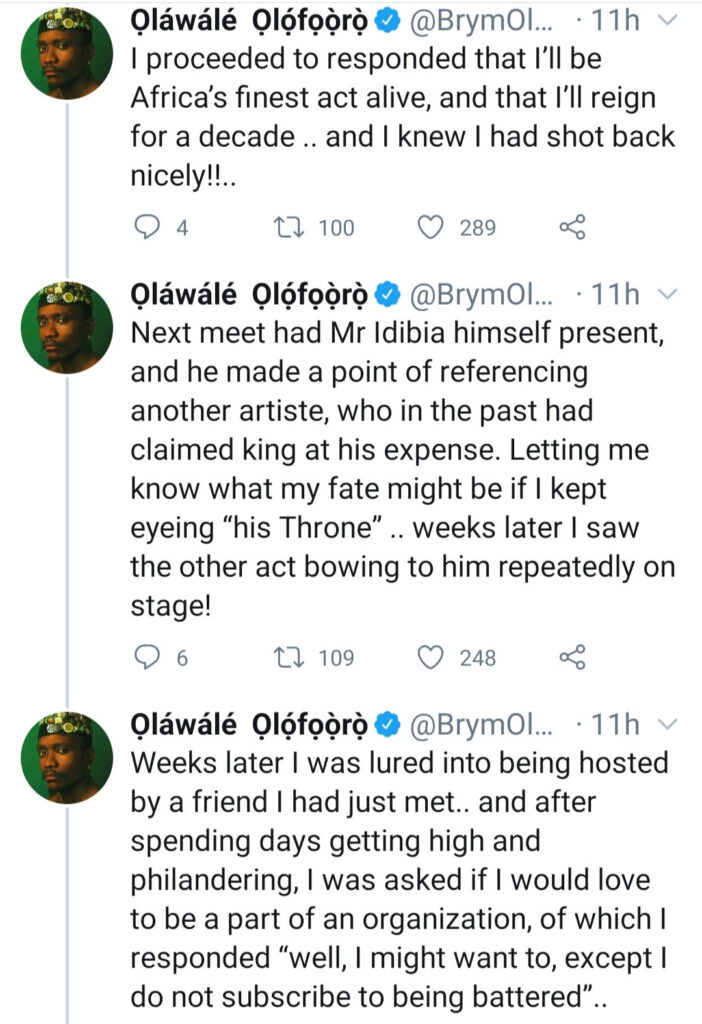 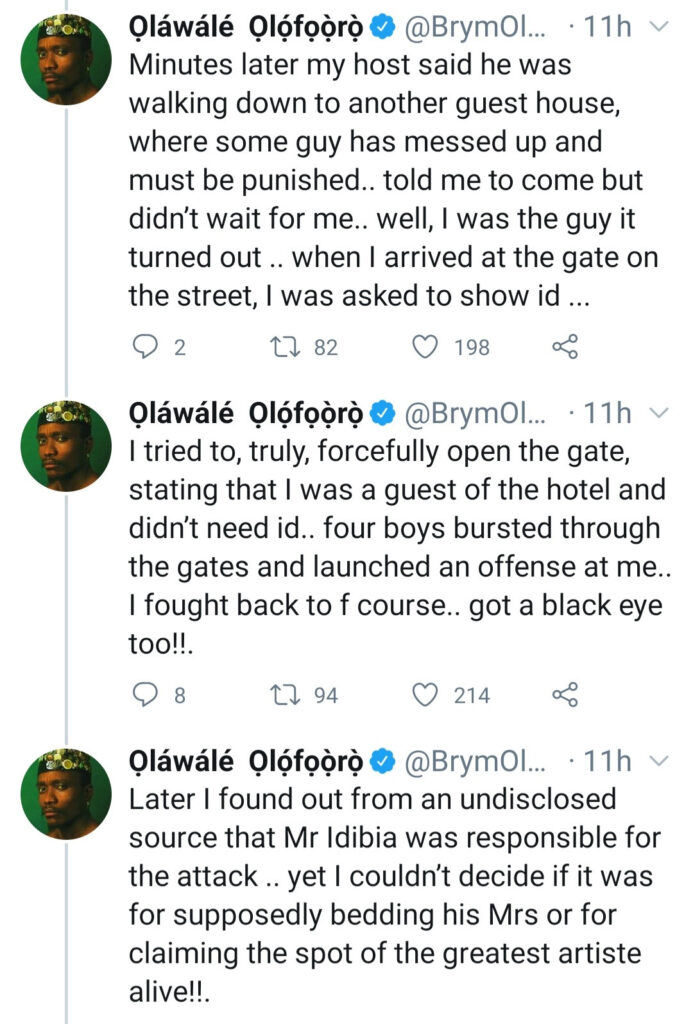 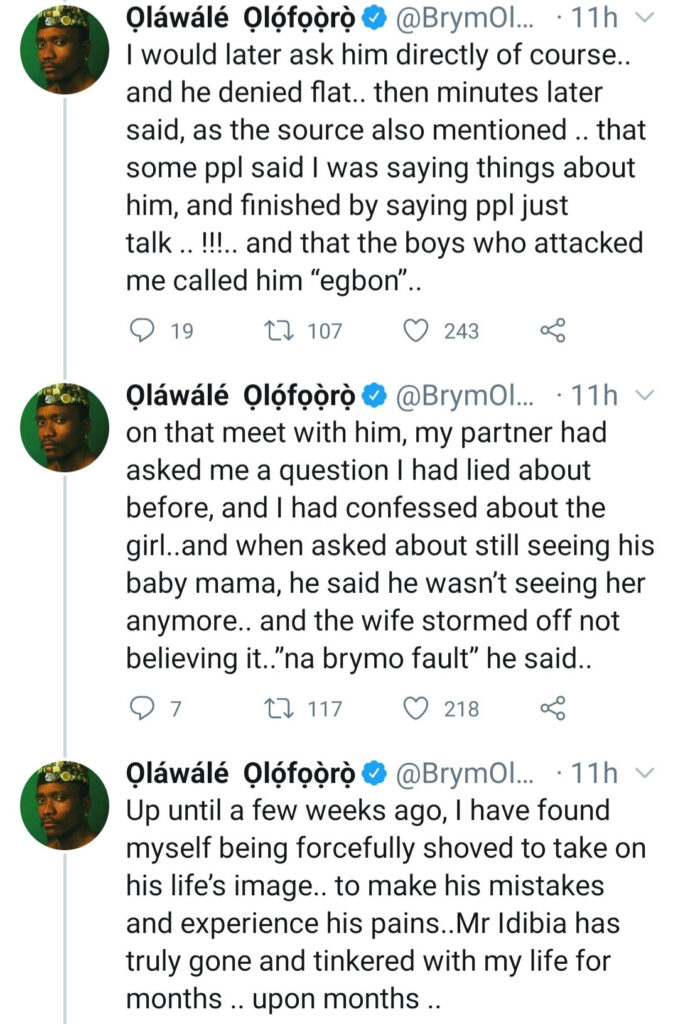 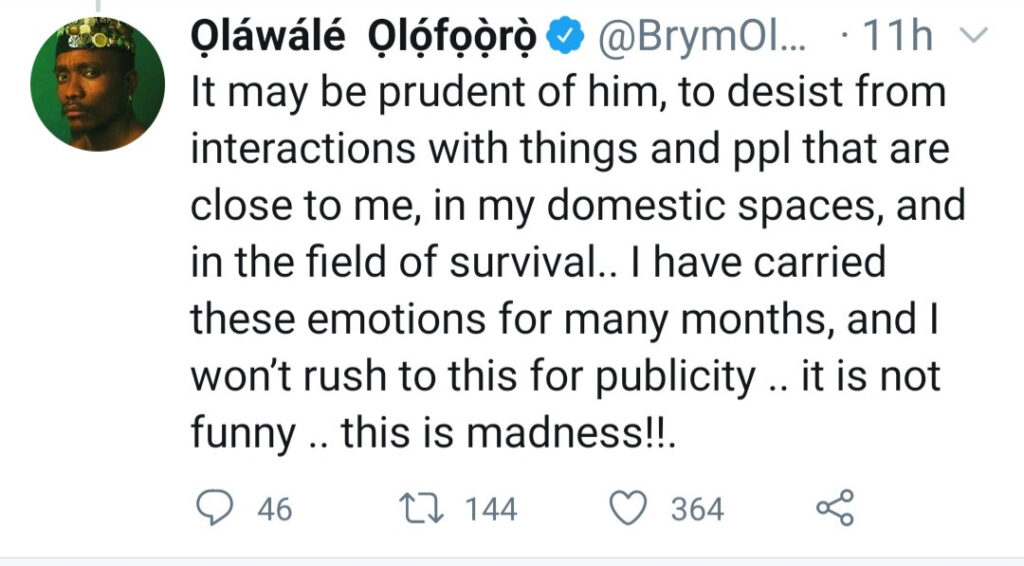