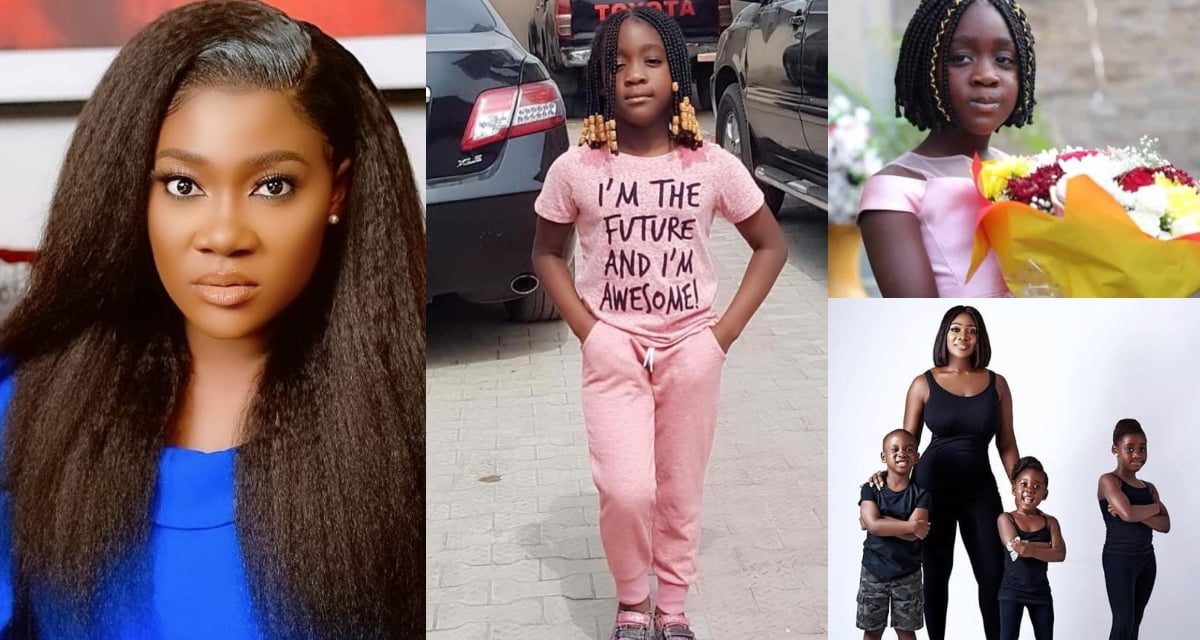 A woman claiming to have witnessed the incident at Mercy Johnson‘s daughter’s school has narrated what allegedly transpired as she accused the actress of not telling the truth.

Mercy had claimed that a certain teacher at her children’s new school bullies her daughter, Purity, who is just 8, because of the hatred she has for her, the mother.

A woman named Nancy Chidera has however, gone on Instagram to claim she witnessed the incident and it didn’t play out how Mercy narrated it.

She alleged that Mercy “instigates” her daughter to “fight and cause havoc in her new school” and that when the teacher cautioned her for it, Mercy came to fight the teacher.

Chidera claimed Mercy’s child was sent out of her former school because of the actress’ “dememtal attitude” and because she didn’t “train” her children well. She said Mercy then brought the “stupid character” to the children’s new school.

Chidera also claimed that Mercy has encouraged her children to fight whoever disciplines them and has trained her child to be “a tyrant”.

She further alleged that Mercy’s daughter twisted a fellow student’s hand and the teacher called both students to reconcile them but Mercy came to school the following day to confront the teacher about it. She alleged that while Mercy confronted the teacher, she never said a word back to Mercy.

She claimed Mercy then called her husband who came to the school with three bodyguards to fight the teacher.

READ ALSO: ‘I Don’t Care If You Don’t Like Me But…’ –Mercy Johnson Blows Hot As She Calls Out Her Daughter’s School Teacher Over Consistent Bullying

Read the claims made by the woman below…

“Mercy Johnson you embarrassed yourself and image today and action will definitely be taken against you. You would keep taking your children from one school to another because you can’t control your nonsense attitude.

Something happened at Chrisland VGC and I want everybody to judge the case. So many times, I’ve heard this narrative – Nigerian celebrities feeling like Demi-gods and superior to other human beings.

How would you as a mother-celebrity go to your daughter’s school and instigate your daughter to fight and cause havoc in her new school.

Your daughter was sent out of Greensprings because of your demental attitude and the fact that you didn’t train your children well and you brought that stupid character to Chrisland VGC.

Why would you go to your daughter’s school and fight a head teacher because she corrected your child.

So her child Purity twisted the hand of a fellow student and the case was reported to the head teacher. The woman called the both students to reconcile and asked them to apologize.

Adekunle Gold Shares His Story Of Surviving Sickle Cell Anaemia To Becoming A Music Star: ‘I Begged God To Take My Life’

The child literally told the head teacher that she would never apologize because she wasn’t taught to do so. After much persuasion, she apologized and the mother dismissed the pupils.

Only for the mother to come to school this afternoon to cause havoc, to insult, humiliate the head teacher. All for what?

After her display, she called her husband who in turn came to the school with 3 hefty bodyguards to beat up the headteacher for supposedly disturbing his wife and child.

So as a man, you brought your soldier dogs to beat up a woman, aren’t you ashamed?”

Reacting to @thenancychidera’s allegations, Mercy who was in Purity’s school to settle the issue went live on Instagram and questioned the staff of the school including the headteacher if she ever brought thugs or fought at the school as claimed.

The teachers however confirmed that @thenancychidera’s claim is false and a fabricated story. 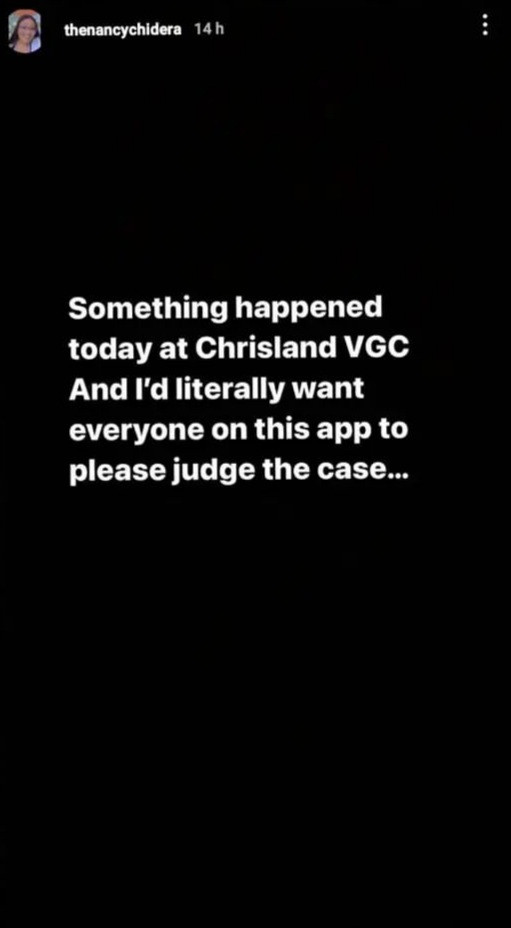 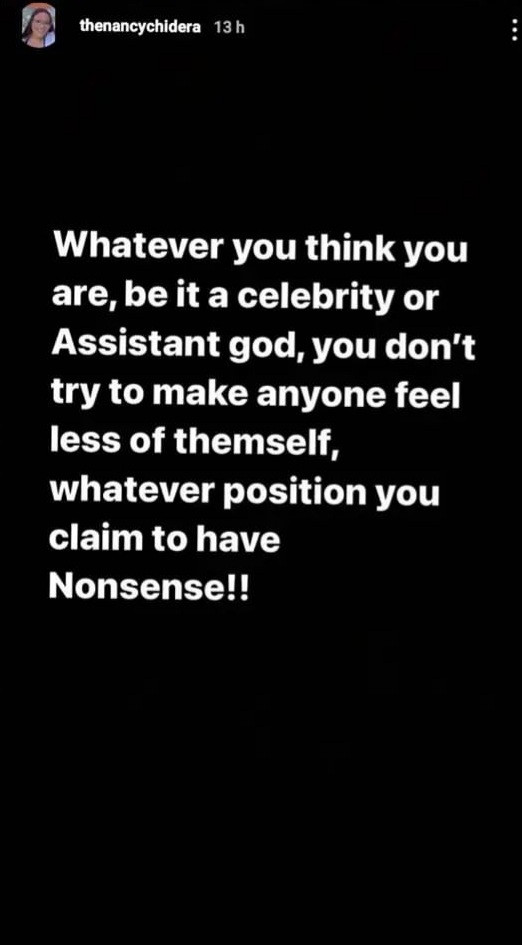 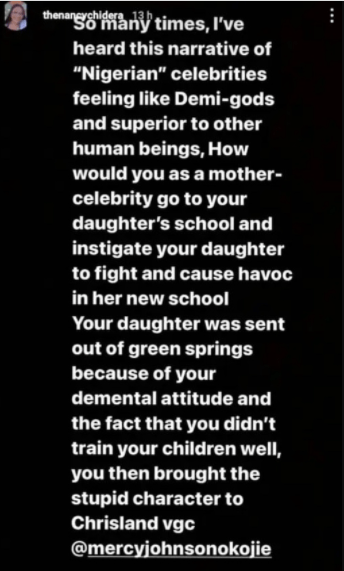 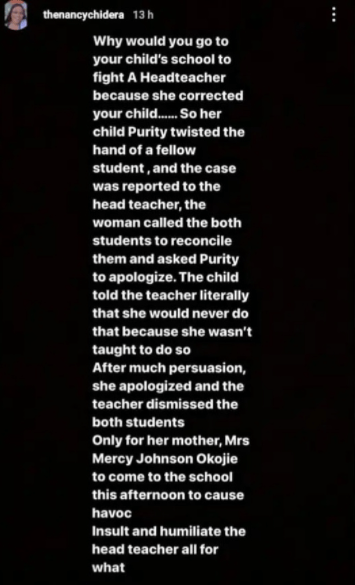 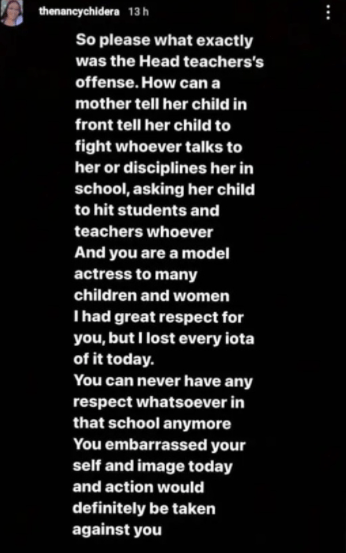 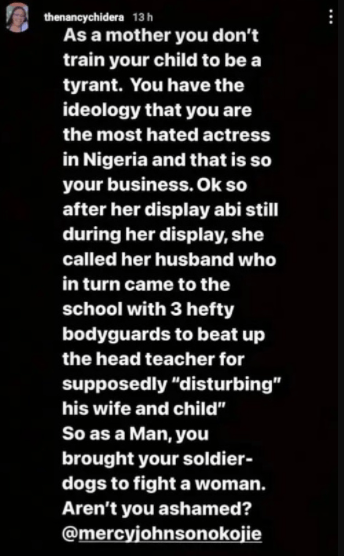 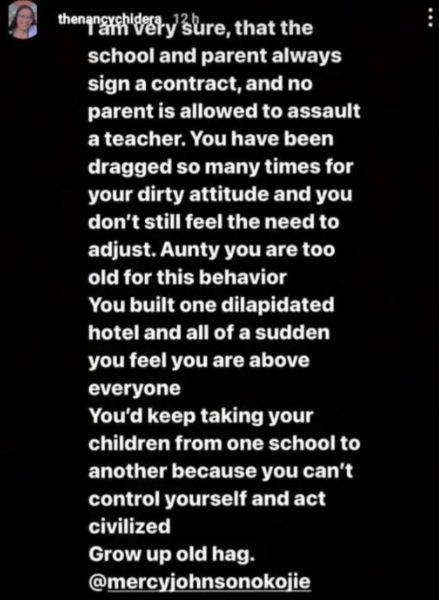 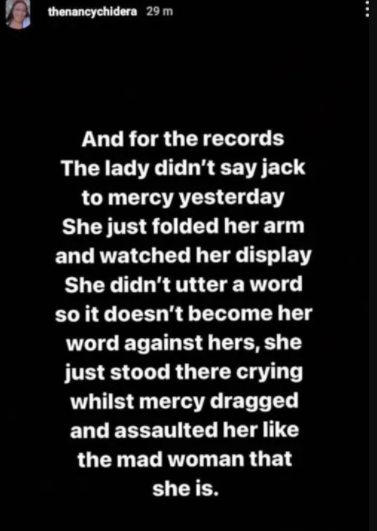 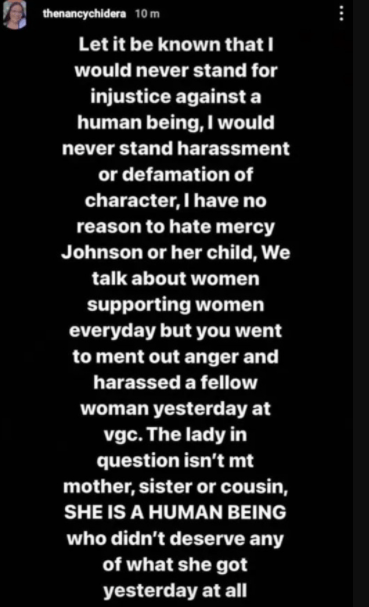