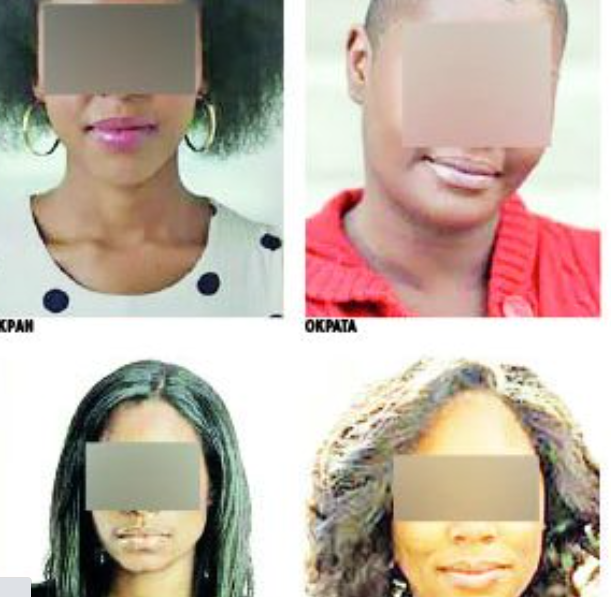 Married For 43 Years And Counting, The Bassey Reveals The Golden Code To A Peaceful Home

Postpartum psychosis is the most severe form of postpartum disorder. It has a sudden severe onset with symptoms starting as early as 48 hours after delivery, with the majority of women showing symptoms within the first two weeks.

The symptoms include confusion and disorientation, trouble sleeping, hallucinations (voices instructing the mother to harm herself or kill her child) and delusions (thoughts or beliefs that are highly unlikely to be true).

Mrs Abimbola Omotosho, a mother-of-3 has been married for over ten years and still remembers with shock how she almost hurt her last baby due to postpartum depression.

Omotosho recalled that she was happy when she was pregnant with her last baby but that happiness gave way to extreme sadness after she welcomed her baby boy. She said she couldn’t bond with her baby and had constant thoughts about hurting him.

The Lagos-based businesswoman told Saturday Sun that it was a terrible experience for her. She said that hearing her baby cry made her angry and she heard voices telling her to shut him up for the period her depression lasted. Omotosho said:

“I remember how I felt like pouring hot water on my last baby whenever I wanted to bathe him then. Something would just say, ‘pour the hot water on him,’ but I resisted the constant nudging.”

She said such cravings never happened with her first and second kids. She said she had her last baby through cesarean section and perhaps that gave her some mental stress. She added that it took the intervention of her mother to ease her stress and get her to start loving her baby.

Mrs Comfort Akpan didn’t acknowledge her postpartum depression symptoms until 7months after her second son was born. She said that at that point, she had begun to lose her mind and it was affecting how she took care of her son.

According to Akpan, she cried all day after he clocked 6 months and later on, the depression became serious because her thoughts were persistently negative and weren’t rooted in reality.

Akpan said that one day, she scalded her baby’s tongue with a very hot baby formula drink. It was so hot that her baby had to be admitted for days to be treated of burns.

“When I was asked what happened to my baby’s mouth, I lied, because I thought people wouldn’t understand why a mother would deliberately hurt her baby. What they didn’t know was that I wasn’t okay emotionally and psychologically,”

Akpan said that the episodes of dark and negative thoughts persisted until she opened up to her childhood friend who took her to her church for counselling and prayers. According to Akpan, heartfelt prayers helped her get herself back and she started bonding well with her baby.

Michelle Osamor started feeling sad, blue and moody two months after her daughter was born. She revealed that it first started with constant anxiety, worry, despair and then it graduated to hopelessness. She recalled that she cried all the time without any reasons.

The mom-of-2 narrated how she tried all the self care tips her doctor suggested to her. She said she exercised, tried to sleep well, and made plans to hang out with her friends. She regretted, however, that none of them worked.

Osamor revealed that it got to a point where she started having thoughts about killing her baby so that she could get her life back on track again.

Osamor said that even though she couldn’t bring herself to act on her dark thoughts, she still felt sick and needed help to overcome what she was feeling. She said she was constantly yelling at her husband and family members and one day, she left her baby with her husband and mother and disappeared for a whole day. Osamor said:

“The moment I left my baby with my mum and husband for a day was heart-breaking as I think about it now. I just wanted to get away from my baby because I felt she was the cause of my problems. But I’m glad that with professional help and counselling, I got better and overcame my depression.”

Okpata Grace Uloma said that the postpartum depression she experienced after having her first child turned her into an emotional wreck. The 26-year-old woman said she became paranoid and constantly anxious. She said she was totally convinced that everyone wanted to hurt her and her baby.

Okpata stated that it wasn’t a pleasant experience because it was the complete opposite of how other women described motherhood. She said at a point, she started asking herself if she was cursed because she didn’t bond with her baby or loved to be with her baby always like other mothers do.

“I was nonchalantly caring for my baby. I would sit and watch her cry for minutes without lifting her to pacify her. It was so bad that my husband took my baby to his mother’s house one Saturday evening just to get her away from me,”

Okpata added that one of the things that helped her overcome her postpartum depression was researching and learning more about the condition on Google. She said it was then she came to understand how anxiety and depression manifests itself in the mind. Okpata said:

“I learnt how to manage the triggers that can cause depressive episodes. My husband and I stopped watching the news and shows that talked about tragedies. I stayed away from social media to avoid reading sad stories.”

Okpata said she also became vulnerable with her family and getting close to them and being open about what she was going through helped her overcome what she was feeling. They supported her and made her feel safe. She said it took her months of deliberate self-care, self-talk and counselling to get over trying to harm her baby.

Mrs Felicia Maduka experienced severe anxiety after the birth of her first son. It got to the point where she couldn’t leave the house because she was afraid that he would cry in public and people would think she wasn’t a good mother.

Maduka said that after her second son was born almost two years later, she was so depressed that she barely ate and lost 10kg in eight weeks. Even though she was happy to have lost all the pregnancy weight she gained, Maduka stated that she knew she wasn’t okay mentally, emotionally and psychologically.

Maduka said she experienced detached emotions with her baby but somehow talked herself into loving herself and her baby the way nature made it. She added that it took a while for her to start caring for her baby properly.

According to Maduka, things changed after she had her third child. She said she became severely agitated and cried a lot. She couldn’t stand herself and she became mean to her husband. Maduka noted that her feelings for her baby was almost non-existent and her other children aggravated her mental stress.

“I opened up to my elder sister when I couldn’t take it anymore, and she referred me to a general hospital where I met with a psychologist. What truly helped me the most was the psychologist telling me that what I had was real and that I wasn’t crazy,”

SEE ALSO: Memoirs of A Mum: Mother of 2 Opens Up On Overcoming Postpartum Depression

‘Doctors Said I Was Too Fat To Have Triplets And Asked If I Wanted Them Terminated’ -Plus-size Mom, Ange Narrates Her Birth Story

Maduka revealed that hearing that made her feel at ease because she had this stereotype in her head of what postpartum depression was and convinced herself that it wasn’t what she was going through. She said that she had no idea anxiety and agitation could be part of postpartum depression and didn’t know it could be different after every baby.

Mrs Ufuoma Uguru had her first child last year. She said she enjoyed a peaceful pregnancy and gave birth when the time came. But she said things changed a month later. Uguru said:

“I remember almost losing my mind while struggling on my own to care for my new-born first child without being able to sleep for the first five days. Even food was almost forgotten.”

She said that her aunt showed up for her and helped her rest and get herself back. She noted that it wasn’t a pleasant experience having to deal with postpartum depression alone without having anyone to talk to who truly understands how you are feeling.

“It is sad that in Nigeria, the mental health of our women are not even considered after child birth. Women are expected to love their babies, bond with them and embrace motherhood with smiles. But some of us know this is not realistic,”

Patricia Chiegboka is a clinical psychologist based in Lagos. She told Saturday Sun that postpartum depression might be mistaken for baby blues at first, but noted that the signs and symptoms are more intense and last longer.

In her words, this may eventually interfere with a mother’s ability to care for her baby and handle other daily tasks.

She stated that symptoms usually develop within the first few weeks after giving birth, but might begin earlier during pregnancy or later, even up to a year after birth.

Chiegboka revealed that some of the symptoms of postpartum depression include depressed mood or severe mood swings, excessive crying, and difficulty bonding with one’s baby.

She added that other symptoms are loss of energy or overwhelming fatigue, fear that you are not a good mother, hopelessness, restlessness, thoughts of harming yourself or your baby and recurrent thoughts of death or suicide.

“Some new mothers also withdraw from family and friends, lose appetite or start eating too much, suffer from insomnia, intense irritability and anger while others have feelings of worthlessness, shame, guilt as well as severe anxiety and panic attacks,”

Chiegboka advised new mothers and their carers to be vigilant about some subtle signs of postpartum depression so as to get the much needed help immediately.

She said that if you’re feeling depressed after your baby’s birth, you may be reluctant or embarrassed to admit it but if you experience any symptoms of postpartum depression, call your doctor and schedule an appointment.

“It is important to call your doctor as soon as possible if the signs and symptoms of depression don’t fade after two weeks, are getting worse, make it hard for you to care for your baby, make it hard to complete everyday tasks and include thoughts of harming yourself or your baby,”