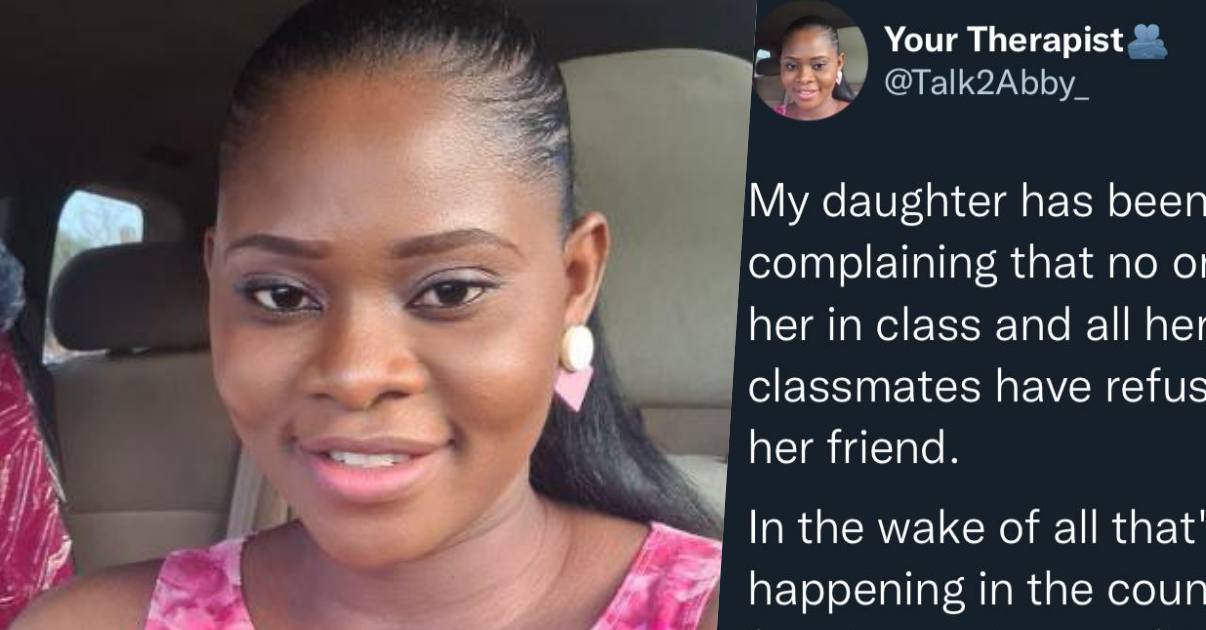 Omicron: ‘You Must Present Vaccination Cards To Attend Social Gatherings’ -Governor Babajide Sanwo-Olu Issues Fresh Guidelines To Lagosians And It’s A Must Read!

A Nigerian mum has narrated how she discovered her daughter was having issues at school and how she handled the situation.

Following the tragic death of 11-year-old Dowen college student, Sylvester Oromoni Jr who was a victim of bullying in school, the Twitter user, @talk2Abby_ revealed her daughter opened up to her about having problems with her classmates.

She said her daughter complained that no one wanted to be her friend at school, so she sprung into action and decided to visit her daughter’s school unknown to her, to know what the problem was. On getting to the school, she engaged her daughter’s classmates in a conversation.

She said from the discussion she had with her daughter’s classmates she discovered her little girl was the one causing trouble in her class.

She added that she immediately corrected her daughter’s behavior and watched her apologize to the entire class. Narrating her story, she urged parents to do better.

READ ALSO: Sylvester Oromoni’s Death: Singer, Simi’s Mum Dishes Out Some Valuable Advice That Will Proof Useful For All Parents

Read her story below,

“My daughter has been complaining that no one likes her in class and all her classmates have refused to be her friend. In the wake of all the happening in the country lately (you know the story) I decided to pay her a surprise visit in school today.

Called the school that I’ll be picking her up instead of the school bus. Got there early enough to meet her classmates. She was so happy to see me and her friends as well. I sat down with them & ask “who amongst you don’t want to be Olivia’s friend again?

Everyone raised their hands

I cringed. “why please”? Everyone: because she is always looking for my trouble and will not say sorry.

So apparently, madam is the Queen B of the class and has been bullying everyone, so not fair at all.
We had the talk in front of her classmates. I told her that if you hurt your mates, they’ll never want to be your friend and if you say sorry to them you have to mean it & not repeat the same mistakes.

Most importantly if anyone hurts you, report to your teacher. She apologised to everyone and meant it this time.

I’m glad I went there to find out the truth and not assume, as parents we need to do better.”

ALSO SEE: Nigerian Dad Shares The Candid Letter He Wrote To His Son’s School Before Withdrawing Him Over Bullying 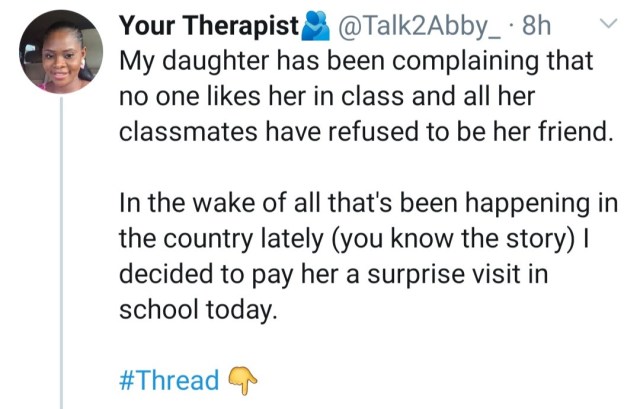 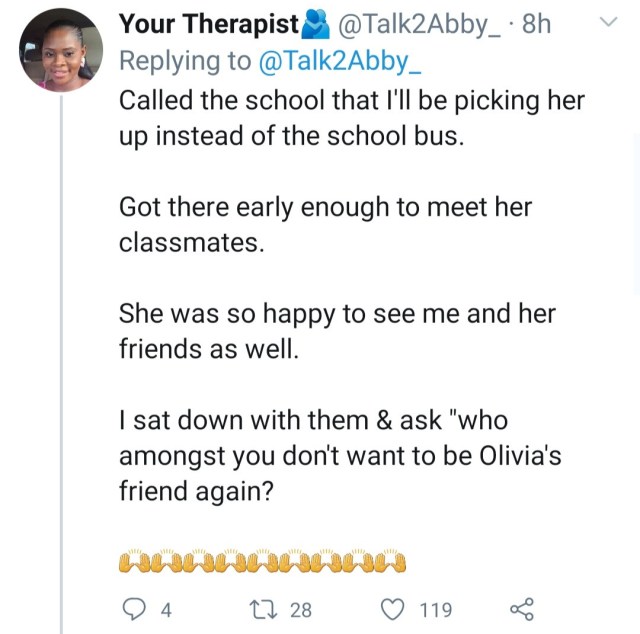