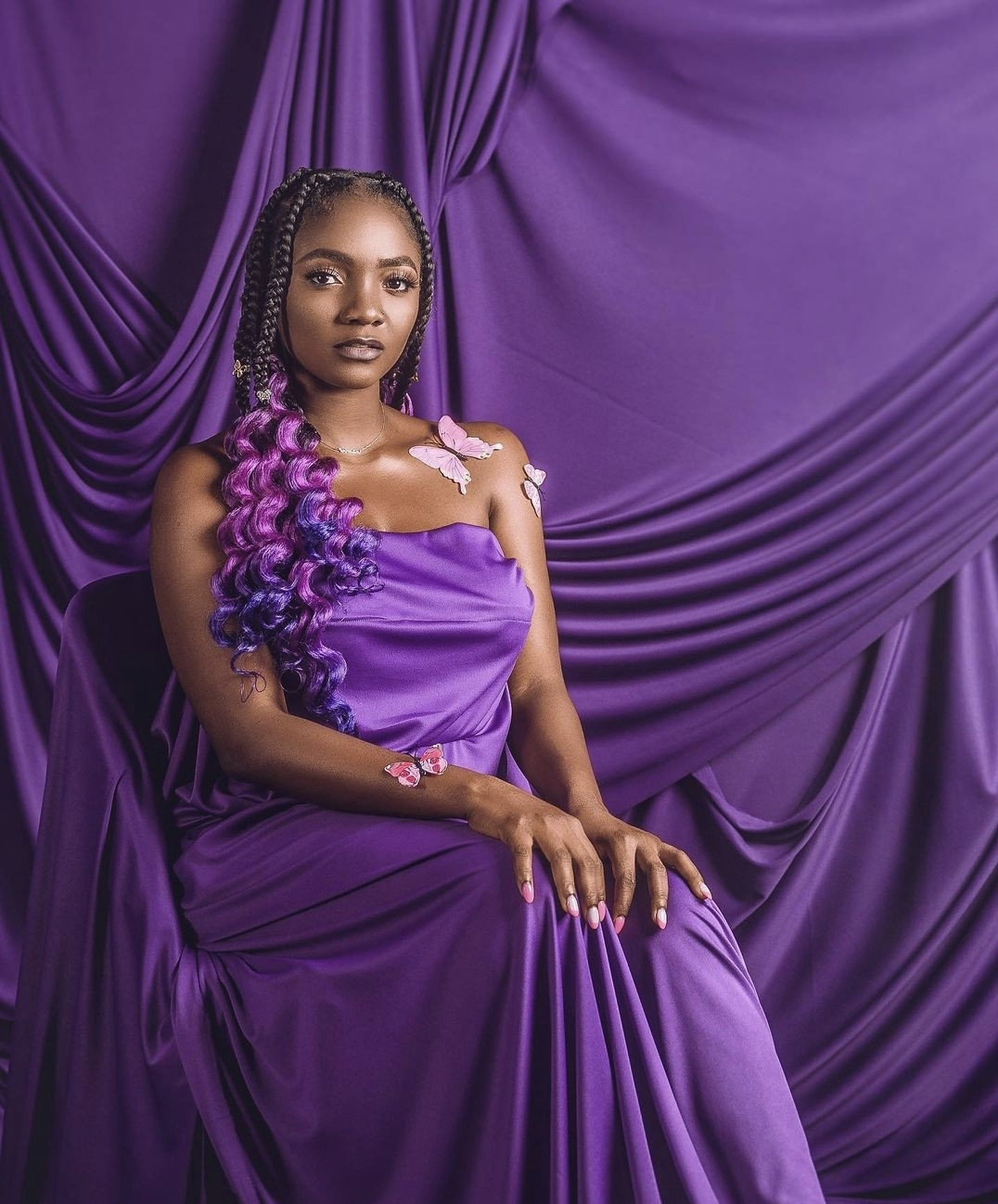 Following the tragic death of Dowen college student, Sylvester Oromoni who gave up the ghost after an incident in a boarding school, popular Nigerian singer and mother of one, Simi, has expressed her disapproval of parents who send their wards below 18 to boarding school.

According to the ‘Duduke’ crooner, the age some children are sent to boarding schools is so sensitive and that they need their parents at that time.

She went further to say even daycare and primary schools are traumatizing for some kids but a lot of parents don’t pay attention to that and rubbish it with the saying that they also went through the same thing and didn’t die as a result of that.

Simi added that she has never been an advocate for boarding school adding that most kids who want to go to boarding school do so for some reasons and many parents do it because they want free time for themselves at the expense of their kids, which is bad.

Y’ all please don’t leave your babies in his hellish schools after you notice something is off because you think it will get better or because they apologised.

Even daycare, primary schools, Many of them are traumatizing children, but many parents don’ t even pay attention. “They beat me too. I did not die.”

Also, I ‘ve never been an advocate for boarding school. That age is so sensitive. They need you. Most kids that want to go often do so for sus reasons 101 and many parents do it cos they want free time.

They need you. Even when they say they don‘t or they’ re mad at you they need you. They need you to be present, to be in their faces and knowing everything about them. They need to be able to come to you for everything not just to see them 3—4 months in a year, but to each his/her own I guess.

The world is not a kind place. We have to stand in the gap for our children.

Everyday. God help us. It ‘s painful that a child had to lose his life for these conversations to be happening.” 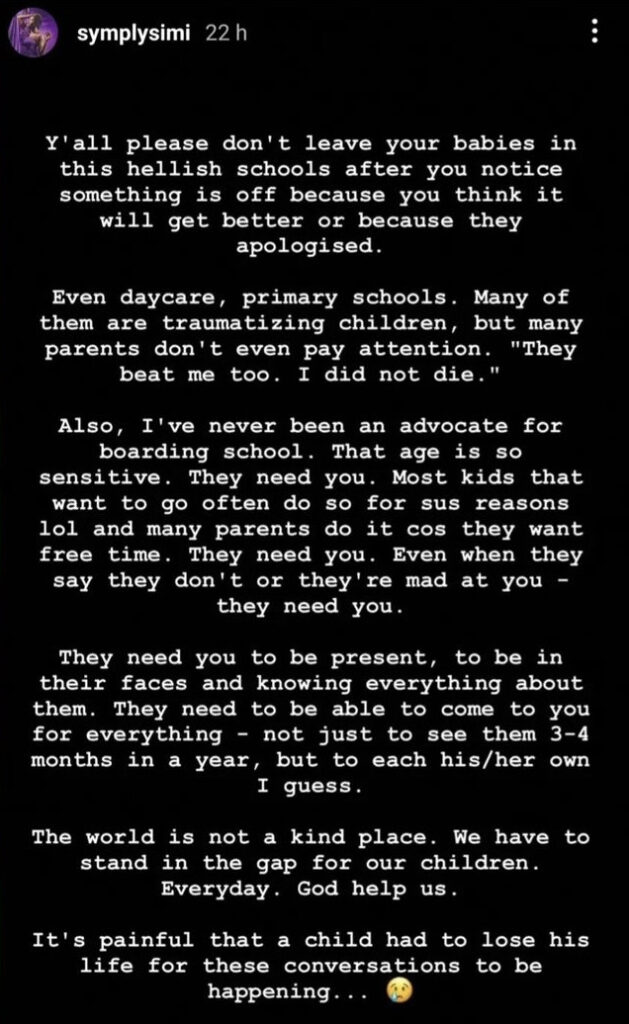