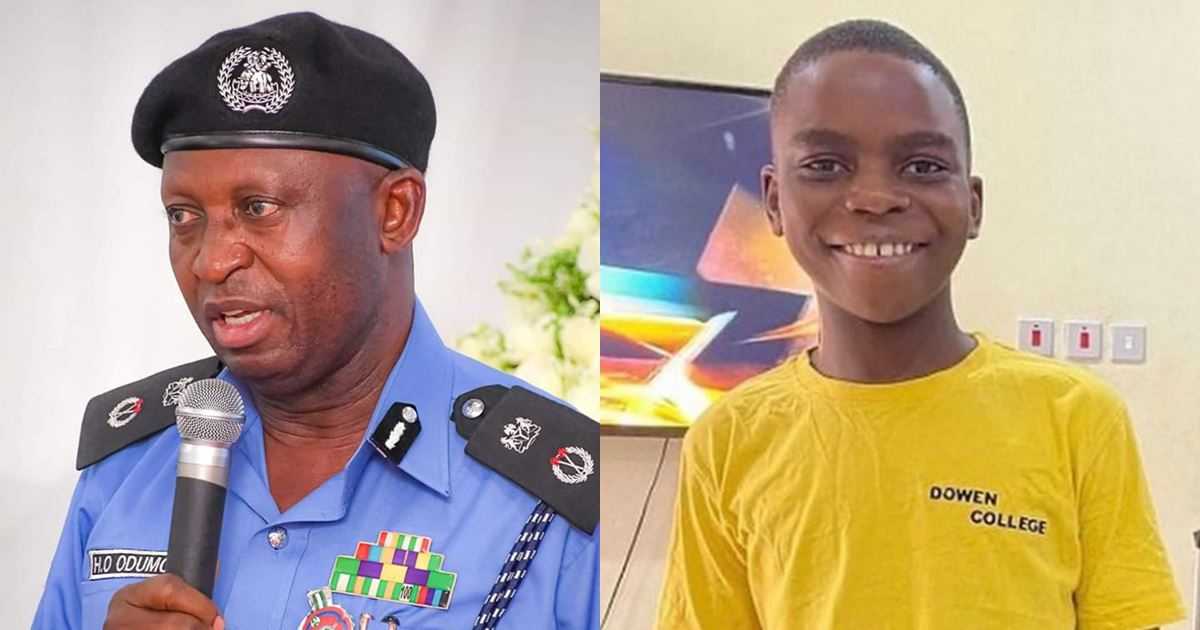 Speaking this afternoon during a press briefing, Odumosu said the results from the first and second autopsies carried out on Sylvester’s body in Delta and Lagos state indicated that he died a natural death and that there was no evidence to establish a case of bullying.

”A post mortem examination was initially carried out on 2nd December, 2021 by a Consultant Pathologist, Dr. Clement Vhriterhire of the Central Hospital, Warri, Delta State.

The result of the first autopsy dated 10th December, 2021 attributed the cause of death to ‘acute lung injury due to chemical intoxication in a background of blunt force trauma’.

However, toxicology screening was recommended and also carried out. While waiting for the result of the toxicology, another autopsy was ordered by the Coroner Magistrate in Lagos because of the status of jurisdiction.

The corpse was, therefore, moved with armed police escorts from Delta State to Lagos State by TOS Funeral and the autopsy conducted at the expense of the Lagos State Government.

The second autopsy was carried out at the Lagos state University Teaching Hospital on 14th December, 2021 in the presence of representatives of all the parties involved in the case.

Odumosu further stated that before the expiration of the 21 days remand order, the families of the accused students applied for their bail at the Magistrate Court 1 Yaba and that the application was approved hence the students who were earlier remanded at Boys Home, Oregun were granted bail.

The police boss added that the House Masters were also granted bail after the expiration of the 21 days remand order.

”The result of the second autopsy carried out in Lagos was released on 21st December, 2021. The result attributed the cause of death to ‘Septicaemia, lobar pneumonia with acute pyelonephritis and pyomyositis of the right ankle’.

On 30th December, 2021, the toxicology screening results of the first autopsy carried out in Warri was released. The result issued and signed by Dr. Clement Vhriterhire, the same doctor who carried out the initial autopsy attributed the cause of death to ‘acute bacteria pneumonia due to severe sepsis’

At the end of diligent investigation carried out so far, there is no evidence to establish a case of torture, bullying and forceful application of poisonous substance against the suspects.”

Odumosu said all the suspects denied the allegations of torture, bullying and administering of poisonous substances to the deceased.

He mentioned that the allegation that the deceased was being forced to join a cult group was also not established as other students interviewed denied this. He was quoted:

”Final results of the post mortem and toxicology examination conducted both at Warri and Lagos agreed that the deceased died a natural death.”

ALSO SEE: #JusticeForSylvester: Eye Witness Who Claims Was In The Room When Sylvester Oromoni Was Beaten By Senior Students Speaks

“For purpose of clarification, it is pertinent to convey to members of the public in simple terms, the commentary/submission of Dr. SS Soyemi, the consultant pathologist who led a team of pathologists to carry out the autopsy.

He declared and I quote: Sylvester Oromoni Jnr, a 12-year old student of Dowen College, Lekki, Lagos, reportedly died on November 30, 2021 at a private hospital in Warri, Delta State.

It was alleged that the deceased was physically assaulted and poisoned in the school prior to death. The first autopsy was done in Warri on December 2, 2021.

Our findings at the second autopsy include marked pallor of organs, pneumonia (infection of the lungs), infections of the liver and kidneys as well as the heart. These infections emanated from the ankle infection described earlier in the report. Microscopic sections also confirmed these findings.

Death was caused by Septicaemia following infections of the lungs and kidneys arising from the ankle wound.

No evidence of blunt force trauma in this body. The findings in the oesophagus and stomach are not compatible with chemical intoxication.

Death in this case is natural.”